came across this last week, not sure if anyone already post this. The movie Last Blood has a scene of a half dozen henchwomen getting cut down. (the scene starts about 16:00)

Amazon Shark said:
Just our luck they announced production teams are taking a hiatus from Star Wars films for something like 2 years, so it'll probably be at least 3 or so years before the next movie... but perhaps things have shifted to the TV shows like the Mandalorian so I would keep my eyes open there for now.
Click to expand...

the last EP of The Mandalorian had the main character Djinn the bounty hunter and 2 of his associates fighting their way out of an overwhelming Stormtrooper force sent by Moff Gideon. Many of the stormtroopers were volunteers and in fact some were women. A lot of the stormtroopers got taken out but unfortunely there werent really any female groan or scream to indicated if any of them die on screen (i suspect they did and is the show runner just decided not to dub in their scream.) Hopefully season 2 we see more of the same. 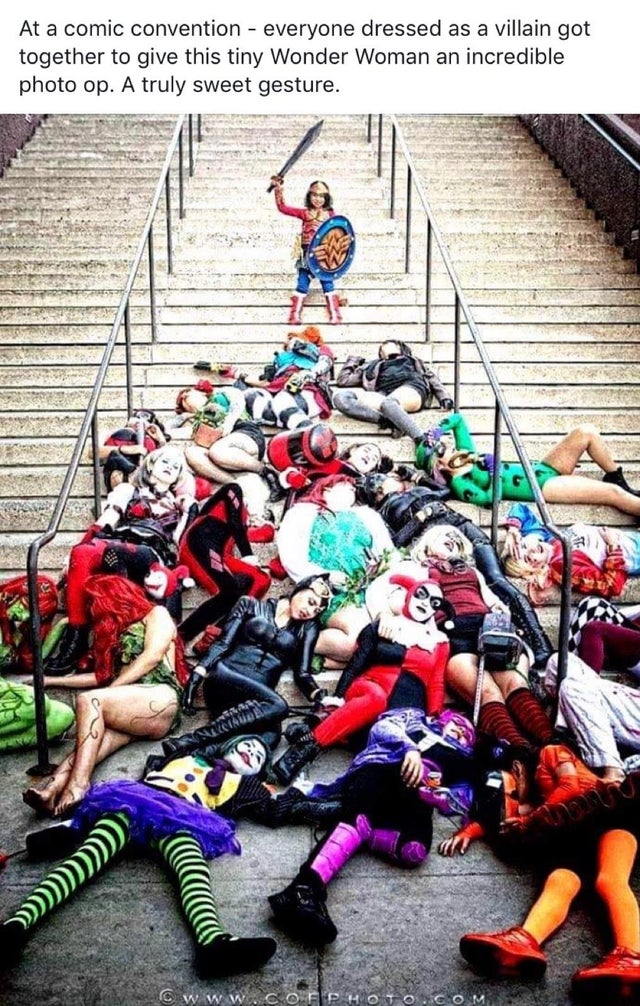 lol This is so hilarious! XD

Here is a vid of the female First Order officer from the Disney ride Rise of the Resistance.
If only i had a blaster on me
First Order
(Pics of different officers...) 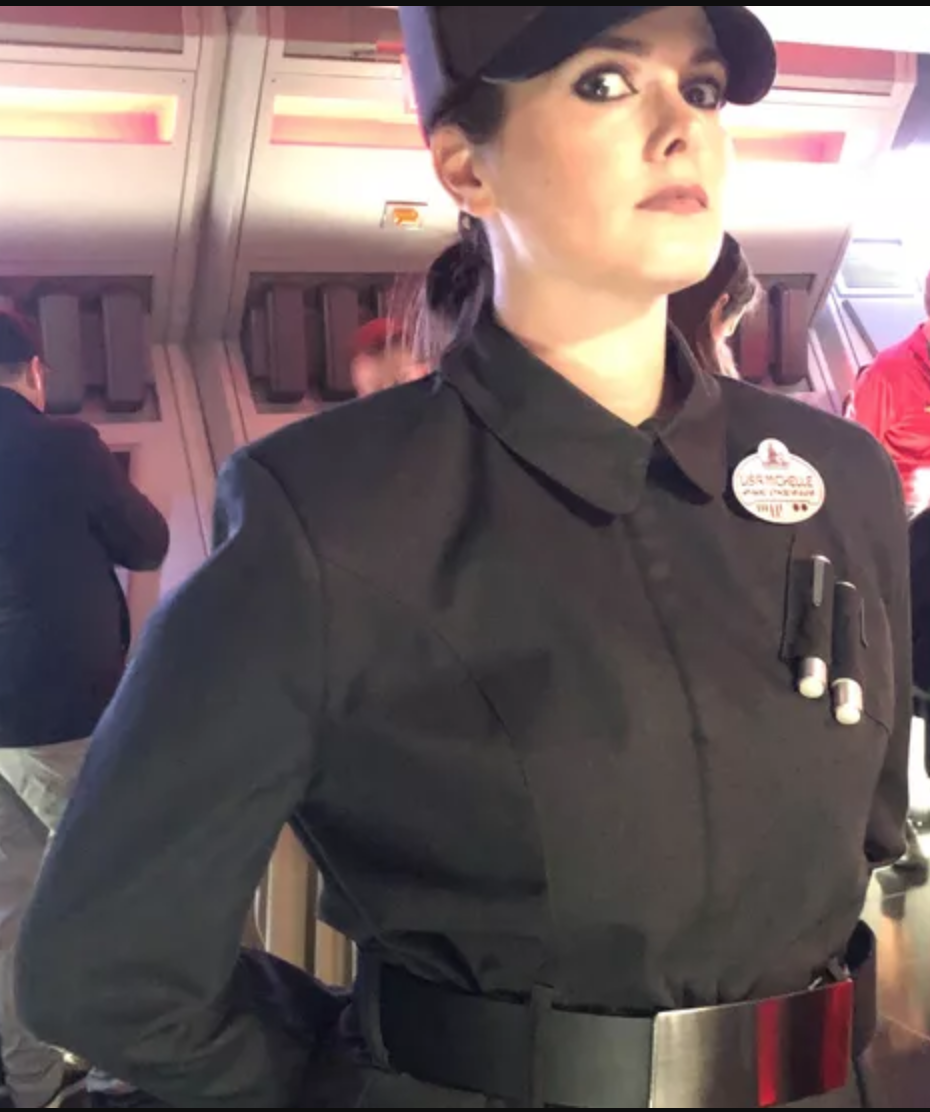 pretty cool to see the cast members dress the part and play the part of henchwomen in a fictional military group. This kind of got me wanting to visit Galaxy's edge. I just have a feeling we as visitors wont be able to blast them away like their video game counter part. (one can only imagine) I do remember seeing somewhere online that Disney Park do sell replica First Order officer uniform, really be cool to get those and cosplay as one of them.

Cool photos, sadly the link however does not work. This lady certainly does fill out the uniform!

Btw, recently saw Jumanji - The Next Level, the main villain has quite a few henchwomen in his army of ragtag bandits and mercenaries. None are dressed provocatively, sadly, mostly armor or just jackets. They get knocked around and taken out in huge piles same as the men, though!

I remember Danger 5 had an EP with German Henchwomen in shiny outfit being taken out, the scene started around 9:19.

I remember Danger 5 had an EP with German Henchwomen in shiny outfit being taken out, the scene started around 9:19.
Click to expand...

They had a ton of henchwomen in a lot of episodes, yeah this last one with Nemo had cute ones taken out with harpoons. And also clones of the heroines. But previous episodes had "diamond girls" - nazi babes with diamond skin (whom they could still kill with diamond bullets)

Just saw this Cinema Snob review of 2020 Texas Gladiators, gotta find this movie, has some amazing post-apocalyptic bandit girls, the black one has a great death scene.

There are 2 parts:
- Future Century Amazones
- Future Warrior Amazones
in both films there are fighting between female soldiers.

Black Widow will be fighting a bunch of other widows

a couple of other shots show scenes such as:


If this movie ends with Black Widow convincing the rest of the Widows to join forces with her and fight the men, I'll be soooo annoyed!
Last edited: Jan 15, 2020

from a Chinese comedy, I like the design of the zako, too bad they don't put more effort of doing a real action scene

Yeh. i made it temporarily unavailable out of annoyance after less than 24 hours after i posted it on Twitter,

JonCujoh reposted it here with no mention of the original source. "Thanks to Zakocollector on twitter for finding this clip...".
The same tweet also talked about my hatred of people who dont find their own material and just repost stuff (and claim credit)
Its something that has happend a lot over the years, it just bugs me.
Petty? Probably. Lol

Movie: Buddies in India (2017)
(The whole movie's available on youtube)

Anyway, I personally love the setup, with a whole bunch of female goons attacking and getting knocked around (especially liked the 4 girls getting knocked into the large water jugs, where you can still see them struggling to get out at the end of the fight).

However, I really wish they slowed down the camera work and editing so we can get a better view of the action.
Still, it's been a scene I've gone back to plenty of times over the year, and helped inspire some of my Honey Select artwork (have some scenes in my ongoing Squirelletes story that took inspiration from this clip)

Ps.
I have doezens on new zako clips that havent been shared here yet. Asia is a goldmine for modern movies/tv shows with zakos.
If you want a tip for finding new zako scenes, check out action comedies and kids action movies from china, Vietnam, Indonesia and Thailand. I've found a bunch of new zako stuff over the past year by just spending some time with google translate, keyword trial and error, and skimming through hundreds of random movies.
Last edited: Jan 16, 2020

JonCujoh said:
from a Chinese comedy, I like the design of the zako, too bad they don't put more effort of doing a real action scene

Those girls look amazing. Each has different but sexy outfits! They remind me of the scantly clad amazons from that anime people posted from recently... some Isthar house girls or something, forgot the title.
H

I'm looking for a zako in this style, but only with female characters. Do you guys know any?

Heelflip said:
I'm looking for a zako in this style, but only with female characters. Do you guys know any?

This type of zako scene is really common. I have a lot of them.

If you contribute to the board, ill post one of them
H

Minion said:
This type of zako scene is really common. I have a lot of them.

I can contribute, but you are talking about bloody and best videos and not more female combatants right?
You must log in or register to reply here.
Share:
Reddit Pinterest Tumblr WhatsApp Email Link
Top Bottom