Dark_Messiah said:
Does this still work?
Click to expand...

thanks Any news on development? Or an invisible armor or something?
Last edited: Oct 1, 2018

Dark_Messiah said:
thanks Any news on development? Or an invisible armor or something?
Click to expand...

Yes, but from what I know of this server it's technically not allowed even though it doesn't affect gameplay, so follow the usual nude mod rules (don't post screen caps, you take responsibility if you get banned for using it, etc.).


Araedi said:
So Ive tried to install this but the program cant find the path to game_pak any suggestions (i think I may be dumb)
Click to expand...


Dark_Messiah said:
thanks Any news on development? Or an invisible armor or something?
Click to expand...

Tricky. Since the original mod, a few things have internally changed. Some costumes can be turned invisible, but each file has to be individually edited and I have neither the time nor desire to do something like that. The old trick of using default appearance no longer works from 3.0 onward.

I'm sorry I've been so absent, folks. My life has not allowed me much time to work on this. I've not given up on some of the things I set out to do, but as it stands the mod does function as intended. I will try to be around to offer support as I can. I'm not a programmer, artist, nor advanced software developer. What I have the power to do is incredibly limited.
A

Hmm the issue seems to be that I have 2 locations one on my D drive and one in my C drive my D drive is my 1 tb hdd thats where I installed but the C drive has a game_pak file as well.

vvshadowfangvv said:
Yes. Can confirm now that the nude mod still works in current official Trion ArcheAge game. Finally succeeded in getting it to work for that. Still having issues with getting it to work for the private server ArcheRage. please can anyone help me understand what I am doing wrong and what filepath I should use of the three possible ones on my C drive. D:

This pic just taken tonight. She looks lovely. :D Thank you Tim and Quaren and all who made this possible. ;)
Click to expand...

Check your shortcut for ArcheRage to see what it's opening. It sounds like you're running multiple installs and modding a different one than you're playing.

EDIT: Try manually typing it instead of copy/pasta? Also those "working" things may be shortcuts.
Last edited: Nov 12, 2018
R

Does not work after 5.0 update for me.
Patch goes successfully, game launches, but in several seconds u get this (it is disconnect message i guess by number of symbols) 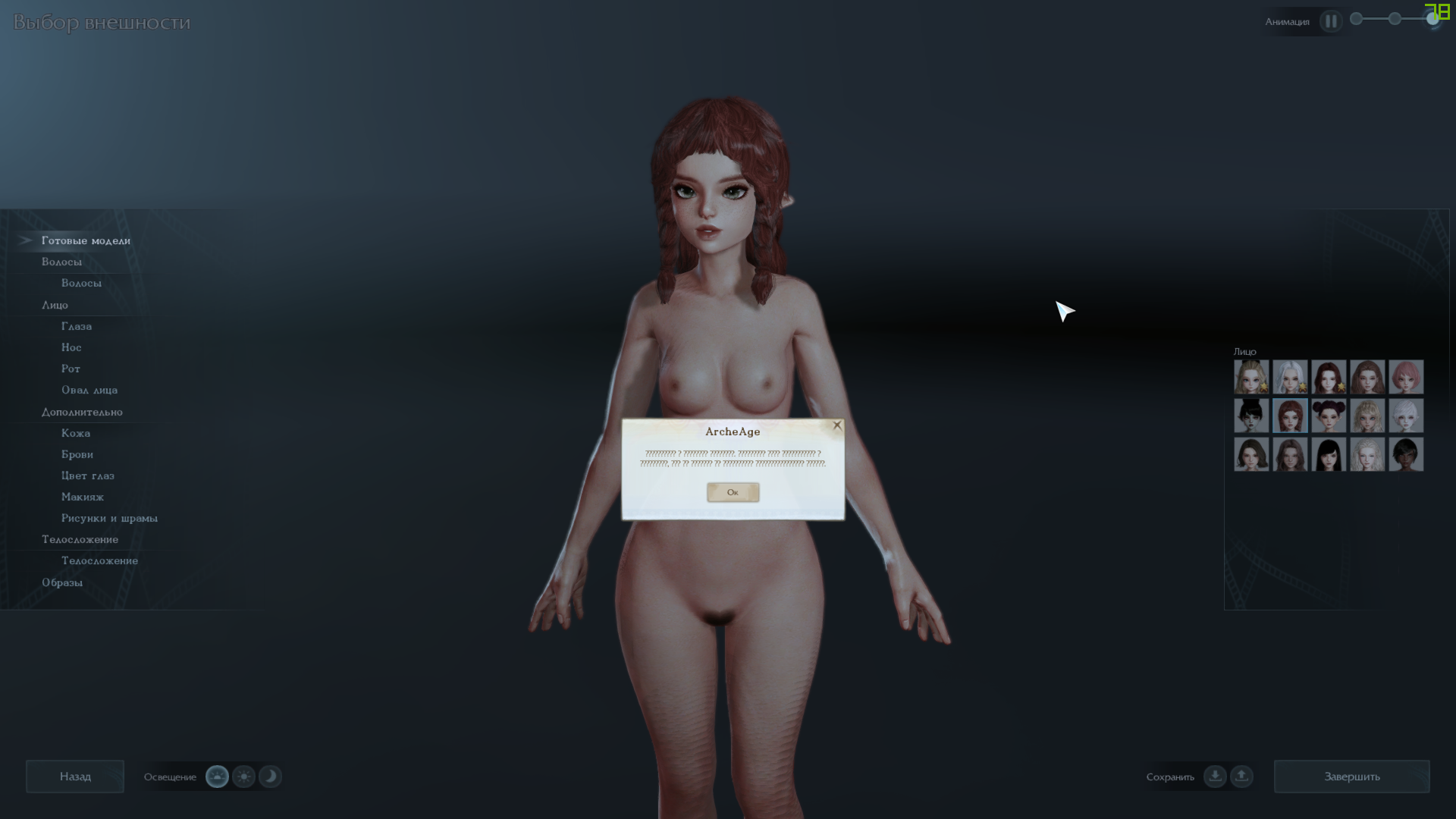 The mod is designed for 3.0. I would have to get my hands on some 5.0 files to try and make a working version for it. DO NOT USE IT! You may get banned.

Still no news about shaven textures for other races ?

( Thank you very much for working on this anyhow )

Giulio said:
Still no news about shaven textures for other races ?

( Thank you very much for working on this anyhow )
Click to expand...

I'm afraid I'm not any sort of artist, so no. Not without someone else to make them.

So. I updated a while ago to include shaved textures for Warborn. Like the spaz I am, I did not actually update the readme, mod page, or RM entry. Fixed now. Looks like someone even told me a while back and I wasn't paying attention! 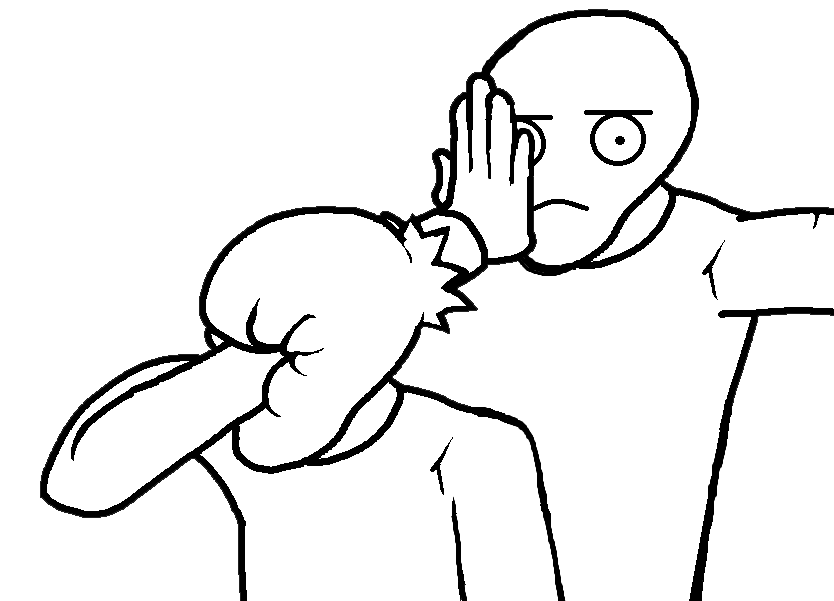 ArcheRage is using 3.5, apparently the files have different hex addresses in the game_pak file vs the live game

hi is this a different version from the 3.0 nude mod post? I've tried to install the 3.0 and it just doesn't work 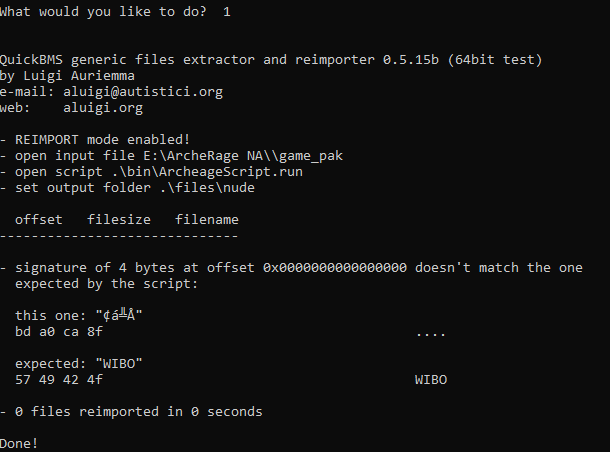 Update: tried with your version Age of Naturalism and the exact same error happens
J

its because Archerage uses different hex addresses for its game files in the Game_pak rendering the existing nude patch unusable on Archerage until the addresses are fixed. Archeage =/= Archerage

Looking into it I believe ArcheRage did this specifically to make modding difficult if not impossible. I'll have to see if the config files can be rewritten, but at a cursory glance I'm not optimistic. The hex characters used do not save properly in the way the config file formats handles data. Just trying to do a basic switch on the config causes the program to fail.

Tim Mae you've messed with the repacker a bit more than me. Can it be configured for this hex? I've not had a minute to sit down and toy with it.

Just a warning. Tim is extremely elusive. This may have to wait for now until I've had a chance to seriously mess with it.


jammerg55 said:
its because Archerage uses different hex addresses for its game files in the Game_pak rendering the existing nude patch unusable on Archerage until the addresses are fixed. Archeage =/= Archerage
Click to expand...

Fortunately the program only cares about the first four bytes. Worst case you should be able to simply hexedit game_pak to make it moddable, then change it back once it's modded. Though I would have to try that.

Wonder if I could write a VBScript to do just that.... Might be easier to just include such a script with the mod than try and reconfigure the program for ArcheRage.

ah I didn't know it was something they did :x my bad I decided to test this server since "oficial" archeage has been destroyed by p2w and people recommended me to try this server, no idea if its any better tho.
I've only played up to level 10, and I'll be honest playing a game I've played before with nude mod without nude mod kinda makes it boring, maybe I'm a perv, but idk when I first played WoW with nude mods and came back to find it was broken for whatever xpac it was I just quit until they managed to fix the mod then I came back.
I know you didn't sign up for making the mod for private servers and I wouldn't have asked for it if I knew they even could edit that stuff, I just thought private server would copy and paste those files and connect them to a server, thanks for even considering looking into it.
Last edited: Apr 14, 2019
J

I've never been good at hex so i dont know how make use of this information to make an ArcheRage bms
Last edited: Apr 14, 2019
You must log in or register to reply here.
Share:
Reddit Pinterest Tumblr WhatsApp Email Link
Top Bottom