So recently Iago’s excellent Bathroom Dialogue, which makes great use of DrZombi’s MoreTriggers overlays, inspired me enough to peek out of Lurkerville and finally do some bathroom scenario dialogues I always wanted to do.

I cobbled together cobbled together two dialogues starring to original characters from a friend willing to let me pervert them, mostly as a proof of concept. I posted videos of them on Iago’s thread about the Bathroom Dialogue. Those test dialogues were pretty much Frankensteined from dialogues by Blue_Box -- specifically "Bad Girl," "Priestess and Bandits," and "Night at the Church" - mashed together with action triggers from the Bathroom Dialogue and DrZombi's HuniePop Audio Triggers. I didn’t really feel those dialogues were worthy of posting as actual .txt file dialogues for the Loader because of their pasted-together nature and how shoddy and buggy they were.

I did take the second dialogue prototype, however, and used it as a basis for a Dialogue starring D.Va from Overwatch, mostly to repay my buddy for letting me use his characters since D.Va is his favorite. It still follows mostly the same sequence of positions, and some of the lines are mostly the same, but I heavily refined the dialogue based on the templates of Blue_Box’s dialogues. They’re a bit less buggy and run smoother now, and my testing with my personalized Loader pack (dialogue included within, see attached) had it run all the way through after several runs. Be warned that there's rape and NTR themes in the dialogue just in case you aren't into that.

The dialogue uses D-Oxygen’s D.Va Static Hair and Samoth’s D.Va Exposed costume. The hair is in the Loader packs INIT files and doesn’t need to be loaded, but the exposed suit is optional and you decide whether to load the swf or not. The dialogue works either way with D.Va naked or with the exposed suit. Like Blue_Box’s dialogues they’re mostly a script for a little “movie” and don’t require user interaction. It still makes full use of the HuniePop Audio Triggers and overlays from the Bathroom Dialogue. I still couldn’t figure out how to integrate buttons without them being buggy and disappearing under the overlay, so if the dialogue dies (you can tell because the dialogue was written to fade to white to and end screen at the end) I’m afraid you’ll have to reset and close the Loader and start all over. Preview images are attached below.

Specific Instructions:
EDIT: Reuploaded the Loader pack since it seemed to be missing when I tested a download from this thread for some reason.

I've never played Overwatch but goddamn would I be lying if I didn't admit their female characters are just down right stunning. So I'll definitely give this dialogue a run though. D.Va is also one of my favorites.
H

Ctrl+F for the words "D.Va Defiled Loader Pack.zip". Your browser will highlight a line of text. That's the filename of one of the files attached to the first post of this thread. Click that filename (or click the empty "thumbnail image" to the left of it). You'll be prompted to Open or Save the file. Choose Save.
A

this didnt work for me.

aidenthegreatm8 said:
this didnt work for me.
Click to expand...

Everytime i launch it i just opens up normal SDT, nothing is differnt

aidenthegreatm8 said:
Everytime i launch it i just opens up normal SDT, nothing is differnt
Click to expand...

so ive been trying to get this shit running since 2 hours now but all i got is so far... 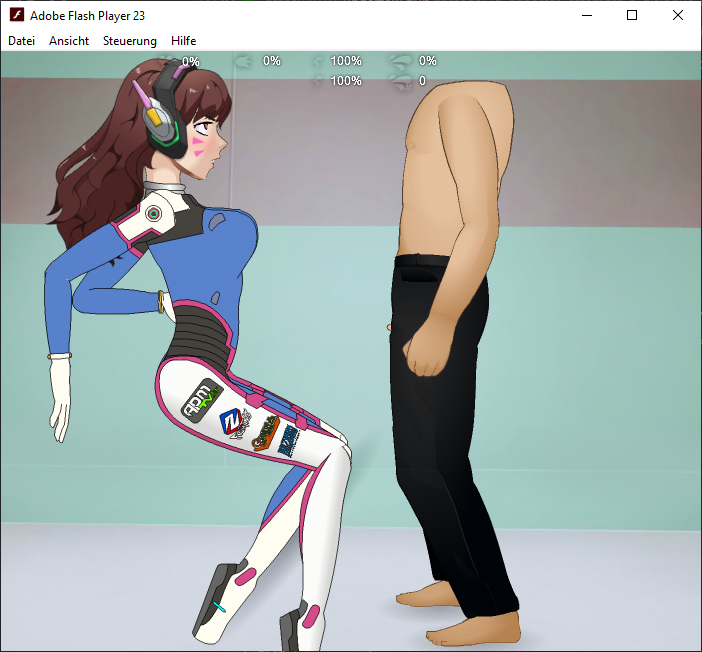 it fails to load the bathroom and after some dialogue it just ends...


EDIT: just noticed animtools is outdated which is included in the pack... i bet alot of other stuff is missing aswell... meh
Last edited: Jun 10, 2019
You must log in or register to reply here.
Share:
Reddit Pinterest Tumblr WhatsApp Email Link
Top Bottom