Greetings. I've downloaded the MoreClothingV5_3 from Sby, and even searching through it's files, I cannot find stuff like, for example, hooves; (Not like the MLP ones, but something more like this). 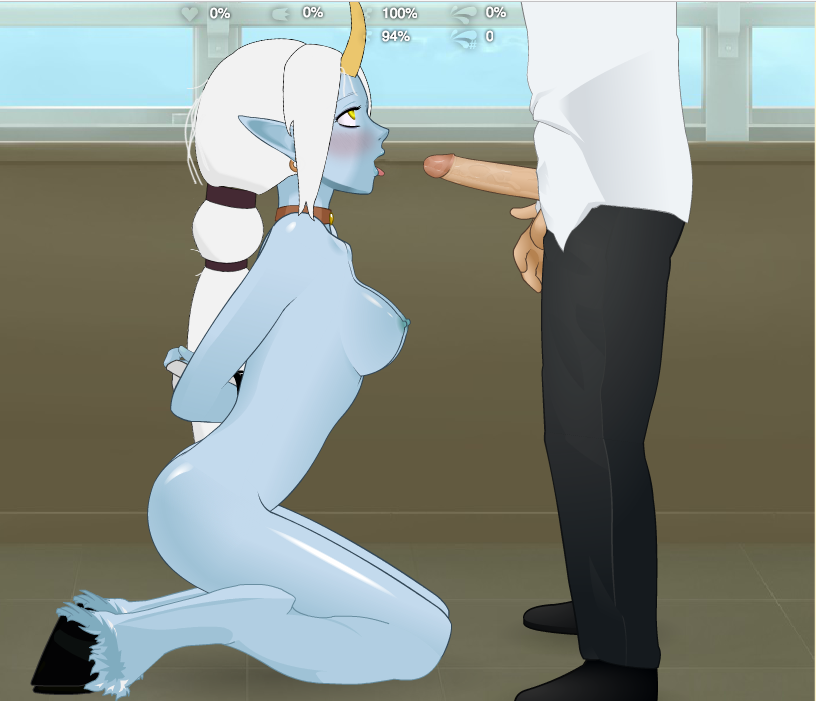 I don't know if I'm missing something, but please, I would really apreciate if you could help me with this.


TrixieLulamoon said:
Greetings. I've downloaded the MoreClothingV5_3 from Sby, and even searching through it's files
Click to expand...

Please be aware that moreClothing is mechanism for organizing and activating mods. It saves you the difficulty of manually fiddling with individual SWF files during gameplay, and therefore makes the user experience much more welcoming for newcomers. By default, it includes a few dozen mods - selected on the basis of popularity and compatibility.

moreClothing is not, however, a complete set of all the new content which exists. There is a whole set of files (called "Loader mods") which is ineligible for use with moreClothing, because these mods do not divide neatly into the standard categories (shoes, pants, shirts, etc). There are also thousands of vanilla import files which sby has omitted from the default moreClothing set -- partially because they're less popular, but mainly because including all possible files would be insane (the game's startup would require 10 minutes or longer). Each user is expected to customize their own moreClothing folder, to remove files which don't appeal to them, and add new files which correspond to their own favorite characters or themes.

When you believe that you're missing a file, or you see something interesting in a screenshot, your first recourse should be to Search the Undertow website for any relevant keywords. Even if you believe that it's a bug, a simple Search may help you to understand the bug (or identify a workaround). If you believe that there's a missing file, then a Search can help you to locate the file (or you might discover that the file was removed because it's not actually needed anymore).

This particular mod was created by @dantethedarkprince. It is named Hooves.swf. The mod was originally intended to depict Tauren hooves, but it's missing from the "World of Warcraft" section of Dante's thread. It's presumably included in one or more of the Archive download packs provided by Dante, but I'm too lazy to figure out which one. Here's a download link for that specific file.

It's always useful to provide as much context information as possible. Posting a screenshot is good, but including a hyperlink to the source page is even better. In a few cases (like Deadreaver's work), the screenshot may have actually been manipulated to depict the character more accurately. In other cases, a screenshot might show an old mod (which is no longer compatible with SDT) or a private mod (which is not available for download). Hence, if you simply post a screenshot then people might waste time on a hopeless search. We're always willing to offer assistance, but we can do so much more effectively when we know where the image originated.

In this case, it seems probable that @Sharklasers had simply extended his copy of moreClothing to include a few non-standard items. When he suggested that users employ the Hooves mod, he simply assumed that everyone already had access to that file. SDT users tend to accumulate a lot of mod files over time, so this kind of mix-up is common.

You're able to do the same thing as @Sharklasers. You could add the Hooves.swf file to your own local moreClothing configuration, so that you'll be able to easily "toggle" the hooves on and off during character customization.

Alternatively, you could use the "Character Folders" technique (described in the Newbie Guide) to associate the Hooves.swf file with specific characters. Doing so would allow you to leave the Hooves out of your moreClothing registration, which may be convenient. Fewer mods in moreClothing means that your game will startup more quickly.

for this specific example, it is the she-devil mod on the body2 menu. however with the stock moreclothing settings, i also include the devil tail.

or mentioned by stuntcock, grab the hooves mod and make its own entry, it would most likely be:
Hooves.swf=Hooves:Body>Body2
(i usually place body replacement kind of mods on body 2)