Hey all, Marvel's Avengers the game is coming 9/4/2020. Almost a month away.
Why is this relevant - you can play as Black Widow and I'm pretty sure there'll be some great ryona moments. 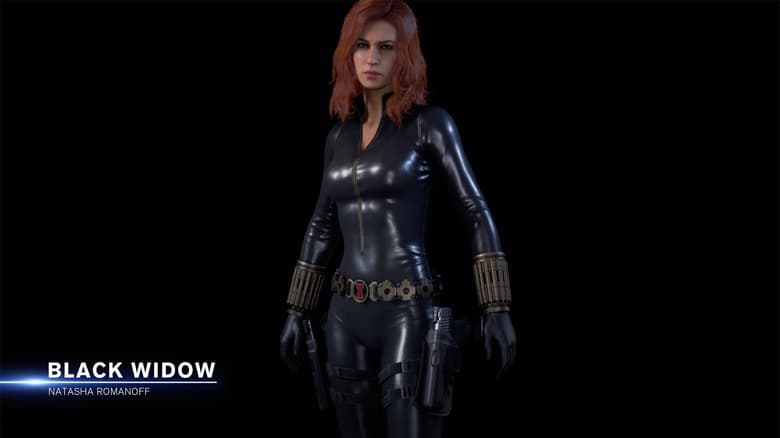 Probably going to "pre-order" it so I can get in the BETA and try it out. Apparently, the BETA includes that entire boss fight with Black Widow vs Taskmaster which looked to have a bunch of failable QTE sequences. Also, it will allow you to choose Black Widow and Kamala in the other modes as well.

So it should give us every opportunity to see what kinds of ryona this game will offer.

My main worry is that there won't be any KO/death animations because of the game's focus on co-op. A worst-case scenario will be that when your character's health bar runs out you will just go down into a kneeling position so your teammates can revive you. This would absolutely kill most of the ryona for me. Then I would just be left with QTE failures.

Let's also hope that enemies actually have some grapple type attacks that lead to unique animations and KOs/deaths.

Either way, I think I should be able to try out the BETA and still cancel the pre-order before the game even releases if it ends up being a disappointment.
M

So someone very politely posted some deaths...it's a bit disappointing and you'll see why:

Ryonani Teamster
Glad you found this. The beta story mission against Taskmaster has some better deaths, but I have yet to find anyone who failed the QTE's, or a compilation of those death scenes. I don't have the beta msyelf, so I'm still waiting on someone to get around to it.

Ol' Crystal Dynamics and their quick-fade to black death sequences are a let-down, as always. Hopefully someone will find a way to freeze it and eliminate the fade-out, as they've figured out for the Tomb Raider games.
M

Seriously? better deaths with Taskmaster?! HELL YES - that's what I want to see for sure. she was so arrogant with the Taskmaster that I wanted to see him kick her spandex ass.

I have faith that someone will easily successfully mod it so there isn't that transition at the end during her death.

hope for some grabs and more electrocution. I am digging the variety of costumes she has though!
A

Ryonani Teamster
There's a grab at the 19:00 mark of this (very long) video, plus it's the highest difficulty so the player gets beat up quite a bit throughout. Unfortunately it's co-op so he's successfully revived each time.

Thanks for posting the vids. Yeah, several issues that are not at all surprising at this point, lol. The shitty black and white filter and the fade to black suck, of course.

However, I also have a problem with the actual death animations themselves. They seem to be unique for each character which is both a blessing and a curse. Usually a curse for me, though. I generally like spread eagle type of KO or death poses and if a dev makes a female specific death animation it's almost never to my tastes. They always fall to their sides with their legs all scrunched up. Just annoying as hell, lol.

From what I have seen, Kamala's "downed" pose is the only animation that is decent for me. Wondering if any of those Taskmaster QTEs actually lead to anything decent? Taskmaster also looks like he might have a grab attack when he is on his last sliver of life, but in the few vids I watched he missed every single time.
A

Ryonani Teamster
heres some from the intro
R

Thanks for linking the vid. So nothing great so far. Those ones where she rolls on the floor and just watches him fly away are particularly disappointing. They are doing their best to make Taskmaster look like a harmless pushover, lol.
M

I wish we can see some deaths from the actual fight between her and taskmaster - I really wonder how those look like.
A

Ryonani Teamster
I saw a vid where Taskmaster kills her on the roof of the bridge while attacking from his jetpack, and a little cutscene plays where she falls down defeated. However, it's such a cakewalk level (pretty much a tutorial) that of all the videos I watched that's the only one where it happened, and the guy took it down in shame a few hours later and replaced it with one where he did better.

In the actual fight on the bridge I haven't seen any grapples, just punches, bombs and sword slashes. I've only caught a few instances where players actually got killed, and it was the same animations as the death video above, just a fade to black. Sorry to get your hopes up.

Hopefully there will be some good story sections for her in the full game that open up the QTE and grab possibilities a lot more.
M

A ajstevus - ah I see. I understand better now - i have seen how she fails the qte and falls from the bridge. ...oh well, I think we'll just have to wait for modders to get rid of that filter when she dies. this is pretty low lvl ryona going back ps2 days i gotta say.
M

Open Beta Demo available on PS Store in case if you have a ps4. will see how it looks like - black widows costume is good at least.
J

mister85 said:
Open Beta Demo available on PS Store in case if you have a ps4. will see how it looks like - black widows costume is good at least.
Click to expand...

I was one of the people who pre-ordered on PS4 so I got to play the closed PS4 beta last week, this is what I found when playing. The game has a photo mode so you can stop the game and take photos of Widow in pain and you can zoom in on her. I've been using it to zoom on her face when hit, or when she's getting chokeslamed by an enemy. I also can't take my eyes off of her butt, since most of her outfits are skintight. I've also used photo mode just to appreciate her slim, sexy body. Though it's disappointing that there's a black out filter when you die. For me her many death poses some of which were in the previous video, and her moans were so sexy. It also felt amazing when I finally got to see her get defeated by Taskmaster, seeing him defeating her after being so arrogant filled my ryona drive. I hope that someone will cover some Kamala deaths since she also has some pretty sexy death moans. I also heard that the story missions that are black Widow centric will have a element of stealth to it, so it'll be cool to see her fail over and over again. I can't wait for the full game. Not just for the ryona, but as a fun game since I am a comic book nerd.
M

J JP Otaku 42 - thanks for the note. I'll try and take a look at that - i haven't got up close and personal to see her reactions to getting hurt but was just primarily seeing her take a beatdown from taskmaster. i wish i could see better ryona things happen, but unfortunately nothing big i guess.
J

mister85 said:
J JP Otaku 42 - thanks for the note. I'll try and take a look at that - i haven't got up close and personal to see her reactions to getting hurt but was just primarily seeing her take a beatdown from taskmaster. i wish i could see better ryona things happen, but unfortunately nothing big i guess.
Click to expand...

I know that at least in the beta you can get frozen and an anti-gravity trap where you you have to break free and if you don't then you'll receive damage, also some enemies will chokeslam you but this was already discussed in the thread already. But I have a feeling we'll get some surprises from the full game. Also you have to admit that it was pretty satisfying to see Widow get a beatdown from Taskmaster after being so confident and arrogant against him.
M

JP Otaku 42 said:
I know that at least in the beta you can get frozen and an anti-gravity trap where you you have to break free and if you don't then you'll receive damage, also some enemies will chokeslam you but this was already discussed in the thread already. But I have a feeling we'll get some surprises from the full game. Also you have to admit that it was pretty satisfying to see Widow get a beatdown from Taskmaster after being so confident and arrogant against him.
Click to expand...

Yes - seeing her get broken by taskmaster with her arrogance is just perfect. 100% deserved. I played it on Brutal difficulty to see her get her ass handed to her and it was.
J

mister85 said:
Yes - seeing her get broken by taskmaster with her arrogance is just perfect. 100% deserved. I played it on Brutal difficulty to see her get her ass handed to her and it was.
Click to expand...

Her moans when she dies made it better as they were very sexy. Her death poses were sexy as well. Kamala isn't bad either. She has some good moans as well but Widow takes the cake for me. I can't wait to see what's in store for her in the full game.
J

Does anyone have any idea if people on PC have found a way to remove the blackout filter once you die? Or will we have to wait until the game releases? I would love to see Black Widow's lifeless body without that annoying filter.
R

Not sure about mods yet. Checked the guy who does the Resident Evil/Assassin's Creed Camera mods and he doesn't have anything on this game yet. No idea if he will ever decide to work on it, though.

Apparently, someone datamined the PC version of the beta and found a list of the future DLC characters that are coming out. Not sure exactly how accurate this list is, but here it is anyway:


Really hoping for some better ryona content in the final game. Was able to refund the PC version after playing the beta. It ran like crap and the ryona is doing nothing for me. Half of the freaking QTE "deaths" are just Black Widow rolling on the floor and looking up as Taskmaster flies away. Come on, give us something better than that!

The one animation that I like, Kamala's "downed but not out" animation, doesn't allow the use of the photo mode for some godawful reason.

Glad some of you guys like it, though. Hopefully, some of the above characters interest you. Pretty much every female listed there can have some potentially good looking skins. Even that scrub, Captain Marvel, will probably have her Miss Marvel outfit to unlock.

Oh, one thing I am curious about, ryona-wise. Does anyone know what happens if the revive timer runs out when a character is in the downed but not out state? Do they actually fall over?
You must log in or register to reply here.
Share:
Reddit Pinterest Tumblr WhatsApp Email Share Link