Hot Coffee tells the story of a young barista working on her new life away from home. While she's enjoying her new job, she's about to find out this small town is a lot less innocent than she is! Help Ashley find new ways to make ends meet; she may discover she's more of a pervert than she thinks!

- A streamlined experience. You won't need any cryptic walkthroughs; I know what you're here for.
- A laser-sharp focus on sex, with no tedious systems meant to pad out gameplay.
- Manage Ashley's money carefully, it's a tough world out there. Who knows what you'll have to do if you can't pay your bills...
- Explore a town filled with degeneracy at every corner.
- Primarily vanilla, with a focus on loss of innocence and corruption.
Last edited by a moderator: Apr 3, 2021
K 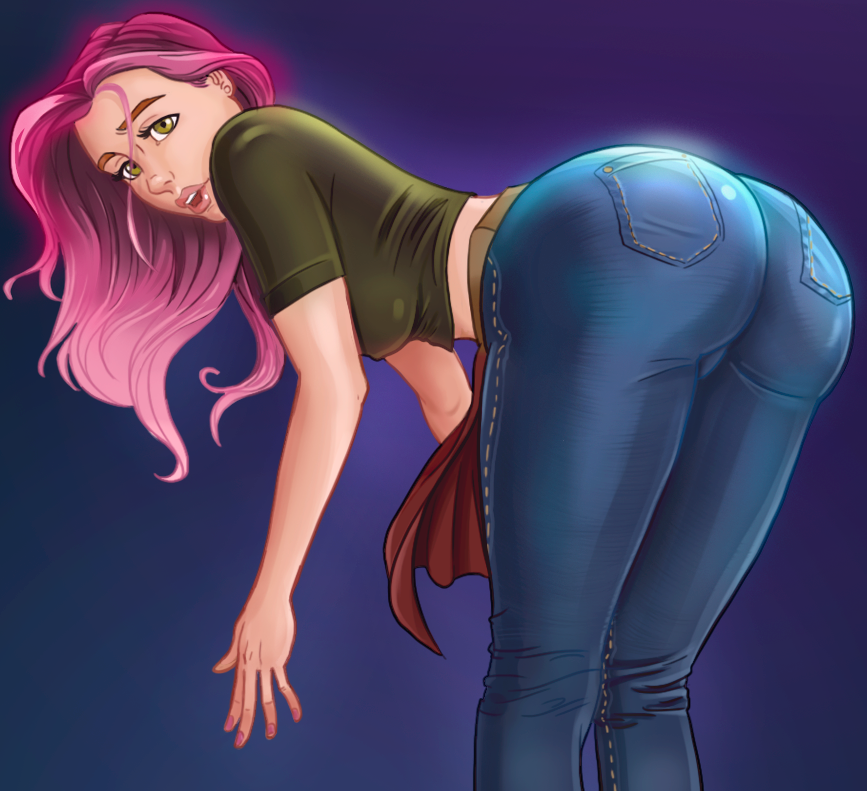 Hey all,
This build was all about implementing the big systems needed to make this into a fun and lewd game full of choice rather than just a walking simulator like the demo is! Let me know what you think and have fun!
Patron-only download link

Changes based on player feedback:
- Player now walks faster.
- Removed the distance requirement when interacting with things, instead, the player will automatically move towards the object if it is too far.

Gameplay:
- Your phone is now fully functional, letting you use several apps, rather than just acting as a quest description.
- Started implementing the "Work" phase of the game. Instead of waiting for a period of time until your shift ends, you are now immediately presented with random events to complete throughout your shift.
- Major navigation changes. You no longer need to use your keyboard (WASD) to move your character, instead, you simply click on the object you want to interact with and the character will automatically walk towards it. Meaning now you only need one hand to play!
- Player can now access the main menu after starting the game.
- Added 1 new lewd scene.

Items:
- Added an Items system, allowing you to pick up, store, and eventually use/combine/examine them.
- Added "Napkin" Quest item.
- Added "Money" item. To be used later as currency.

Visual:
- Improved texture quality across the board.
- Improved post-processing, making colors pop out a lot more.
- New Inventory screen added. Allowing you see all items in your possession.
- New Todo List screen added. Allowing you to better see what your current "quest" is.
- New Statistics screen added. Allowing you to see the state of all your traits, more information will be added to this screen later on.
- Improved player animations.
- When hovering over objects, they will no longer change in color, instead, the cursor will change and a text description will appear on the screen. This makes your selection much clearer!
- The apps on your phone will now alert you when changes have occurred. For instance, if you picked up an item, then your inventory app will be alerted, etc.
Last edited by a moderator: Apr 3, 2021

J
Elias vs the Imp Girl: a Zako Story

My Fiction Thread (Thread is Reopened)