Hey everyone, might try and do a simple zako based story.

Thinking of girls at a suburban school joining SHADO. I might make it a different zako organization if there's a big push or I change my mind.

So there's a bunch of slots in the SHADO squad. I've attached a test image, featuring 9 people I know from this board and other communities that I RP with. There's a few placeholders in there I'll swap out. The basic story will be: Girls at your local school have joined SHADO. Mostly because their naive/don't know it's nefarious secrets. And surprise surprise, someone's there to stop them. It's my first picture story in a while, so I'm not going to do some huge epic.

SHADO Members: I guess I don't have a limit on this...

SHADO Officer: I MIGHT use an officer or two. So I'll consider it if someone wants to be one. Will be a bit tougher.

Post your character's name, role, a couple lines about them, and some sort of reference pic for me to make a character from (Art, a real model/pic, cap from an anime etc). You're a normal girl, so no "I was born by a Dragon and am an expert helicopter pilot".

At the very least, I'll make you a zako character reference pic (Even if I don't write the story), and you'll probably get used in my various pictures :)

Off the top of my head, there's a few board members already in the pic. But post your info anyways since I probably don't remember your character's personality/name 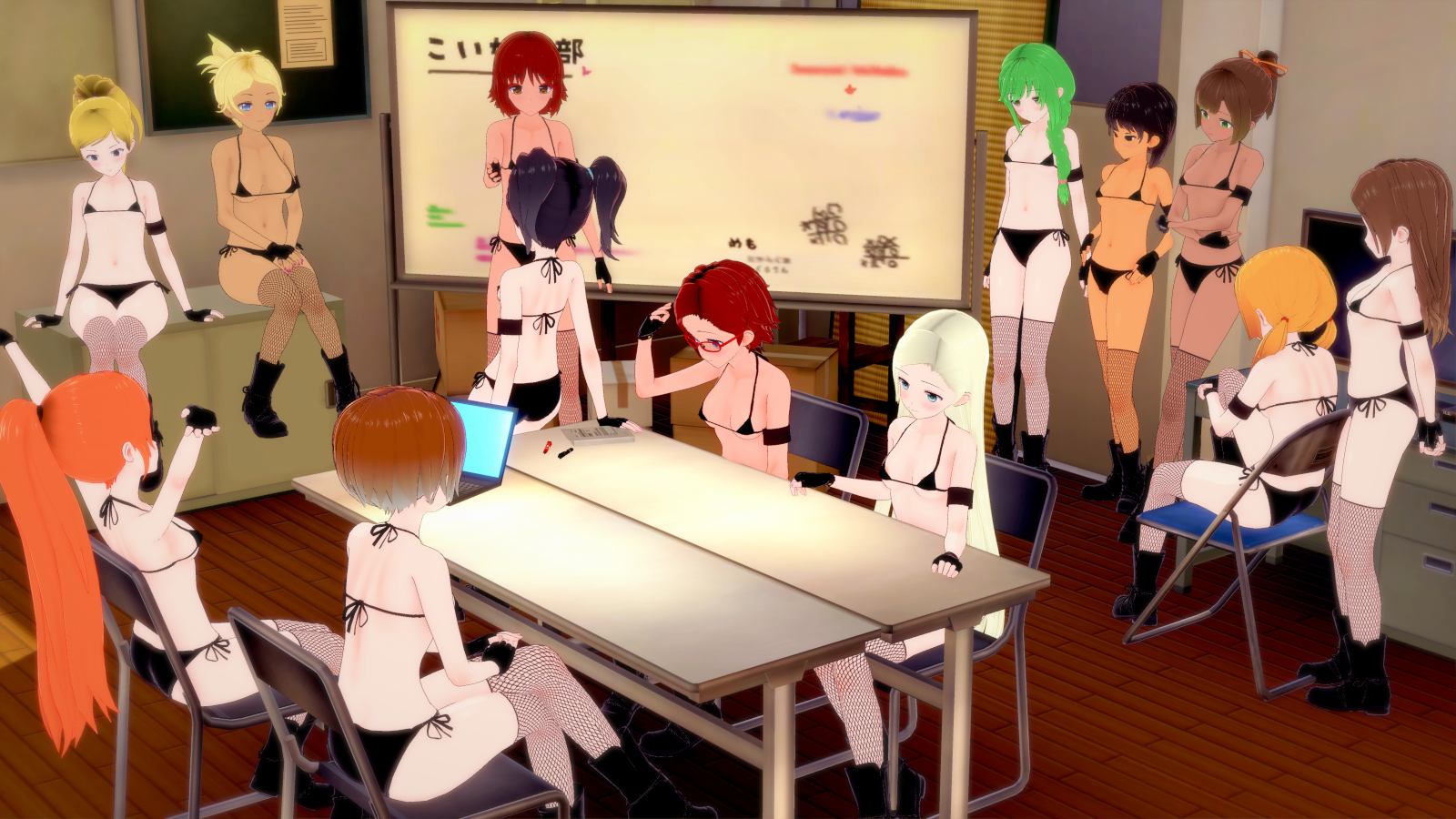 Past pics I've made in case you're wondering how the action will look...

Ohhh, my lovely character is already there, so I must take part! : D


CHARACTER Abbie Sharon ( the redhead girl standing in front of that whiteboard!)

Abbie was in the sports team, doing athletism and natation, but after a knee injury, she felt like she was to look for other after-class activity, and was convinced SHADO was the option! 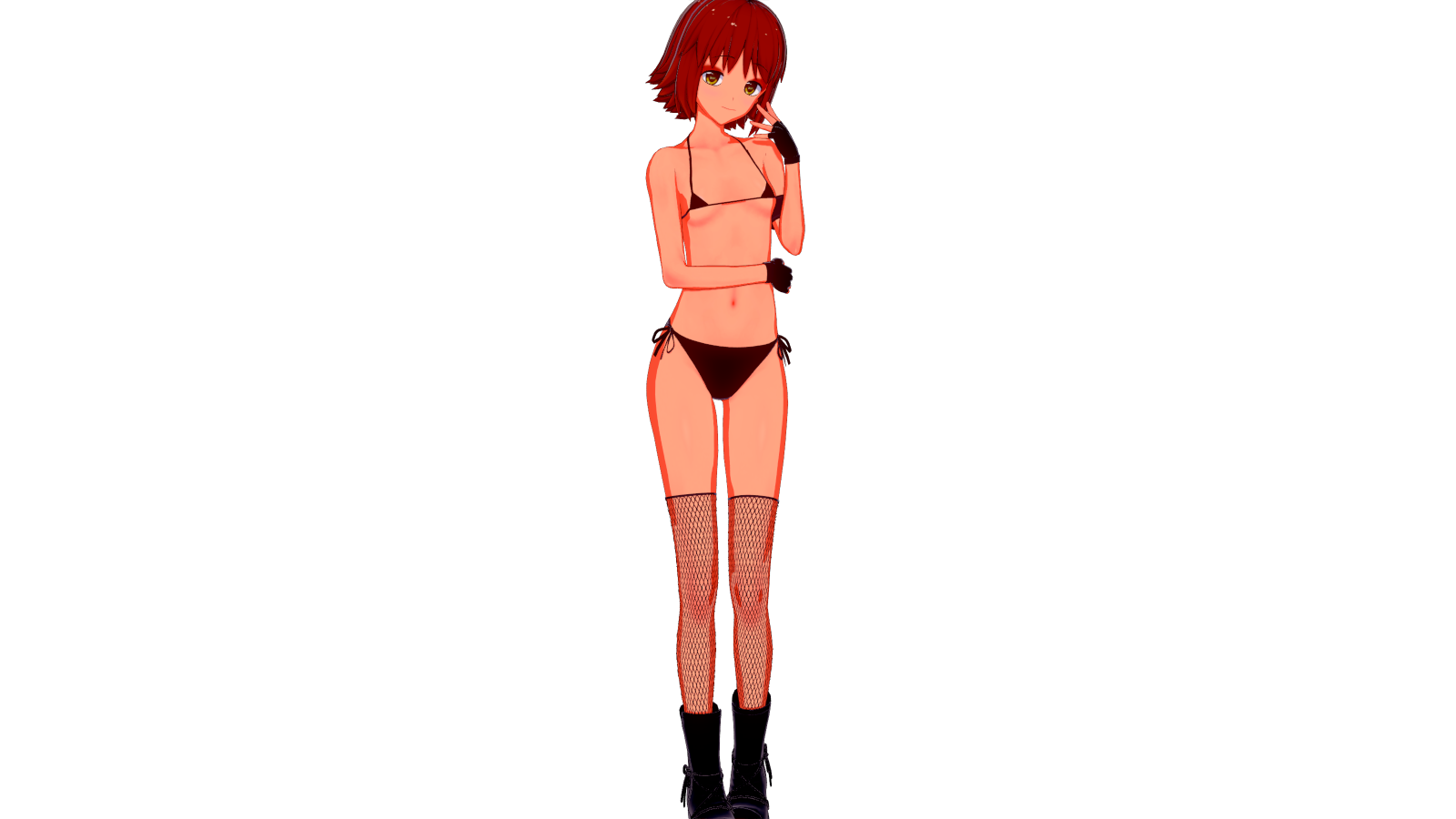 Uh oh, looks like Jollypops has abaonded her fellow zako to become one of the heroes! 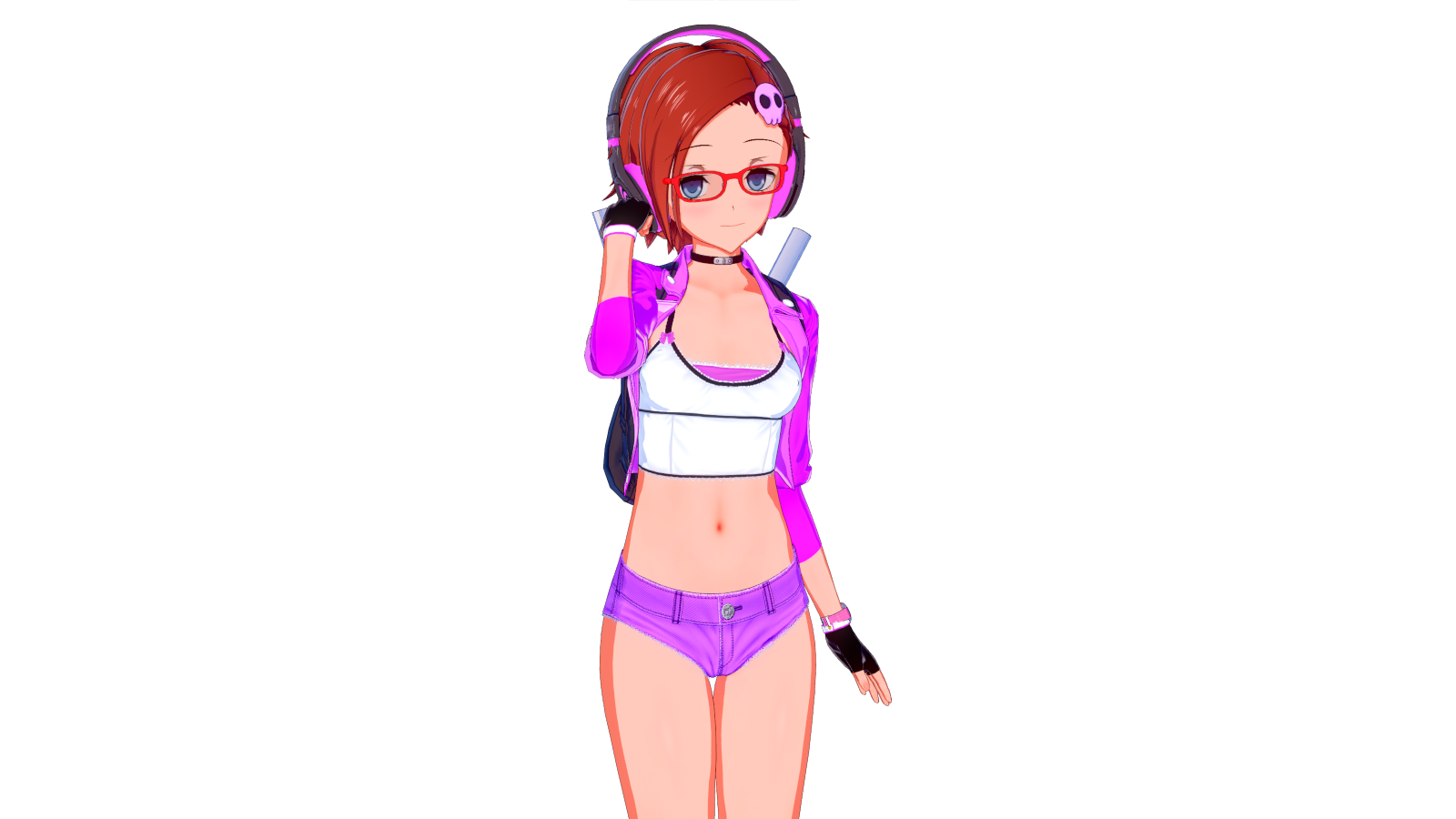 And is already beating on poor Abbie :P (Not cannon obv) 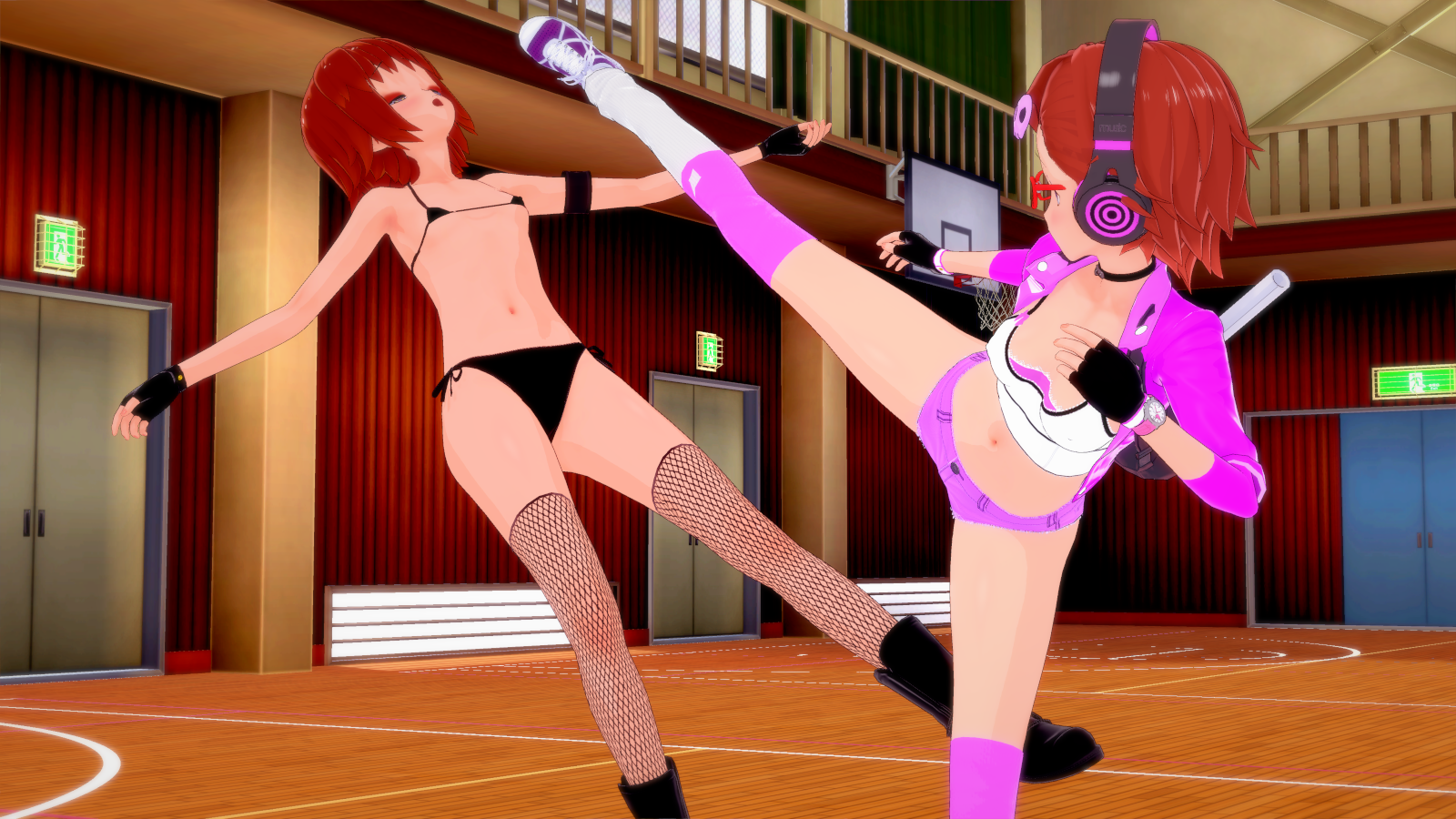 Here's some zakos feel free to use as many or as little of them as you want ^_^ I love how you render things :0 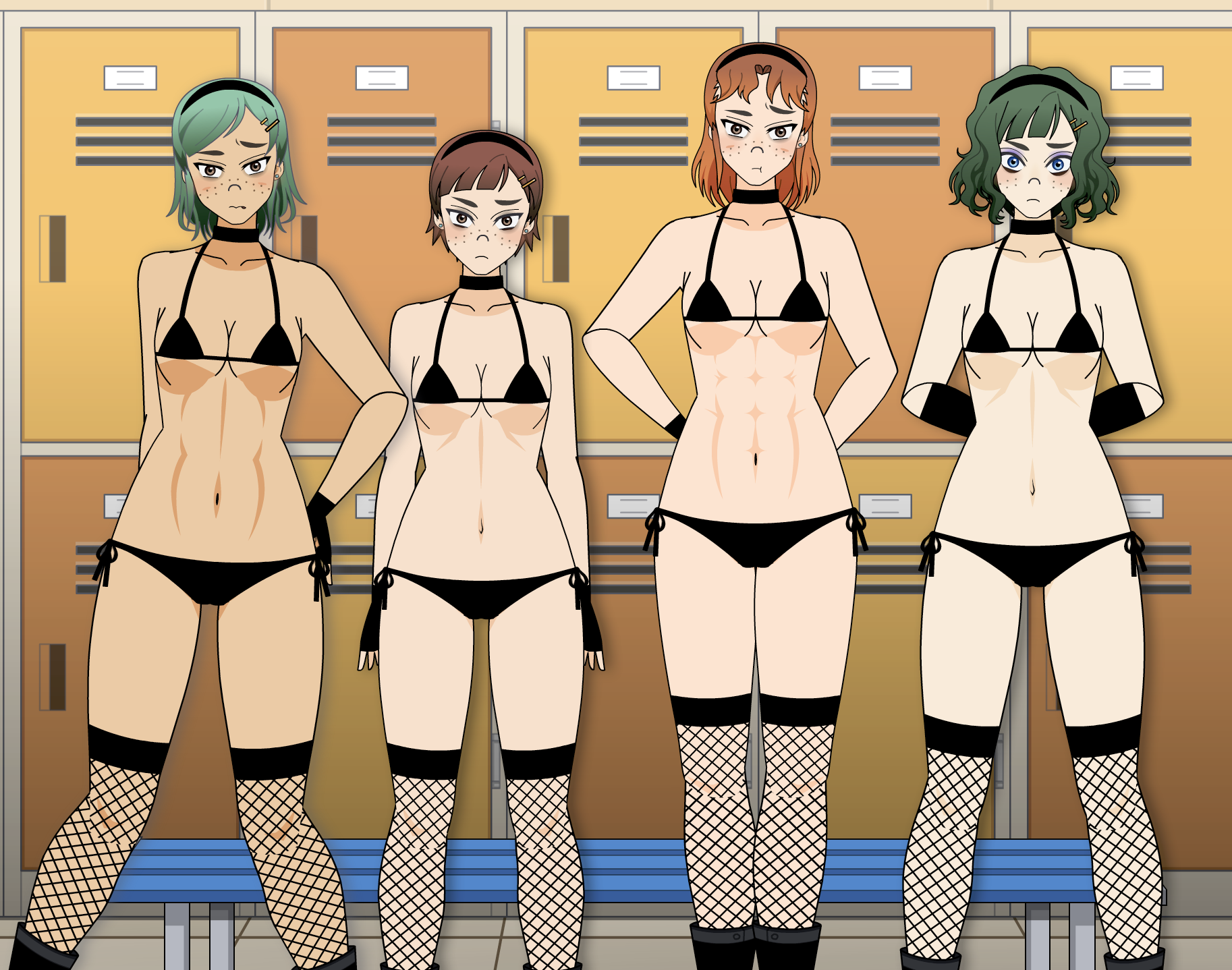 From Left to right all disposable shadow members:

Miu, 22, has been bouncing around different hench girl organizations since she was 19. has just terrible luck and a knack for being bound

Effie, 18 is fresh out of high school joined for the money and the action

Cassidy 24, is a trained combat professional who accidentally joined and is just trying to live out her contract

Alexis, 21, she's goth and she doesn't want to be here

Alexis may not want to be here.. but she is now... 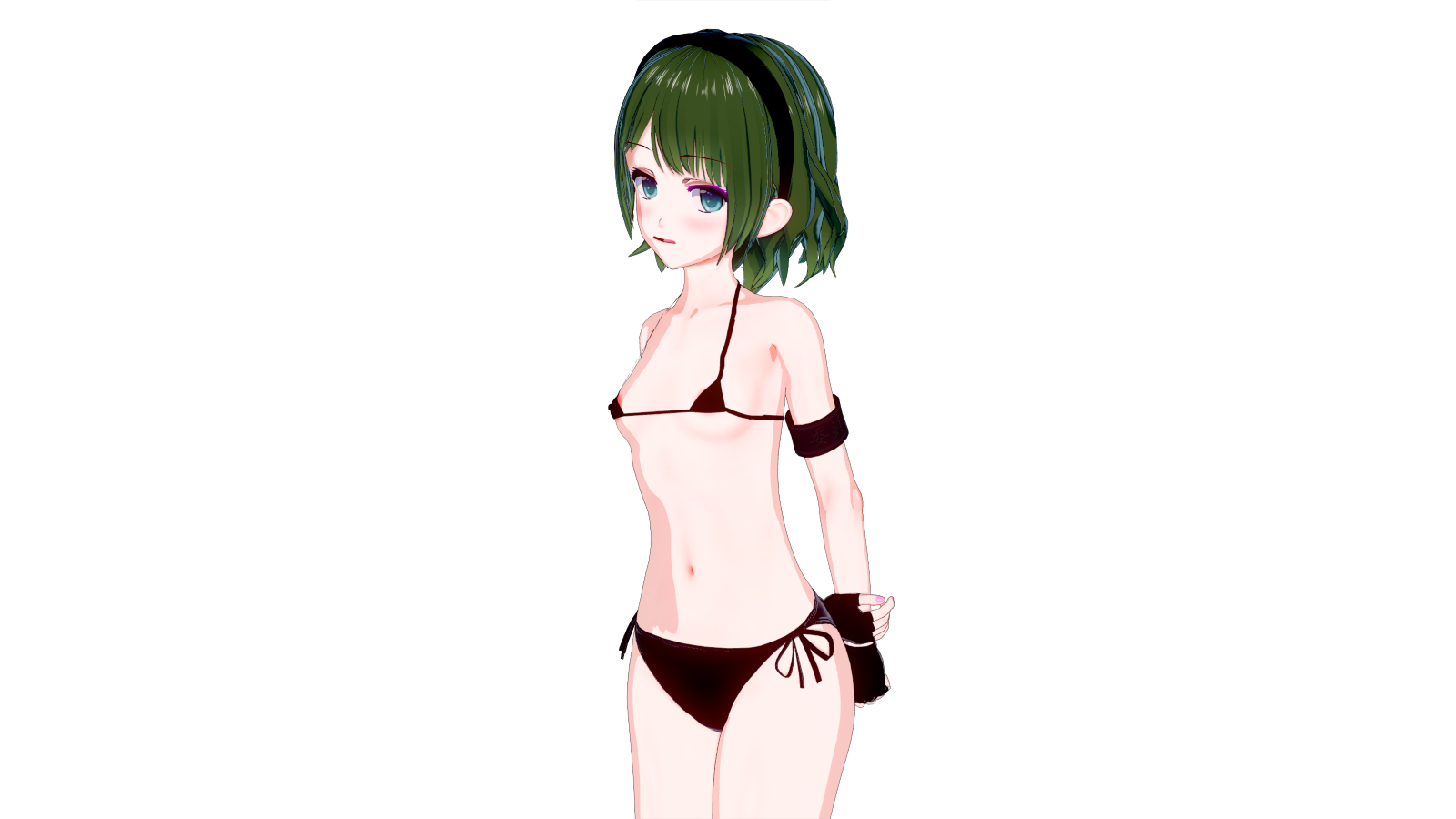 Inspired to try to recreate my outfit in Daz. Short of some serious editing of the items I don't have the stuff for a complete recreation, but it's close, haha.

Really looking forward to this Kei, I'm all pumped up and ready to kick some butt! 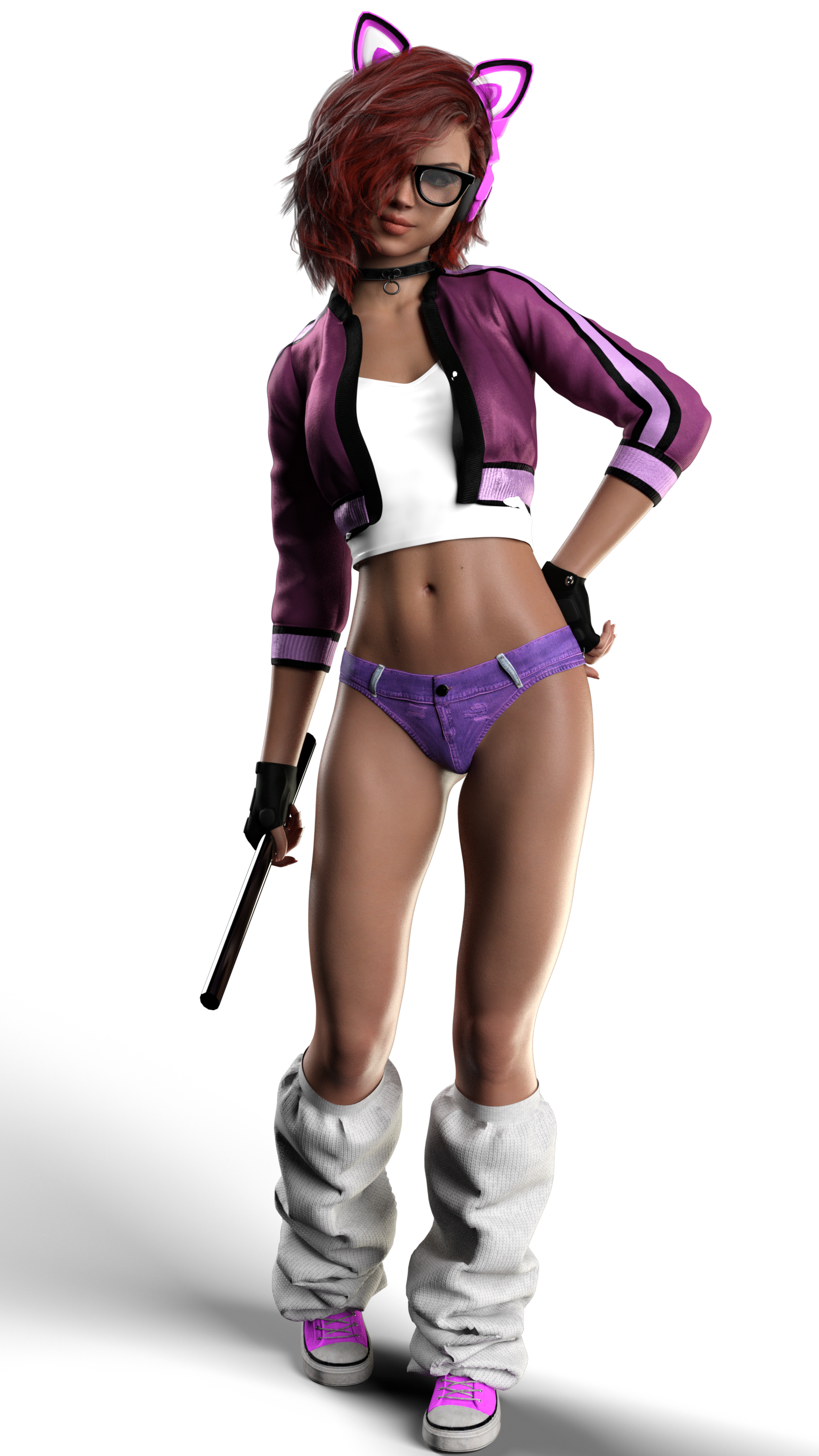 A casting call? Time for my OC to be featured here!! 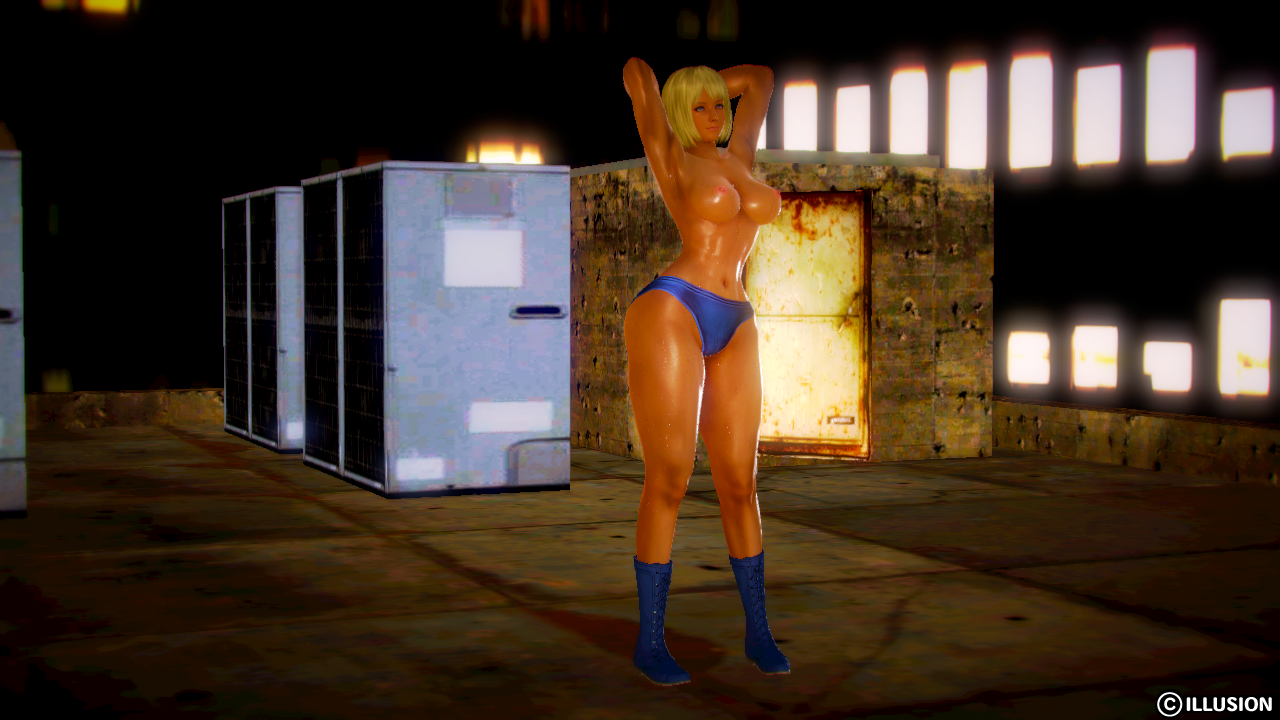 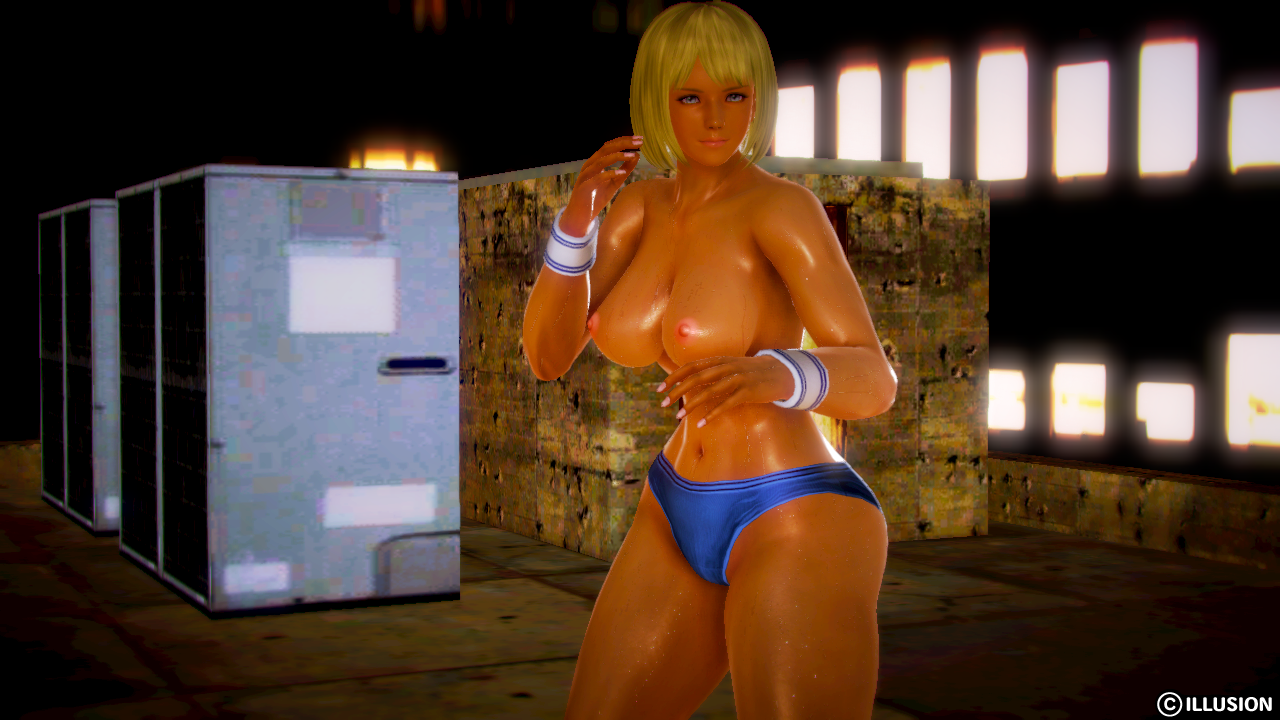 Her name is Janis Spencer, a former AFW wrestler and mechanic turned gangster from Pretoria, South Africa . She's the leader of the infamous gang known as Blood Gear, who has been terrorizing the denizens of Sunshine City with her kickass wrestling moves and her underlings
She decided to join SHADO after her and her henchwomen's asses were fried by a blonde-haired psychic girl with electric powers...

I like it, although I think we're getting away from the "local school has SHADO agents" theme. Did you want to maybe be an officer?

KeiBree said:
I like it, although I think we're getting away from the "local school has SHADO agents" theme. Did you want to maybe be an officer?
Click to expand...

Another zako girl reporting for duty! 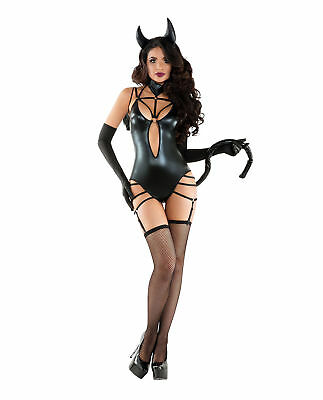 Tiffany is cruel and sadistic she loves to bully those weaker than herself and humiliates her foes before killing then, she is confident when winning but will resort to begging and pleading when the tables turn on her.

She dreams of one day becoming an officer and using her power to make herself wealthy beyond her wildest dreams, she is a dom at heart and adore beating and choking her foes with her beloved whip!! 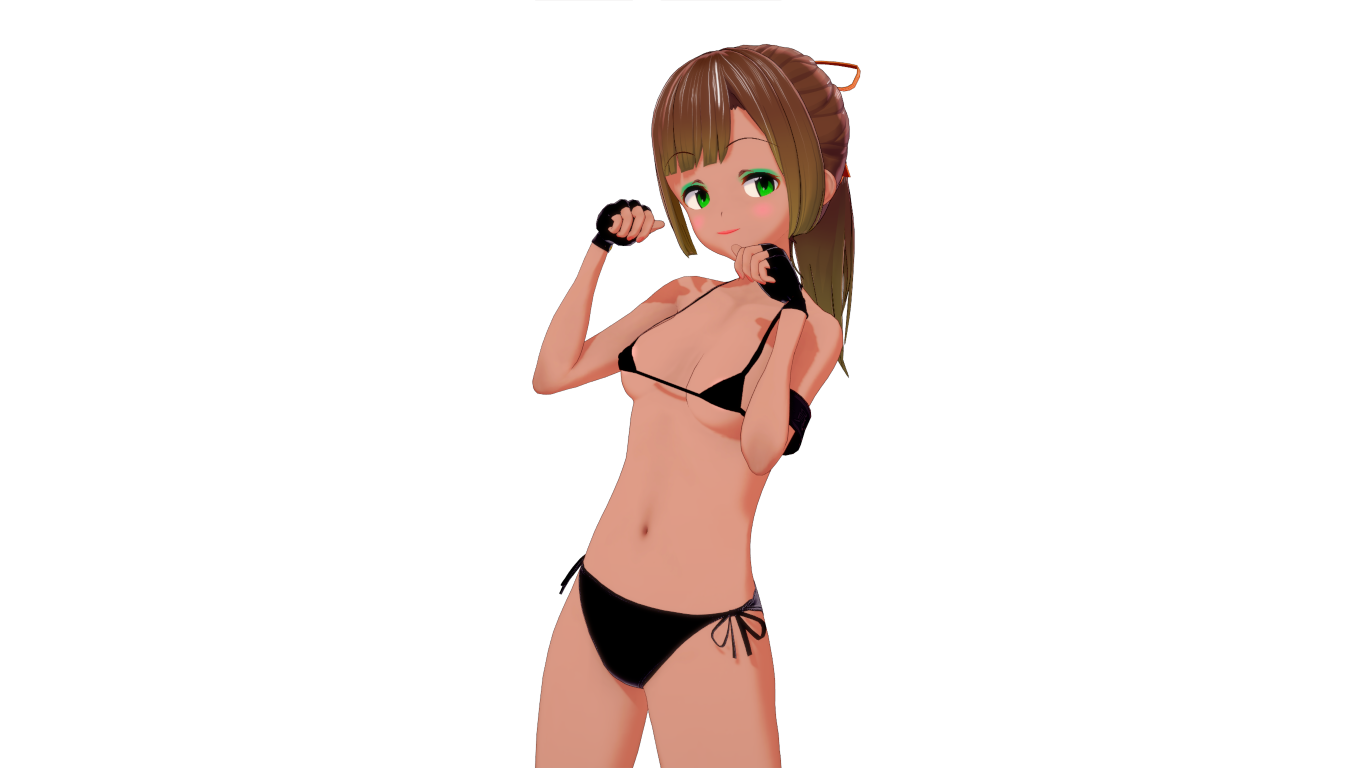 Name: Kyla Santiago
Bio: She is a member of the school swim team, intramural dodgeball team, and beach volleyball team. She would much rather have fun outside than be cooped up in school all day. If she must attend classes you can bet anything she'll be day dreaming and doodling in her notebooks. She joined the new SHADO club because any chance to get into a swimsuit was worth it!
Role: She's a bruiser at heart, so bring her in when a walloping needs to happen or an intruder needs to be taken out. Unfortunately she day dreams a lot and makes for an awful sentry.

That moment when you don't initially see the thread but your girl Emi Miyato is already hanging out.

Ha, I love that Emi's here. Beat her up and call her smelly or whatever! :D

Thought I'd also note she originated as a side-character from my Deviantart zako themed series "The Girl Who Was a Number" but some of you may remember her from the original "So you want to be a zako" thread here. She is my absolute favorite of my OCs and a sort of pet-character of mine I suppose, haha. I guess I should still give a short bio too:
-Emi is a quiet and cynical girl who keeps to herself, but her few bonds are strong ones. She's efficient, aiming to get the job done with minimal hassle, very calm and collected, but can be provoked into an uncharacteristic huffy state when really annoyed, such as when people talk bad about her little sister, or tell her she smells bad (She's self conscious about her smell, that's mostly a quirk I gave her in the past because I thought it'd be a kinda funny gag). She is an accurate sniper, that being her usual job, but in a fist fight she aims for fast and nimble kicks and jabs because seeing as she's small, it makes sense for her to weave in and out simply try to avoid being hit with her agility.
Last edited: Oct 11, 2019 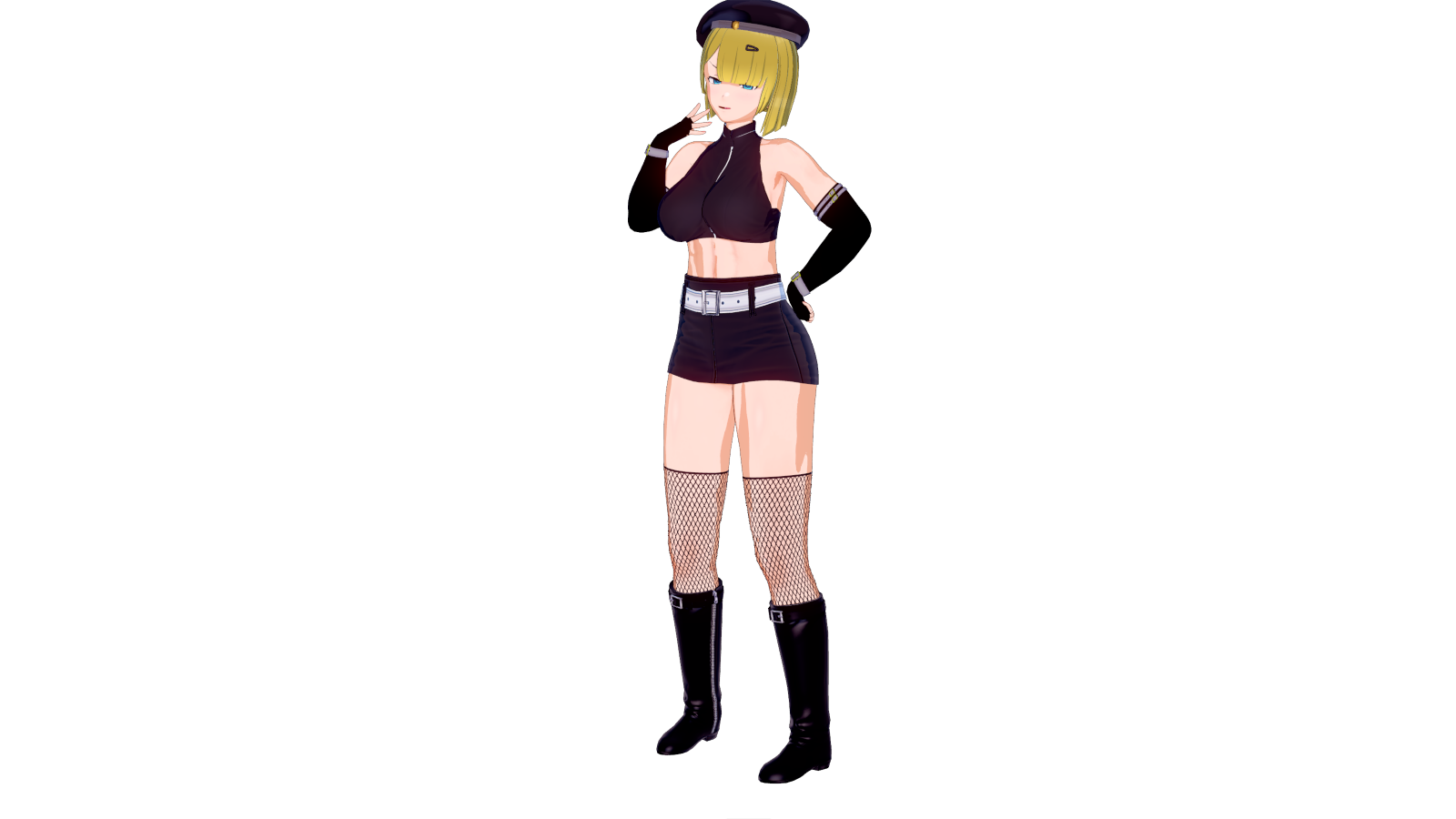 Tiffany (sorry, couldn't get it exact, welcome to an anime game :P ) 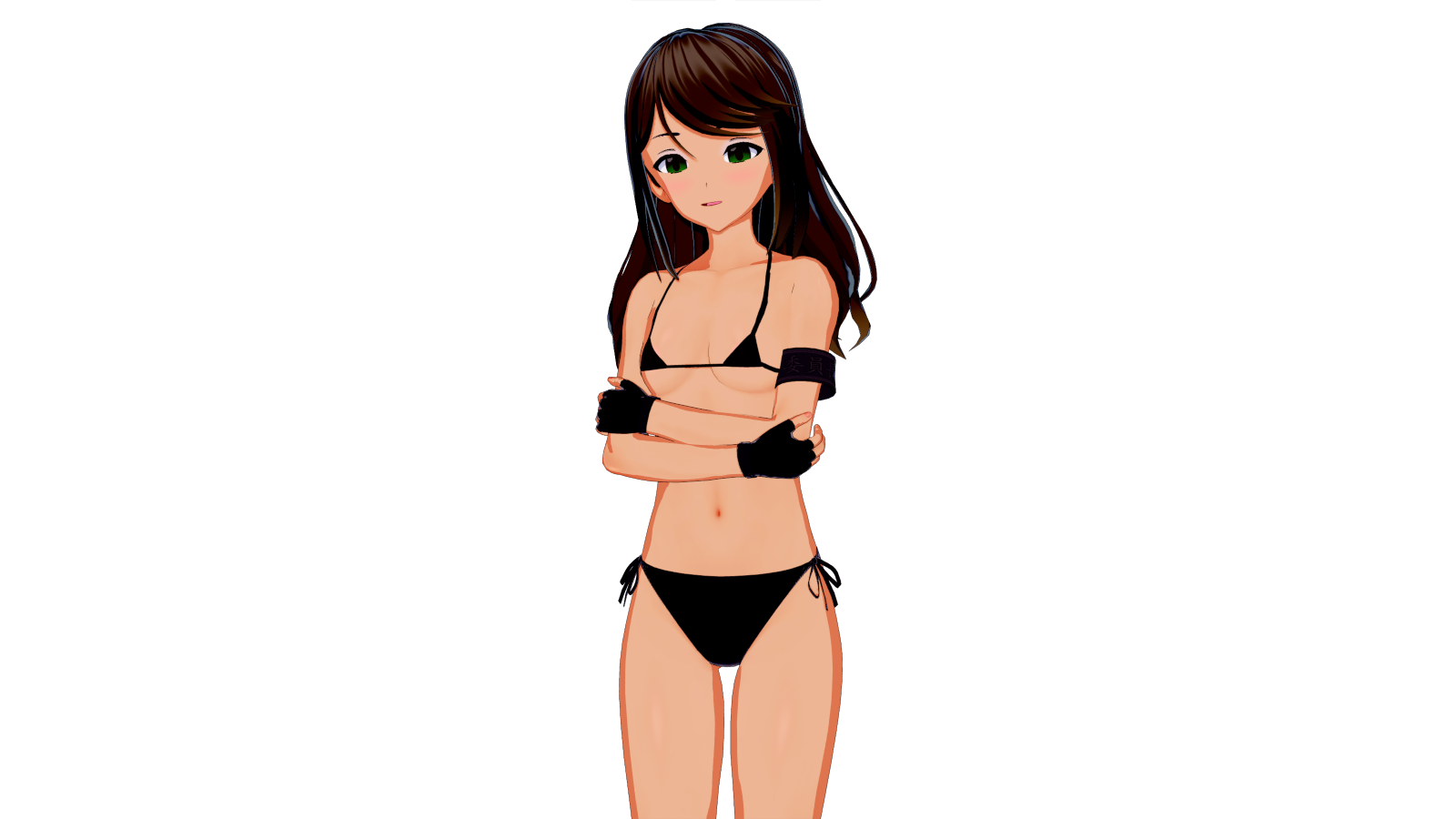 Noice, but she should be tanned though like Tiffany :)