Menu
Log in
Register
Install the app
You are using an out of date browser. It may not display this or other websites correctly.
You should upgrade or use an alternative browser.
Resource icon 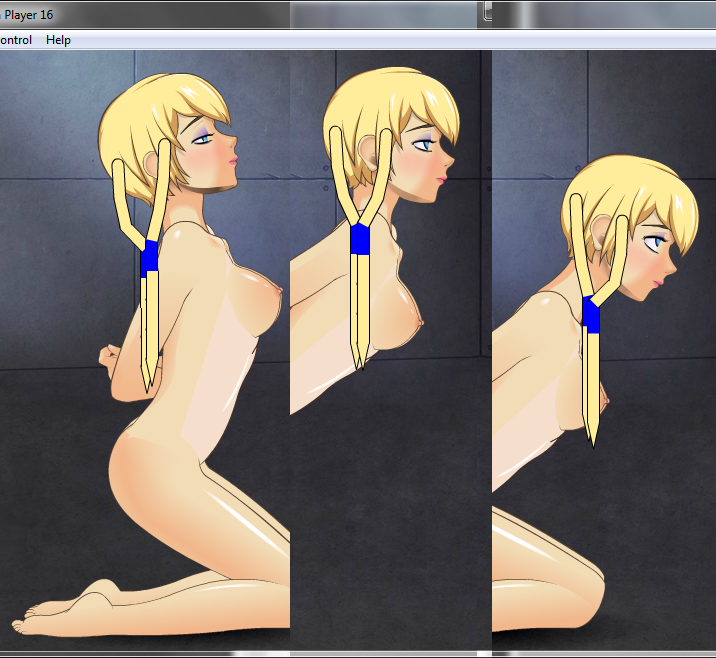 The physics system built into SDT provides support for fairly simplistic hair animation. Hair strands must usually dangle directly towards the ground when at rest. Inertia and gravity are the dominant forces.

This code library extends the physics system. It allows for greater emphasis on rigidity and elasticity. It enables hairstyles whose resting shape includes permanent curvature, spirals, or gravity-defying deviations. It allows fine-tuning of mass - which improves the animation fidelity of hair strands which include thick braiding or heavy accessories. Long hair strands can also be made aware of the "floor" of the SDT scene so that they will lie flat instead of dangling down too far.

This code library can be used "off-label" in order to create clothing with physics features - flexibility, tension, inertia, friction, etc... Leashes are an obvious example, but flexible bikini straps have also been created. Look for the physics-enabled tag.

Rudimentary documentation can be found here, but it is incomplete and some sections are out-of-date. If you're interested in developing fancy animated hairstyles then please contact


This mod is not needed by normal users and should not be downloaded by them. It is needed only by modders who are working on fancy dynamic hairstyles or physics-enabled clothing mods. The code will automatically be bundled into the released MOD file(s) of any mod which relies on extended physics.