Holy fuck what an excellent zako scenario, a beautiful skilled and ruthless assassin easily defeated by silverware, on top of that she's not even the main focus of the scene and her death gets treated like a joke. Can't get more cannon fodder than that, She was only doing it for money too... RIP 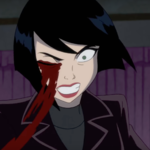 This scene reminds me of another in a comic I read where Harley and Ivy fight a female ninja assassin in a skin-tight suit, she ends up being offed by an average kitchen knife as well! If someone could find that id really appreciate it!
Last edited: Jan 31, 2020
D

I just came to post that, but I see someone beat me to it. Man, poor gal, that was not a pleasant death. Gotta give it to her, she kept fighting even after a fork to the eye and a knife to the shoulder.

ajah2u said:
ever since i discovered her I've been obsessed with how cute she is. I love how she was one of the first villains to actually put up a good fight against the main character. I've been looking all over for fanart of her but haven't had any luck. Where'd you find the ones you shared?

White Panther is also a great villain. I plan on doing a scene compilation for her too, as well as Magic Eyes Claw from episode 5.

Eventually if I find time I'll be going through all of Sailor Moon since that series was full of sexy evil babes meeting their end.
Click to expand...

I found most on Pixiv, plus that guy 's comic - found him earlier as he was drawing a lot of Sailor Moon and Cutie Honey zakos.
Oh, here are two more I found now that I checked on Deviantart.

www.deviantart.com
I always feel bad for these gals, evil as they are... Unlike most mindless mooks they have personalities and plans, and they all just get mercilessly killed. That said, in Cutie Honey Flash at least we saw that not all Panther Claws were irredeemable, as Prince Zera and Scud Panther turned against Panther Zora and helped Honey. So maybe the others could have been saved, who knows. The show never reveals if they are demons, androids, or cyborgs or mutants, or what...

Indeed Magic Eyes is also sexy. Here, some fanart of her. :)

I also liked Electric Panther... she was so bubbly and naive seemingly, like a valley girl. True, best not think what she is like "under the hood" though. :P

And here, got an old collage of Bomber Claw. For a bearded cat lady, she is pretty hot. :) 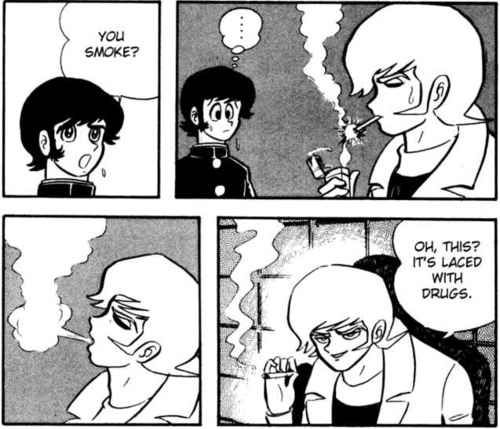 Henchgirl 29 said:
Holy fuck what an excellent zako scenario, a beautiful skilled and ruthless assassin easily defeated by silverware, on top of that she's not even the main focus of the scene and her death gets treated like a joke. Can't get more cannon fodder than that, She was only doing it for money too... RIP

That's a really good recap btw, I've enjoyed it (and your recap for the scene I've post in the comic zako thread). Keep it up.

Shame I can't really repost posts with pictures from this board to anywhere else.

Wow that is such a brutal death...Was she just a random one time ninja assassin? Would love to see more of her design.

gamefanatic said:
Wow that is such a brutal death...Was she just a random one time ninja assassin? Would love to see more of her design.
Click to expand...

pretty sure thats the first and last time she's seen, would of loved it tho if they had given her a bit more story, and perhaps a face reveal
D

gamefanatic said:
Wow that is such a brutal death...Was she just a random one time ninja assassin? Would love to see more of her design.
Click to expand...

Henchgirl 29 said:
User Drizzt78 was nice enough to find it for me but there's an issue of the 2014 Harley Quinn comic where she comically defeats a really sexy looking female ninja assassin. Figured I might as well post the full thing in here cause it was probably the start of my Zako obsession.

In the comic there is a bounty on Harley's head, and as such assassins have been going after Harley in an attempt to gain said money. The kicker is Harley placed the bounty on her own head while in a sleep-like trance so all the deaths in this issue are basically pointless.

I love the little details in they add-in for the female assassin, especially the sounds she makes when Harleys going to town on her, the little ..aaa... she makes when getting stabbed and the cute little "...aayulp?" as she is being pushed out of the window, reallly make her more cute than intimidating and make the scene funnier than it should be.

Great contribution. I'm not a fan of gratuitous gore, but I do love how nonchalant they are in tossing the limp body of the defeated zako around, and I like that we actually see her a few times after her defeat.

It reminds me of another zako from an old live action clip, though she is much less tough than the assassin in your clip. This zako tries to look tough but is the first to fall when the fighting starts. After she is defeated, her limp body gets tossed around like a ragdoll by a couple of people watching the fight! We also get a few more glimpses of her laying around while the fight continues.


I also included a video of just the short ragdolling part. I really wish there were more instances of defeated zako being casually handled or tossed about.


I wonder why her face is so bloody. It looked like the heroine broke the zako's arm and kicked her in the stomach, but nothing to the face.

I appreciate the use of blood in the case of this zako. I really don't like when blood and gore are gratuitous, as in many of the mangas where zakos are chopped to pieces and such. However, I think a certain level of blood and / or bruising can enhance the sense of how harshly a zako was treated by the heroes.

I also like how her fate seems ambiguous. It did not look like she took any fatal damage, but the heroine was showing no mercy and the zako looked pretty badly beaten as well as totally limp. Do you think she survived this encounter?

Sweet fanart of these ladies from Pixiv: [R-18]Honey & Trap

As promised, here's the video for Magic Eyes Claw, another villainess from the Cutie Honey Flash series.

I'm still making my way through the Sailor Moon series but once I'm done I'll be compiling scenes of my favorite villainesses and their demises. Here's a few screenshots as a preview.

Die Heart is one of my favorites with her perfectly shaped, heart butt
A

Yami to Boushi to Hon no Tabibito Episodio 9
Click to expand...

I have seen severaal fanart of these ninja gals. Weird how they disappear when killed. Are there others in the other episodes of the show?

From the edgy re-imagination of Hurricane Polymar, some fish women zako...sadly they don't appear more and the quality is really shitty, but they still need to be mentioned
at 41:40

JonCujoh said:
From the edgy re-imagination of Hurricane Polymar, some fish women zako...sadly they don't appear more and the quality is really shitty, but they still need to be mentioned
at 41:40

Cute designs, but I hoped they would be real fish-women... they seem to be just wearing armor that resembles fish. Pity

wj1905 said:
Cute designs, but I hoped they would be real fish-women... they seem to be just wearing armor that resembles fish. Pity
Click to expand...

Well thats part of the show, every zako, how weird they look, are guys in disguised, so it's normal that you have this impression about them
You must log in or register to reply here.
Share:
Reddit Pinterest Tumblr WhatsApp Email Link
Top Bottom