Released version 1.2. It's a minor update. I'd made some edits of the mods used and the intention was to wait until the release of Part 2 and include them as part of that. I've been busy lately though and I haven't gotten around to working on Part 2 that much so I figured I'll release a new update instead since it felt dumb to just have the improvements lying around. Changes include:

- Changed/replaced some of the mods used. Big thanks to

Huitznahua who gave me the FLA to his beautiful Frilly Tight Dress. It's exactly the same in the default position but has been edited a bit for better compatibility with some of the more esoteric animtools positions.

- Made a new official Part 1 Him mod which replaces the previous one made by dantethedarkprince (it still has to be loaded manually). He's a handsome devil if I may say so myself. 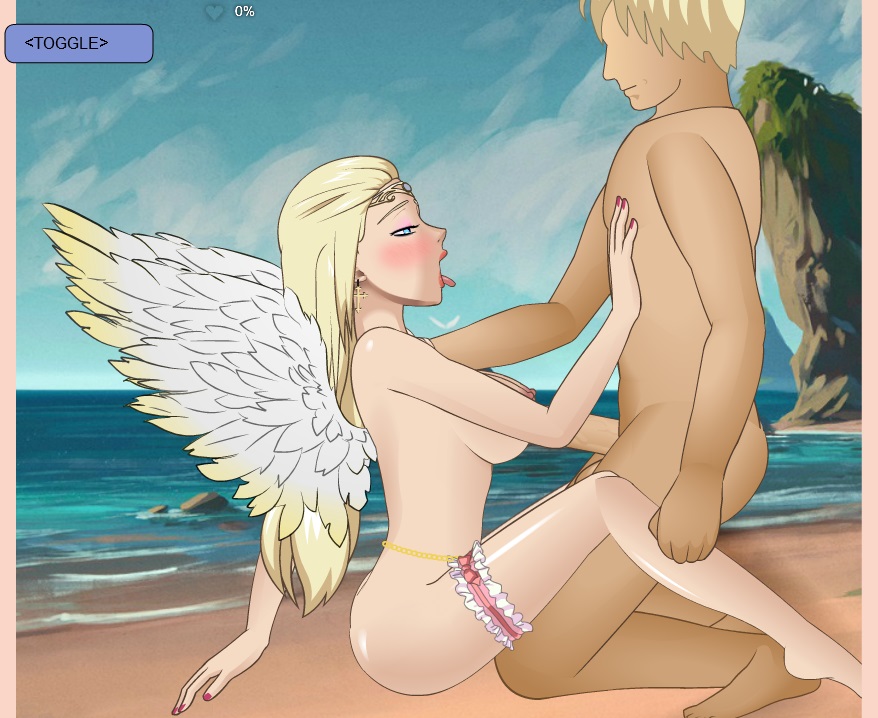 This was nicely done! Good work! Very enjoyable story and "action". I liked the "bonus DLC" as well. Looking forward to your future updates and/or new projects.

My only suggestion would to allow some customization for the angel character at the onset that would stick throughout the story chapters.

For example, WeeWillie added a feature to his bundle that let you pick what one of the characters looked like ethnically and physically before the scene.

But it wouldn't have to be as complex as that. Even if you could just "set" the vanilla body type, skin tone and hair color from whatever presets you wanted.

We all love voluptuous blondes but sometimes we feel like a skinny redhead or a petite brunette or...? :-)

Thanks! Appreciation is best showed in the form of liking the Resource :-)

The next update would be Part 2 which I've begun working on but I haven't touched it in quite a while since I've had too much on my plate for the last couple of months. When I did part 1 my job was essentially to be on standby in case I was ever needed - which I never was. Even though that's not the case right now I certainly have time for things other than work but there's been some stuff in my personal life that took a lot of time. Things are calming down. Come to think of it I'm gonna see about putting in an hour or two into Part 2 right now.

Part 2, if it happens, will feature Astielle mentioned in passing in the Orientation bonus dialogue.

As for your suggestion: There won't be any feature like that for the main parts since I like having a character for each, but I could see making a bonus dialogue where you get interviewed upon arrival about your preferences. Coding wise that's a pretty small task. Preferences about personality is another matter entirely.
T

DigitalSmutExports said:
The next update would be Part 2
Click to expand...

I look forward to it! I think you've done some unique, and fun work!
Y

Glad to hear it. I haven't been working on it though I'm sorry to report. Most of the "pre-production" (making mods, collecting sounds etc) is done but I haven't really felt up to actually writing dialogue. When I made part 1 my work situation was different so part 2 may or may not happen.
You must log in or register to reply here.
Share:
Reddit Pinterest Tumblr WhatsApp Email Link
Top Bottom