Hey guys. So it really is time now to have a program that allows us to modify the latest games, but also the old ones. It should handle DX9, 10 and 11. 9 and 11 are the most used I guess. There are also awesome features that I have in mind like modding the geometry / mesh, or user friendly handling. But it would be enough if we just could modify the textures.
That means we need to find a programmer for that job and if needed we could also pay for that.
Do you have any suggestions for a site where we could fund money and a place to find a programmer that either creates this program for free or charge for that?
Keep in mind that we probably will upload pictures with nudity included on the funding site. And also don't forget that we actually don't have anything to offer for the pledger, except that the people will get this program for free when it's done. It would also be great if we don't use a crowdfunding platform but something simpler. A site that shows how many has been donated so far and that's it. No extra features needed.
I'm looking forward to hear your thoughts about this. Maybe we will even find a programmer here on GVZ (not counting on that though). :)

kickstarter for raising money or paypal to someone in charge here who would be responsible for hiring someone with the goal in mind.

Programmers for free I would try a computer programmers from a university, but if you want something good you probably will have to pay for it.

And no, you don't have to say it's for nude models, you can say it for importing textures to the designer or for fund raising, although it would be better if they knew the goal would be nude models.

We really just need a realiable tool for modding, like Tex mod that will work for Direct x11.

A tool like umod/texmod that works for new games and is also able to replace mesh would be a freaking awesome. If you ask me this almost sounds to good to be possible but what do I know... I really hope there is someone to be found. I would donate the crap out of it!
M

A good starting point could be uMod: https://code.google.com/p/texmod/

The main problem with texmod is, that its not open source ... So we have a great program which would only need slight adjustments to the DirectX11 API, but its abandoned and even if someone wants/could update it, its closed source.

So maybe its a better choice of trying to get programmers involved in such a project for free and under an open source license (as uMod is) to make sure, such things dont happen next time (DX12, Mantle, OpenGL support, all would be possible for everyone willing to add to the base program).

I think there are some people out there doing such things (writing "wrappers" around the graphic APIs) because its the same approach tools like "steam overlay", SweetFX, Fraps etc use. On the other hand, for 1 person alone, its a very big project, because you need days/months testing it, the compatibility with other wrappers/hooks/injects, the compatibility with the games, different texture formats ....

MeiMei said:
The main problem with texmod is, that its not open source ...
Click to expand...

Not sure if that helps but you can find the umod code here: texmod - Revision 55: /trunk

I learned basic Java during my first year in college, but didn't keep up on it, so I forgot a large majority of it (if not all of it). I've recently been bulkin' down, and cracked open some Python, and computer science books, also tryin' to learn about reverse engineering. I hope to be of service down the road.

Maybe, we could start a fundraiser on GVZ and other similar sites (i.e. LoversLab). What about cryptocurrency? Will you be doin' the cryptocurrencies?

Nice, good to know shnoobins!
And cryptocurrency sounds like a good idea. It might be an option. What I will do next is to write a news on my website that we are looking for someone to make this program. Or maybe not a news but a page where everything important is wrote down. Just to find someone who will do the job. Then we can collect money for this person. Or what do you think, is this a bad idea? Should we get money first and then find someone? But wait, what if we find someone who will do it for free? That could happen too. So I guess I will write some stuff on my page. But tell me your thoughts first.
Last edited by a moderator: Jan 29, 2015

I would help work on this, but my only problem with texmod/umod is its used as a solution to modifying textures instead of a testing apparatus. I feel programers time is more usefully put into cracking file formats so that mods can be permanently installed to the games. As for the premises of the idea, it is quite easy to pull textures and models from DX I've done it a few times to port models over from other games to skyrim for instance, so injecting models back in is certainly possible.

Oh that sounds great Ryfon. Especially the part with the injecting models! Are you still on for this?

Just wanted to check in and let you know I'd donate some money for this if you find a programer that can create it.

Any news or progress on that?

Update on this, as i had some time over the last few months i played around with the idea. 2 problems became apparent. DX10/11 becomes very unstable when playing around with its memory space. Easiest way around this brings up the second problem, you can catch the texture and replace it on load so you don't need to modify dx memory but this requires modifications for each game making it no better then just modifying the games files themselves. You can pull textures out just fine and add layers but this doesn't help for the purposes you guys want it for.

Ryfon said:
you can catch the texture and replace it on load so you don't need to modify dx memory but this requires modifications for each game making it no better then just modifying the games files themselves.
Click to expand...

Could you please elaborate on that? I thought that texture loading mechanism should be the same for all games that use same DX version. And if you are able to fiddle with it you will have an universal solution.

Yes the directx api is universal because the api functions are documented but to catch the texture before the directx api you need to know the call function of the program you are modifying which can be anything depending on the application. short simplified run down of a program is:

as messing with the textures once in the directx api causes instability you need to find and hook into the function before the api. If anyone has any other ideas of how to interact with directx api I'm open to suggestions, I've tried direct modifications of the textures, which results in freezing or CTD. the closest I've gotten is releasing the texture and reloading it with the new texture, but this has unexpected results generally more then the intended texture is unloaded. Maybe someone around here knows more about about messing with the api then I can fill me in on some possible solutions, but for now I'll need to do a lot more research.

Thank you for elaboration Ryfon. I am also investigating this but my C/C++ skills are rather limited. So I am not sure that my investigation will yeld any results. 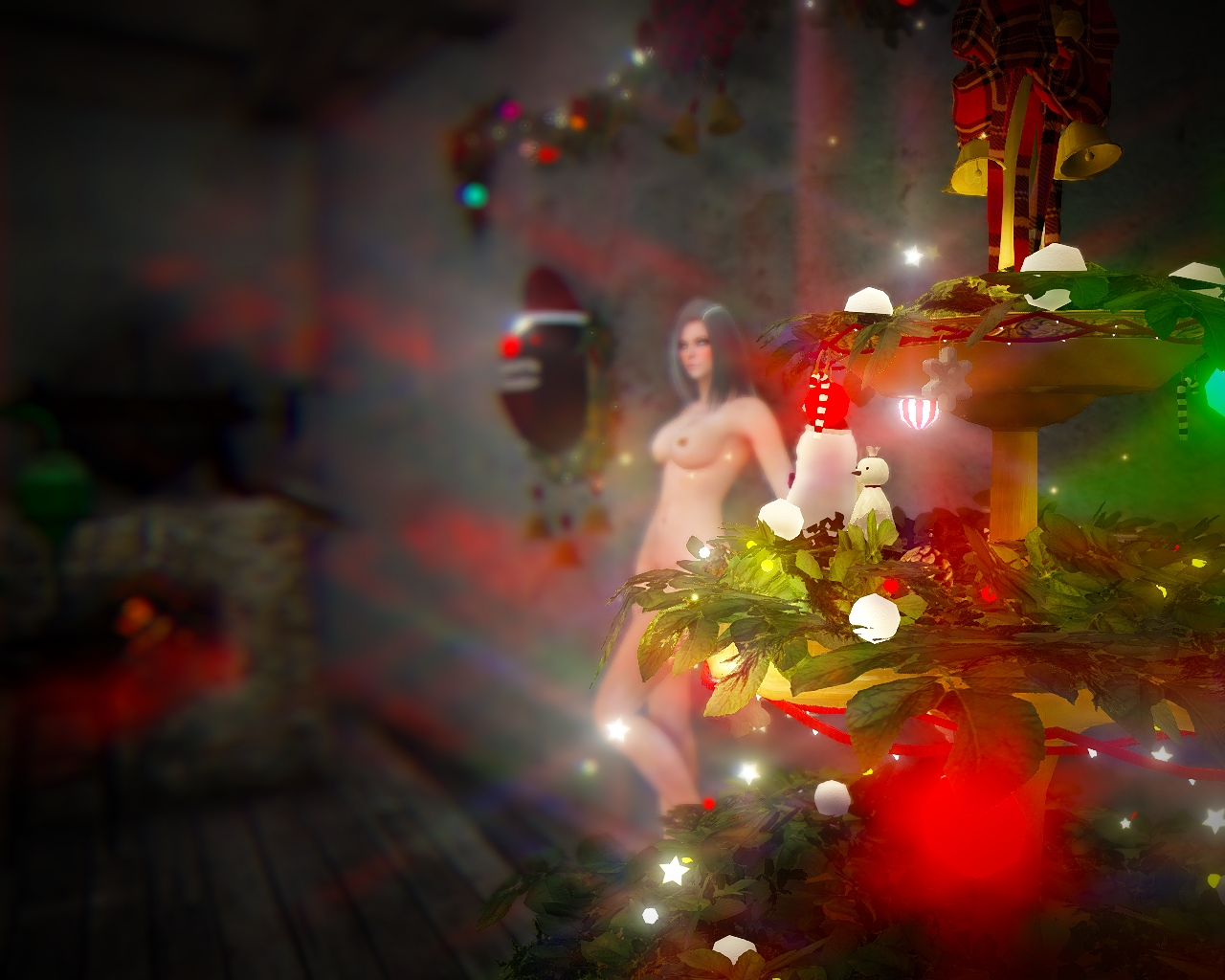 Merry Christmas to everyone!

Been busy copy-pasting source code from all over the Internet. Managed to create a proof-of-concept dll. Works for DX11 only and only for one method of texture loading. Definitely not ready for release yet - not tested with different games, requires unnecessary manual work to enable/disable/operate (there should be a user friendly GUI to do that), has some values hard-coded which should be configurable, supports only one method of injection and only one texture loading method.

Since I feel having a more complete and up to date replacement to TexMod or uMod would be a help to the whole community, I have pinned this Topic until the request is filled (at which time I will pin the new Tool instead).

The UI part is advancing rather slowly due to lack of time in January.

Good news: UI is done and working, all settings are respected by dll.
Bad news:
1) The game publisher of the game I used as test subject modified the game launcher. Global hook is no longer working for that game.
2) Hooked function call works for 64-bit applications but crashes hooked 32-bit application.
3) Hooking library license requires the tool to be an open source (thus easily detectable).
So the next step will be to reimplement the hooking mechanism. Have some ideas, need some time.
You must log in or register to reply here.
Share:
Reddit Pinterest Tumblr WhatsApp Email Link
Top Bottom