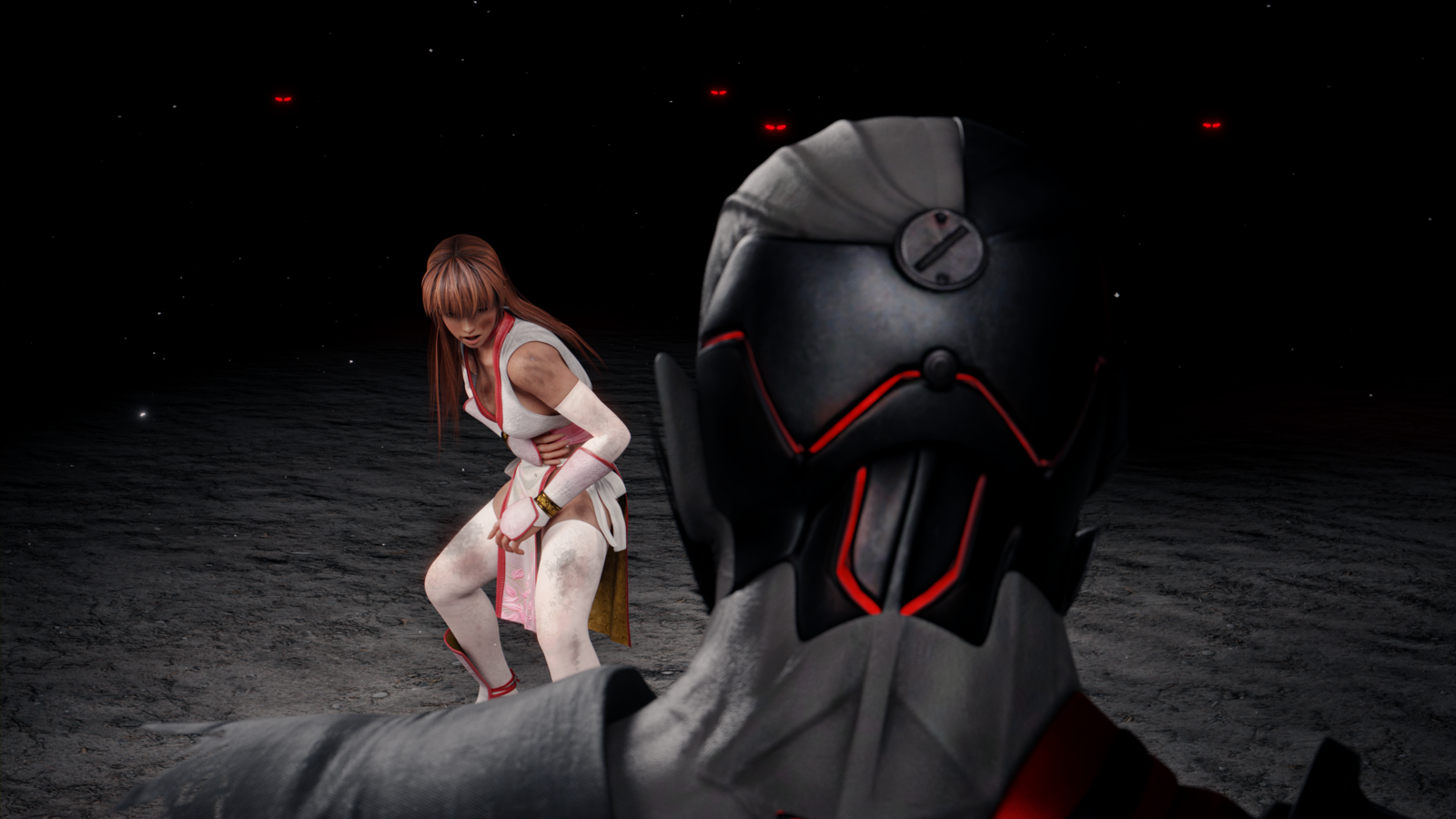 *Urghk.. Cough..cough...* Kasumi slowly stood up, her breathing erratic, her lungs spasming from the violent punch she received.

Kasumi stood silently, getting back into her stance.

"You should never have challenged me... I am again alive, stronger and more powerful than ever," he growled.

Kasumi winced, pain coursing through her middle, shot back, "I have defeated you once," her voice soft, but firm, "And I will defeat you again."

Raidou felt her words, her conviction. But no matter. This time, he will be the one that emerged victorious.

He grinned, getting into his fighting stance. "Come then, my dear Kasumi-Chan. Let us have fun, shall we?"