Hello, i'm new here and I'm setting up a zako campaign where YOU will have a role to play!
for that, I use the game Bizarre Battles of Jason (link leading to the game : Femme Fatalities Message Board - View topic - Bizarre Battles computer game - Update October 28).

Well, here is the background: You are the leader of a squad in a secret organizationcomposed only of womens created by the leaders of the main countries of our planet in order to fight against anything that could threaten the population.

To participate, you only have to create your squad, for that, you have at the beginning of 10 points, spend them by hiring soldiers and improving them. In your post, put:
the name of your soldier
her nationality
her class
its possible improvements
her haircut
her hair color
her skin color
and details that you think are worth mentioning.

The operation of the campaign: it is made up of operations, each operation is made up of 3 missions (I only have the demo) these missions will sometimes involve all the squads, sometimes a few in this case I would launch a call for volunteers and the first to respond will be first served, because if these missions can carry the risk of losing soldiers, they will award more rewards! During each mission, I would launch a game on my side and I would take screenshots and write a report (supporting images). After each victory your fighters earn bonuses and you earn points to spend in your squad. In short, no need to be connected at a specific time or to do much, just take a look regularly!
If you have any suggestion, question or request, dont hesitate !
I 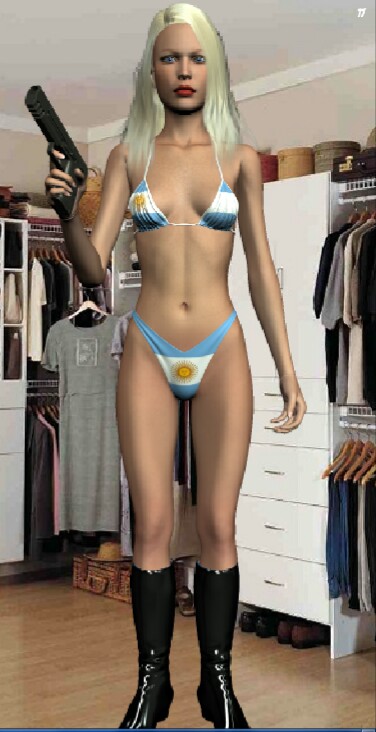 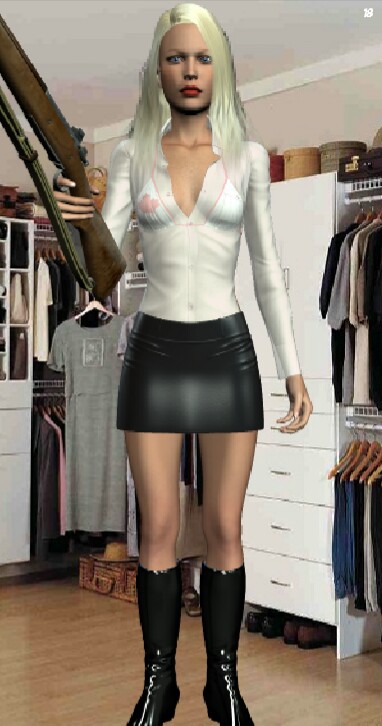 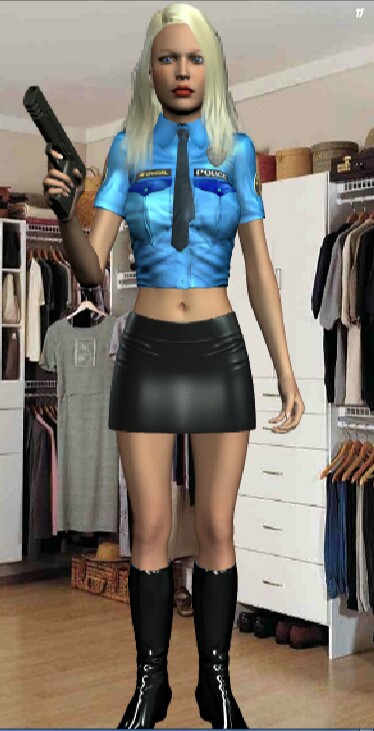 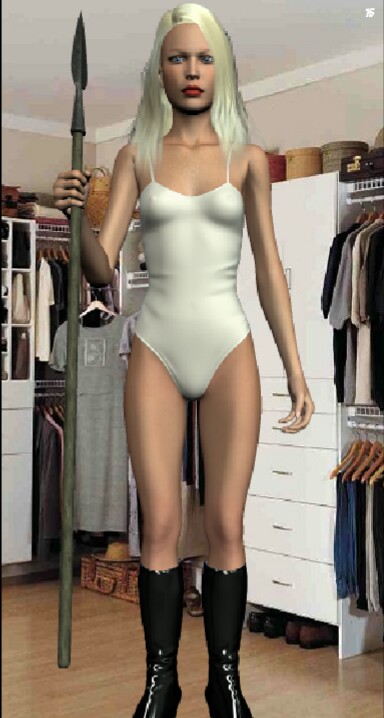 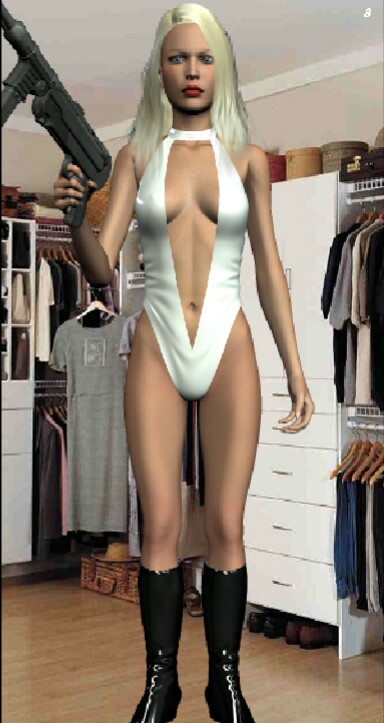 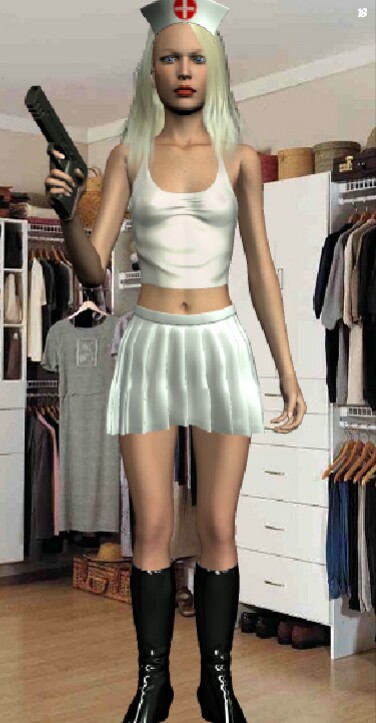 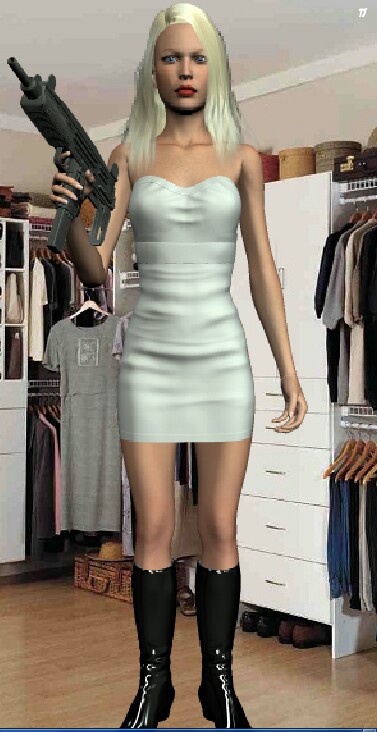 How it works:
The initiative ranges from 7 to 14. It allows reflex shots and determines the order of attacks. For example, if a soldier with an initiative of 7 attacks another with an initiative of 9, the second will strike before the other even if it is not his turn.
The stamina is between 7 and 14. It determines the number of spaces by which the character will move.
the number in brackets next to the name of the weapon indicates its level, so an Uzi (6) is better than an MP40 (4).

Note: the initiative increases by 1 free for each survivor of a mission.

I hope that my project did not put you off and that I was clear, I await your registrations and messages!

P-S: You can register without creating a squad immediately, you will still be registered!
Last edited: Feb 24, 2020

What the hell, I'll join in.

A Nurse, a Heavy Weapons, and two Soldiers.

Heavy Weapons
Blakely Churches, 18
USA
Pale with a light tan and brown hair in a ponytail, she's passionate and short-tempered.

All points used to buy the troops, so no improvements or anything.
I

Nice, I send you photos, once I have assembled your team !
Time to gather participants and we can launch the first campaign within 2 or 3 days.
Here's your team 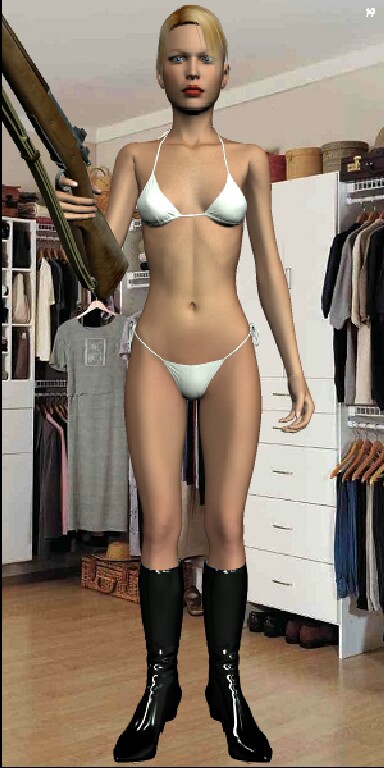 Even if there are no more new ones, we will start the campaign, however, it remains accessible for those who would like to join it along the way.
I

PFC Witt and SPC Churches were waiting outside the office when Major Mason signed them in.
"We have little time, I will try to explain the situation to you quickly: Ukraine requests our intervention to take back a city fallen into the hands of rebel militias. We intended to refuse, but I thought that it would make a good mission of training for your squads and especially yours Witt. You are leaving now, I will brief you on the plane. Break!"

In transport
"We receive a transmission from the major, I'm passing it to you." announced the pilot.
"You will be dropped off to the west of the city, it is only held by militiawomen, they have very little combat experience, it will be simple. Their number is estimated at around fifty in your sector. You will clean up the outskirts before joining the government forces to take over the center. Don't take unnecessary risks and be careful! "

1 hour later
"We are coming to the drop zone, good luck girls!" said the pilot before opening the hatch, and the team jumped.


I am carrying out the operation, I should have finished the report of the first mission tomorrow evening.
I

The report asks for more details than expected, sorry, but I may have some for a little while.
I

"We had been walking for an hour when we arrived in the urban area. At one point, one of the squad 2 recruits, Phoebe I think, stumbled. We heard footsteps so we got to the corner of a building, a restaurant, that's when the fight started ...
Phoebe, Emma and Ophélie went along the south of the building, Rachel, Omura and Alfhild on the right side, the others went inside. An enemy appeared on the west side, but Ophélie fired the first shot and put a bullet in her pelvis. An enemy appeared behind the counter, another behind a window and 2 by the north door, we opened fire, without success, Ophélie finished her target, on the ground, with a bullet in the lower abdomen. Enemies in the north entered the building and targeted Svetlana, who escaped unharmed, as did Emma, targeted by enemies in the west. We retaliated, Rachel shooting down a militiawoman, Kaithlyn shooting down another while wounding another above the chest, which Isa finished immediately. An enemy behind a window shot Emma in the chest and injured Wu in the arm and Wese in the shoulder. Another behind a table stood up and fired, injuring Wu on the arm and killing Wese. In order to avenge our dead, we retaliated and Ashley shot a head in the head to one of our attackers, but Wu intercepted a shot intended for Alfhild and died in his arms. We had not finished our mourning, since Mneme was caught in the back and shot ... Suddenly, the enemy fled and Ashley realized that she had taken a bullet near the thigh and fell to the Alfhild was healing his wound, when we realized that Wese was still alive, although seriously injured. As I write these lines, we are about to leave, Alfhild has stabilized Wese, Ashley not having recovered yet, she will watch over her.
Attached are photos of the victims. 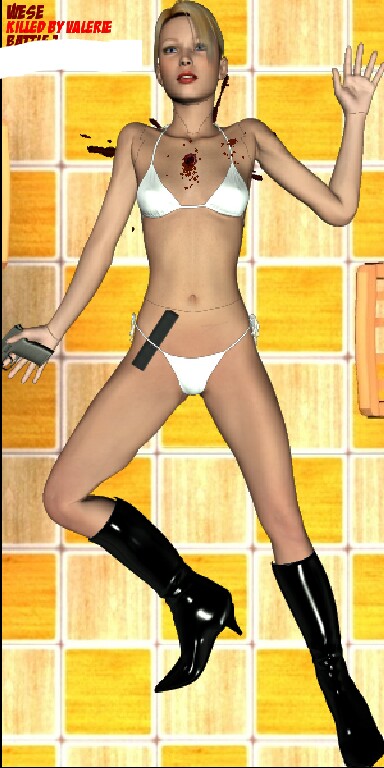 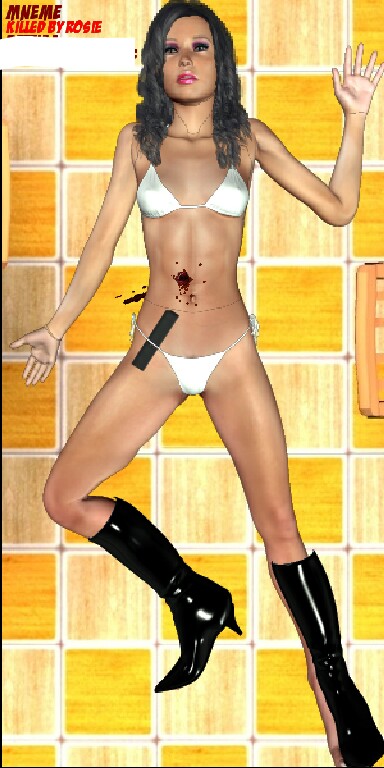 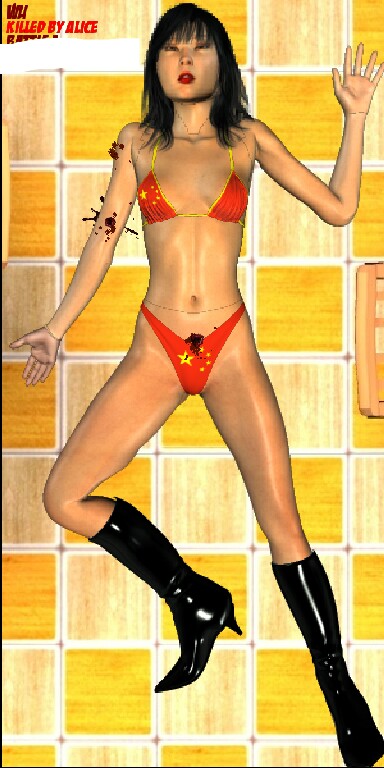 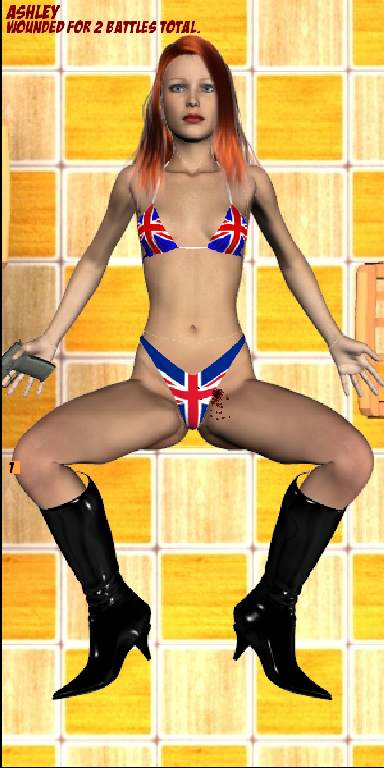 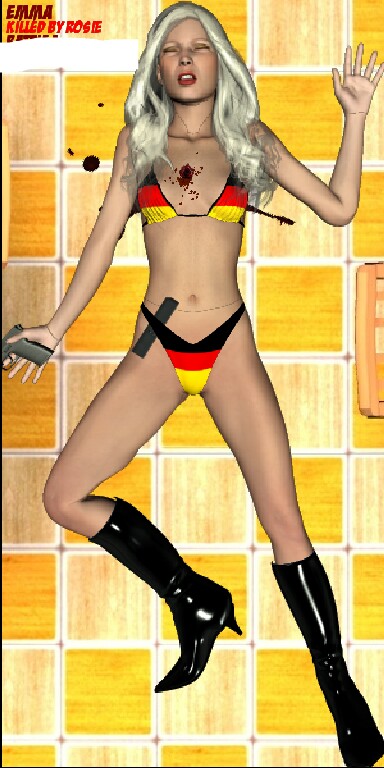 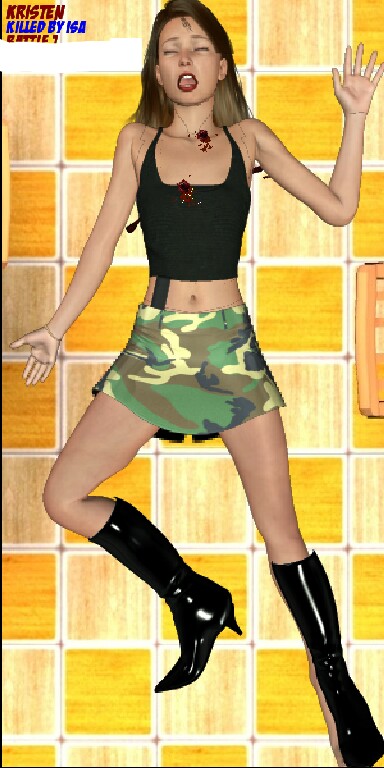 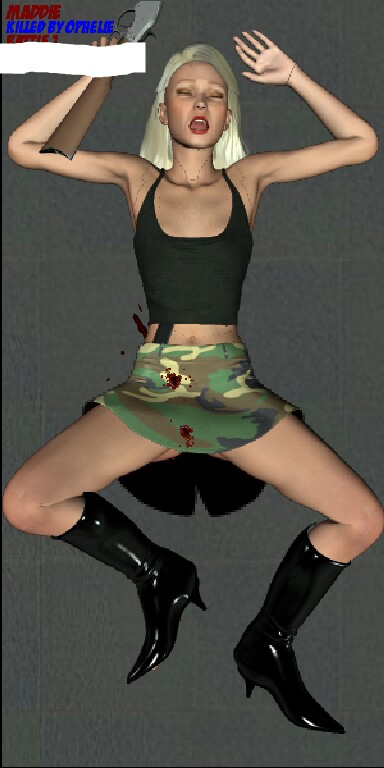 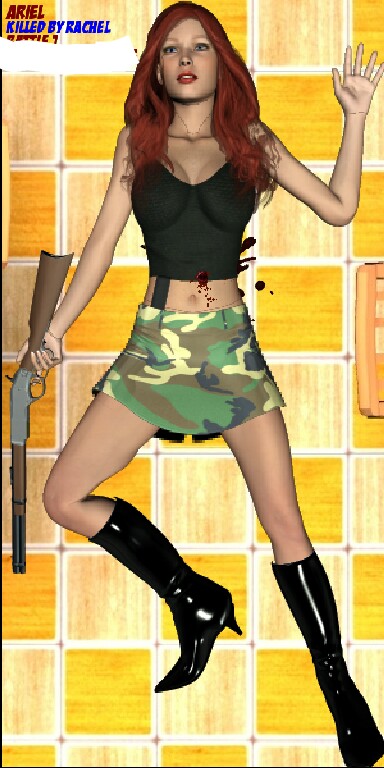 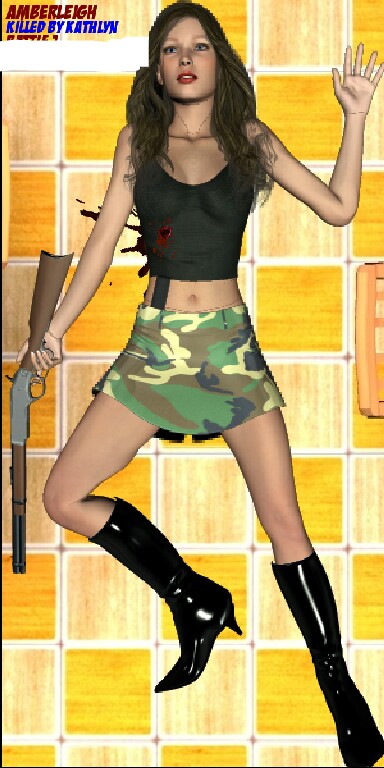 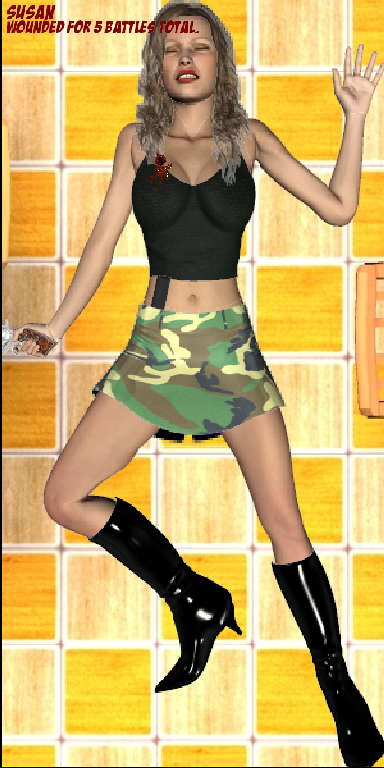 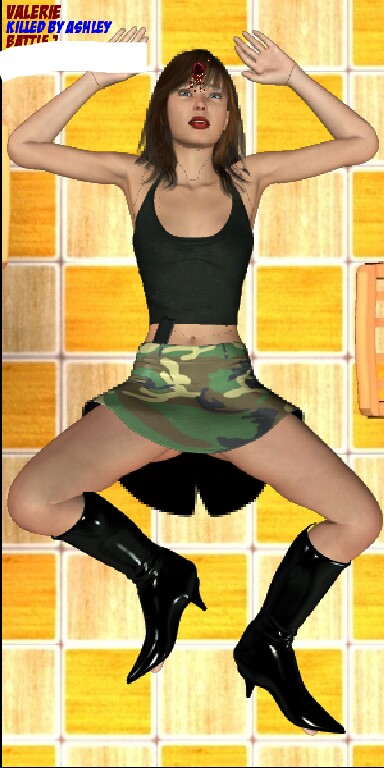 As you can see, I have created a squad to support your team!
Battle 2 in preparation, in the meantime, spend your points!

Is this format suitable for you or would you like to make changes?
Last edited: Mar 11, 2020

As you can see, I have created a squad to support your team!
Battle 2 in preparation, in the meantime, spend your points!
Click to expand...

As you can see, I have created a squad to support your team!
Battle 2 in preparation, in the meantime, spend your points!
Click to expand...

Thank you for your answer! Are you interested in the campaign? 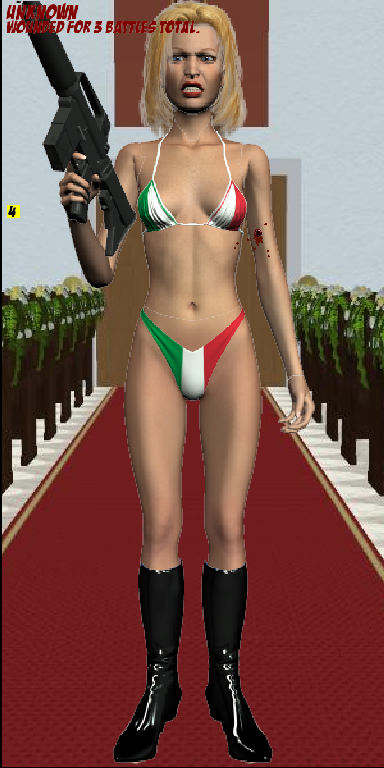 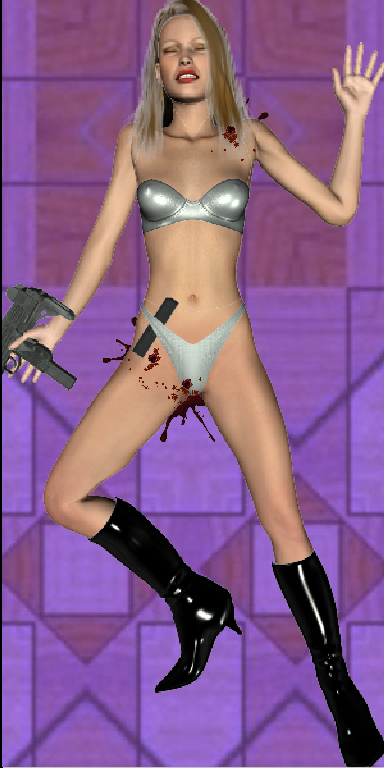 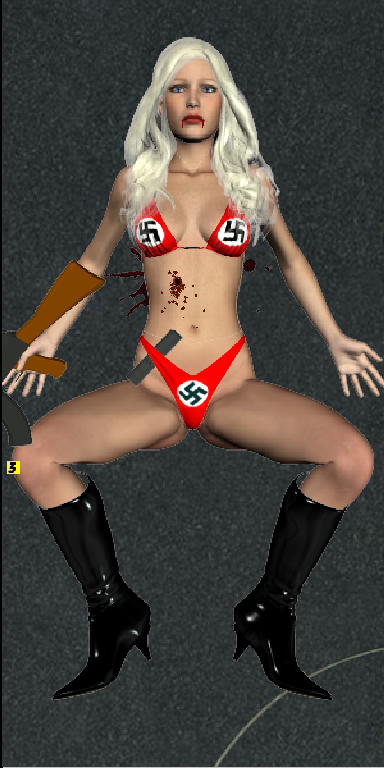 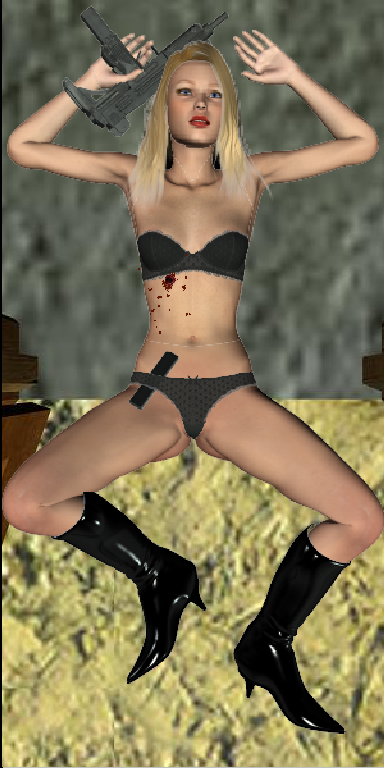 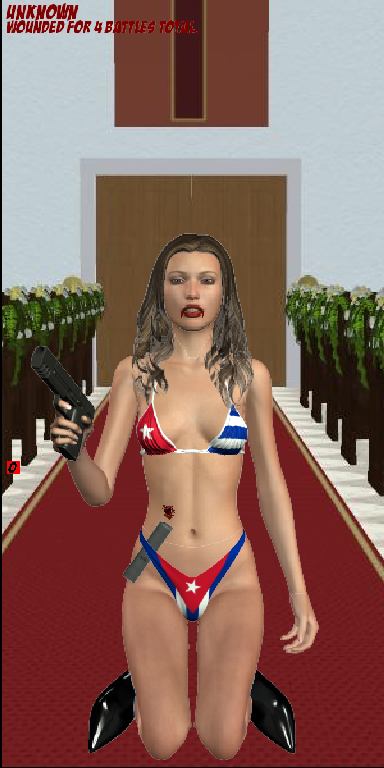 Here, some pictures that I made before. I must still have quite a few others but it would take too long to publish everything all at once.

Yeah, sure. You need more teams here so here's one. Not sure how character creation works there exactly so if I suggest a hairsyle or something that's not possible just go with whatever you think works.

Thank you very much for your contribution, your team will be ready soon!
I

I spend my 2 points to buy 2 new recruits.
I

Here are some pictures of your team, sorry I didn't find what you wanted but I will send a message to the creator to ask him to add some things.

Do I get points to replenish my squad, or what? Like, do I have the base 2 for the mission, and then 2 more to replace Mneme?
I

No, sry, only points for the mission.

Hey man I would like too join too if possible!

Here is my squad

Wendy is a curvy 30 year old english woman, she is cruel and seductive, she has pale white skin and shoulder length chestnut brown hair

Li is a petite very slim 19 year old Chinese woman. With medium dark skin She loves to scream and shake her ass in excitement as she moves down foes

Mia is a medium build 25 year old Italian women with tanned skin and a short pink pixie cut hairstyle. She is cheerful and happy go luck


No upgrades as that's all 10 points spent!
I