Beat Down: Fists of Vengeance

Beat Down: Fists of Vengeance for PS2/Xbox [Capcom]

Beat Down: Fists of Vengeance is a 3rd person action/fighting game that has story mode and vs mode. In it, the player takes the role of any of 5 gangsters, running from their boss. The player earns respect on the street by fighting enemies to take down a shadowy organization and become the city's ultimate fighter.

- Of the 5 playable characters, two are female (Gina and Lola).
- Most of the in game combat is hand to hand street fighting with a decent selection of melee weapons like knives and baseball bats. There is a pistol available in the game, but it's rarely used by NPC's.
- As your character takes damage, they will have lasting bruises and bloody features until you heal.
- If you lose a fight against an NPC that's available for recruiting with 0 pride, you'll be forced to beg for your life. If you refuse, a brutal beating scene will play out to a game over screen.
- While the majority of the enemies are male, there are several female enemies, including random female civilians you can start fights with. There is also one recurring female boss NPC.
- A few female NPCs can be recruited throughout the game. Recruiting can sometimes be done by paying them if they're open to it, otherwise you can defeat them in a fight and force them to join you.
- There are several clothing/accessory vendors in story mode, as well as a barbershop to change your hairstyle and a hospital to have plastic surgery done.
- Clothing and accessories provide no benefit to the character besides aesthetics and lowering your detection rating to gangsters and cops.
- Stat items can be picked up and purchased throughout the game and are also gained by leveling up from experience, which is gained by completing missions and winning fights.

BEAT DOWN - Official Beat Down: Fists of Vengeance website 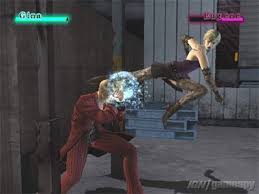 Played this game, very cool. Loved that you can mount a prone opponent and beat the hell out of them. Female characters very cute, too.

This game has also a feature to (brutally) beatdown your oponent in story mode. The option "beatdown" is a finishing move, depending on the weapon, your character is currently wearing. There several finishing moves.
As I said, these finishing moves seem to be available only in story mode. I am wondering if there is a way to perform them in versus-mode.

No, because you don't have that option. Only story mode.

I had both this and Urban Reign, and to be honest, I prefer Urban Reign.
C

Raden said:
No, because you don't have that option. Only story mode.
Click to expand...

This clip seems to be done in versus mode because of the unique characters, and it has beatdowns with seemingly hacked camera angles. Any idea how to do it?
Last edited by a moderator: Nov 18, 2015

Only thing I could even begin guessing at would be Codebreaker or Action Replay codes, but I have never seen any of them that can do that.
C

Came across this blog while googling the Japanese name for the game. Use ctrl+F to find the game's name, and it mentions something about code remodeling. I'm guessing someone hacked the Japanese version of the game. Now to find out how.

Is there any sort of 2 on 1 in this game? Re-watching the videos, I've noticed the backgrab animation is stalled until, I'm assuming, you press a button to do a move. Is it a tag move system like Urban Reign/Wrestling games?
K

Is there any sort of 2 on 1 in this game? Google Translate Came across this blog while googling the Japanese name for the game.

Nope, the back grab is just so you can do a strike or transition into a back mount or something. No tag team moves.
?

Correction, there are in fact tag team moves but they are quite rare and hard to pull off. In any battle where you have extra characters to play as, if you grab your opponent and push them towards standby characters, there is like a 10% chance that a tag move will initiate.

As for hacking the camera angles, this game's values don't seem to be DRM'ed (and I should know ^^'). I would suggest using the PCSX2 emulator along with artmoney, or if artmoney is too slow on your system, you can use PCSX versions before 1.0.0 to utilize a built in search engine.

I'd like to point out that whenever I played against Diana and two of her friends, I found it astounding that she used their tag moves in every other opportunity!

....How the hell have I never seen any then?

...You never played against a trio of enemies? Or you never let them grab you and move you around while they were close to their comrades? Or you never grabbed your opponent and moved her towards your own comrades? Whatever the reason, go and experiment, you'll love what you'll see :-)

I'm not sure which I would prefer when you lose a fight, both the beatdown and the begging for your life sound pretty good
You must log in or register to reply here.
Share:
Reddit Pinterest Tumblr WhatsApp Email Link
Top Bottom