Topic Creator Stupidity Note: While I am requesting this nude mod, embarrassingly, I do not have the game itself nor do I have a computer strong enough to even run the game. I am merely making this request to put it out there as I feel this was a missed opportunity and I'm sure people who may have wanted this as well who actually own the game would love to have something like this. The Evil Within is a survival-horror game that came out last year on October 14th, 2014. To my knowledge, I do not believe anyone has made any mods at all regarding this game save the few that corrected some of the games problems; mainly the FOV and the letterboxing issues. In the story of the main game, you play as Sebastian Castellanos and with his partners Joseph Oda and Juli Kidman, investigate a bizarre murder incident at Beacon Mental Hospital. Only for something to go horribly wrong and for Sebastian to wake up separated from his partners in some nightmarish Hell out to kill him. 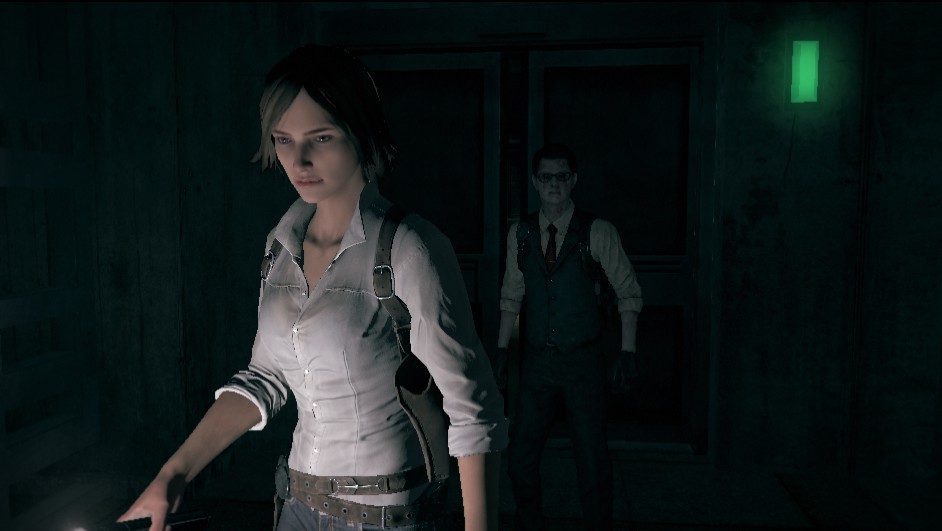 Juli Kidman, a mysterious character throughout the game, does show up in-game with Sebastian and Joseph from time to time, but not too often. She was never playable in the main game and, to my knowledge, there was no way to swap models out with Sebastian to play as Juli Kidman. A few months later, two pieces of DLC had been released where you play from the perspective of Juli Kidman titled "The Assignment" and "The Consequence". Her gameplay segments don't have as much freedom of combat compared to Sebastian's, but rather a lot of tense stealth sequences with a few action segments sprinkled in when things get serious.

As far as getting "good looks" on her model, there are a few moments where you can take a gander such as when she is crawling through vents. But even so, she is still quite the looker which may remind people of Jill Valentine in her first survival horror game. And look how many nude mods there are of her, eh?

I am sure modding for this game isn't easy as modding in general isn't. Maybe that's why nobody has bothered to even attempt a nude mod of Juli Kidman. Or maybe because the game kind of bombed super hard and had poor sales that nobody thought to waste their time making one for her. But should anyone see this and want to try, then hey, that's something, I guess. Of course, I won't be able to really enjoy it myself, but I'm sure others can and will! And if they make videos on it, then even better, eh? Eh? ... Eh... Though something tells me modding for this game is impossible.

Two years later and nothing. Clearly this is something nobody gives two shits about... It's also because the game itself is neigh impossible to mod. So it was basically an impossibility from the start. Of course, of course. As expected from what I want and desire. Well, so much for that. Might as well delete this thread.
N

Yo should go into the devs forum and talk yo shit about it. They are the ones give us a pain in the ass.

A Broken World With No Values (Story)

U
Interactive Zako Novel: The Requisite Academy for Duplicitous Girls