I use uMod to capture textures then use photoshop or gimp to alter them. If there is a way to alter the models I don't know it. For this game I noticed it uses two or three textures, one the basic clothes/skin then we have this blue shader/shadow thing which gets funky if you turn to transparency and somethings a mostly transparent layer as well that I think is mostly lighting or shadow sort of stuff.

So as an example I had to edit two files for Tashigi. The basic clothes/patterns texture and the odd blue one. I originally ignored the blue one but the skin where her jeans are maintained the jeans texture only keeping it skin colored. This irritated me so I tried fixing it, flattening the same area on the blue layer into a smooth single color pattern removed the lumpy jeans texture.

Not sure why Tashigi's isn't working. You only used one set right? Did it try each one and none of them worked? Did Robin's fail also? I wonder if it is DLC related or maybe the file got corrupted after the move? Hmm, I'll have to reinstall and try the mods later this weekend.

Perona is such a cutie

Oh yeah, if you try to capture textures a little trick that got me was that the game has the same textures for each character's outfit but smaller. This is used for the model when you're running around the board game type mode with islands. This is NOT the texture you need, find the larger ones.

Thanks, I will try it these days. c:

Robin worked fine.
I tried Tashigi's several times, without the blue and/or transparent texture and with it. I also used Robin's and Tashigi's together to check if I do something wrong, but only Tashigi's wouldn't work.
Yeah, try it yourself, maybe I'm just too stupid

I don't know what to say. I just tried it on my laptop and it works fine for me. Make sure you're using only one of the folders which should only have two files for Tashigi. If you're just checking via gallery sometimes you need to click on change costume before it "refreshes".

Tried uploading a video but then realized this forum doesn't support video files. Probably just as well, its 250mb.

Here are some crappy screens instead. Shots of testing v2 but I tried others as well. Still don't know why it isn't working for you. Shame, I like this one most 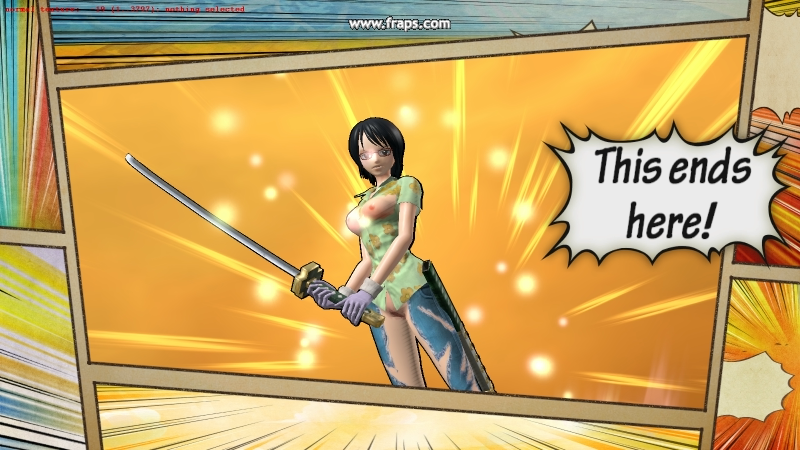 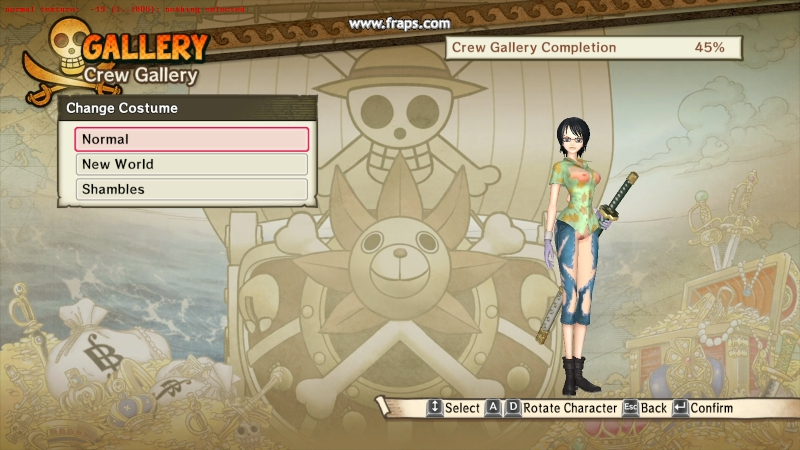 I'll try it again in a sec, I knew it was my stupidity.. xD