Please register for a free account to download
Overview Reviews (2) History
This mod requires the Loader and Template Extension to run. 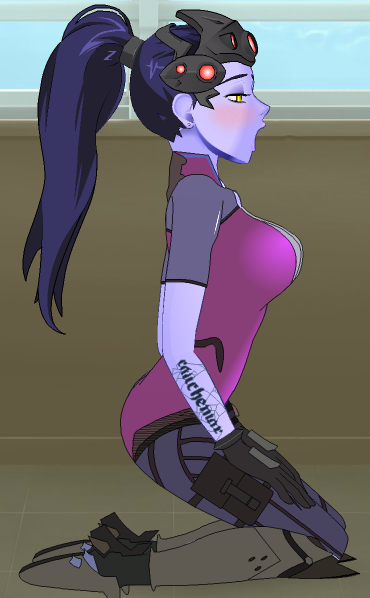 This mod is only the outfit. The hair seen in the image above was made by Teadium and can be found here: Widowmaker Static Hair

A standalone version of the tattoo (as requested by someone recently via DMs) can be found here, both as a version with the character code intact (i.e. when you import the mod it changes the girl's skin tone, breast size, eye color, and so on to match the looks from the above shot) and a version that is only the tattoo:
Widowmaker Tattoo Standalone [With Character Code]
Widowmaker Tattoo Standalone [No Character Code]

*An alternate, dynamic version of the hair can be found here: Widowmaker Dynamic Hair This dynamic hair makes use of Extended Hair Physics, thus requiring Loader v5.45 or greater. If you have an older version of the Loader, all you need to do is replace your Loader.swf with the new version from that download and you should be set.

I made a new review. :) I first had a problem with this costume but that's because I made a little mistake. Thank you Samoth for your big help! This costume is made great and you deserve your 5 star rating! :)
Upvote 0 Downvote
Finally a complete Widowmaker mod, I was waiting for this. Thanks a lot!
Upvote 0 Downvote
Read more…