Aqua was previously worked on by both Dante and Synonymous, who did fantastic jobs. Aqua’s hair and the legging/boots of her costume have been completed and can be found at the following thread:

Is anyone willing to do an entire swf mod for aqua from kingdom hearts birth by sleep? I mean the ENTIRE outfit, boots and all? I found some hair for aqua in the archive, but it really didn't do it for me :/ anybody feel up to the task of making one so good, Square Enix themselves would be proud...

Would anyone be willing to finish the rest of Aqua’s costume? I’ve attached a few reference images: 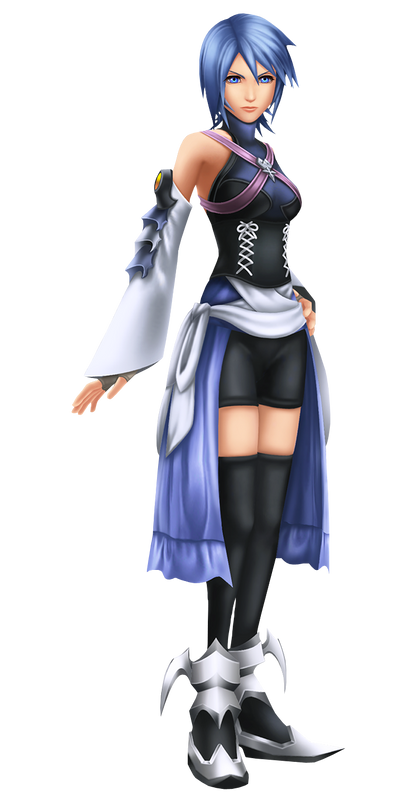 A problem that has been discussed regarding the outfit are the blue threads attached to her side. Specifically, they are very long and wouldn’t be possible to add full-length. One possible solution would be to either shorten them greatly, or they could even be removed entirely. I’m up for any ideas.
Last edited: Dec 31, 2019
You must log in or register to reply here.
Share:
Reddit Pinterest Tumblr WhatsApp Email Link
Top Bottom