Here are my custom zakos, DangerBoy and the "Danger Rangers". An annoying band of arrogant galactic goodie two-shoes that get their asses handed to them by an all female henchie organization called Nebula. Lethal fun ensues! Anti-heroes are the best, all hail Nebula!!! I designed this from existing art. The guy is quite talented. 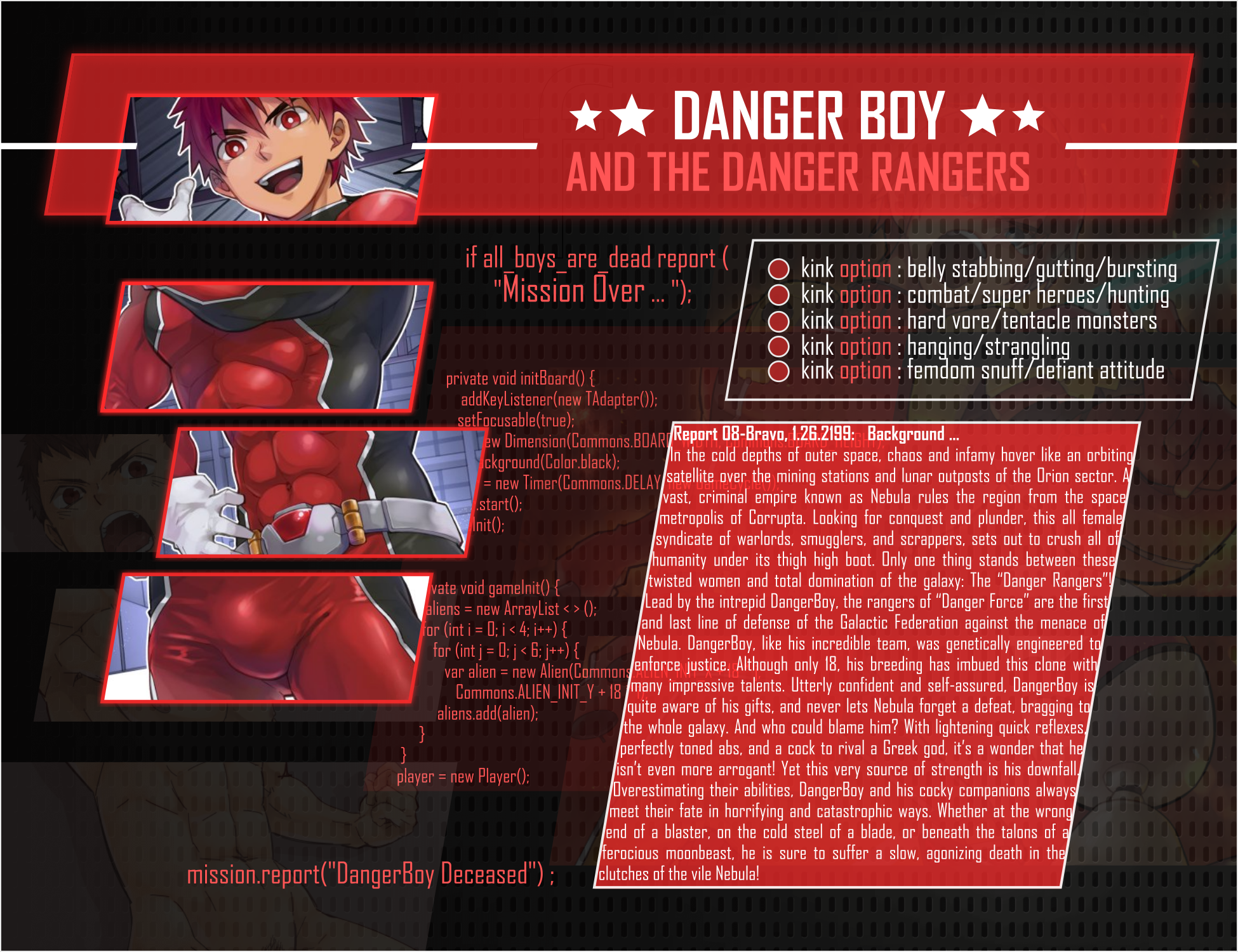 The top danger rangers, but just as easily destroyed as the rest. All of them have unique combat abilities but when compared to the henchies of Nebula they don't stand a chance!

Yes, good to see I'm not the only one into and creating male zako stuff ha ha
(that you can find here :p : joncujoh - pixiv )

Usually I prefer a team of heroes taking care of my bad boyos lol, but henchie org can be a good idea, it can change the way of action in each story, so yeah good stuff

Would love to see them getting absolutely destroyed be the Nebula hench wrenches!

Totally! I've been lamenting the lack of male zakos for a while, I love playing one even more than snuffing out fem zakos!

Here are the other zakos on the top crew of the Danger Rangers. I posted earlier but it got deleted cause I forgot you cant include nudity here....*cough...cough* (just kidding mods! I know it's not your fault, sorry about that!)
Z

I think there's more then enough male zakos in fiction, their like the default, I think that's why female zakos get alot more attention since their very rare by comparison.
W

Ryonani Teamster
Is there more to this? whose the artist?

Zamaron1 said:
I think there's more then enough male zakos in fiction, their like the default, I think that's why female zakos get alot more attention since their very rare by comparison.
Click to expand...

Maybe, but not in zako fetish fantasy! And that is what we are discussing here after all.

weediscool said:
Is there more to this? whose the artist?
Click to expand...

I can create more material if people are interested in seeing it! I put it together from the original artist, who can be found here: とらきち - pixiv He's very talented and draws great boys to use for retouches, but it's all gay stuff and has nothing to do with zakos.

What would you guys be interested in me retouching for male zako fantasy???

1. Character cards like shown above?
2. Males being snuffed?
3. Something else?!

ZAKO ORGANIZATION: "MEGA", Males Engineering Global Anarchy, an all boy group of psychos whose only goal is to use their clandestine billionaire funding to institute global anarchy, toppling world governments and bringing about the reign of mega oligarchs who will rise from the ensuing chaos!

ZakoForce69 said:
What would you guys be interested in me retouching for male zako fantasy???

I have a fetish for male boxers though. You can see it here:

Tsukachan said:
Anyone here has a fetish for male boxers (including kickboxers and muay thai practitioners) being dominated by a non-boxer girl? (like a female martial artist, wrestler or something). Here are some few examples:

Tower of God episode 5 has a muscular boxer guy with a pair of black spats, a champion belt and red gloves that gets knocked out by a masked woman (according to the wikia her name is Hwa Ryun) with a metal staff:
View attachment 110043View attachment 110042

God of High School had a muscular and tanned boxer with blue gloves, black boots and black boxing trunks on Episode 1. He looked pretty hot, but he was knocked out off-screen: 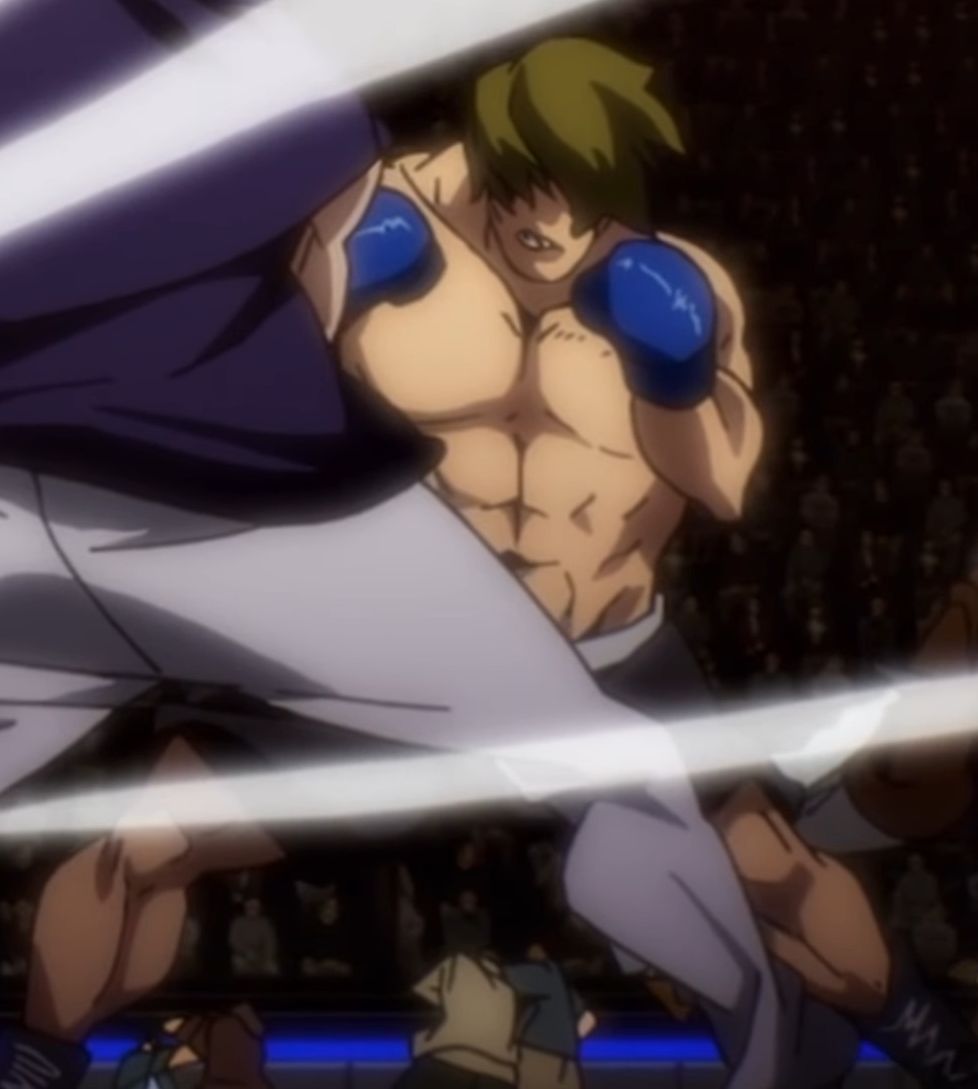 The Takeover has two boxer enemies named Hornet and Tomcat. Hornet has blue boxing trunks and gloves, while Tomcat has red boxing trunks and gloves. Both of them wear arm and ankle wraps, which makes them more sexier. They appear to be pretty toned, and they have a tan complex since they're Southeast Asian. They're pretty common in the game and can be dispatched easily:
View attachment 110048View attachment 110049

Yakuza 7 has a rather lean-looking 20-year old boxer with red gloves and blue boxing trunks. He can be taken out in many ways, including giving him a CBT using one of Saeko's skills. 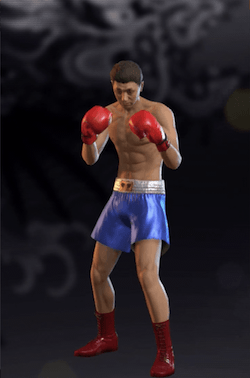 Some honorable mentions are Tekken's Steve Fox, Streets of Rage's Raven/Eagle, King of Fighter's Joe Higashi and Persona 4's Akihiko Sanada. If you have any suggestions or any findings, feel free to reply!
Click to expand...

Man, if only your fetish involved killing, Tsuka!

ZakoForce69 said:
Man, if only your fetish involved killing, Tsuka!
Click to expand...

Well, you can kill the boxer dudes tho ;)

I mean like with blades, strangling with wires/belts, or guns!

Yes, with those too
N

ZakoForce69 said:
What would you guys be interested in me retouching for male zako fantasy???

Definitely males being snuffed by females! My personal preference would be for more graphic content, but do it to your taste!

I will try to do retouches with males being snuffed by females! It's hard to get this because there isn't really any source material, so I have to put them together from different pieces.