RPG/ Adult/ Text Adventure/ Fantasy
Synopsis: The manifestation of hatred, lust and corruption has spread across the entire planet like a plague; erasing memories, twisting identities and mutating every living thing in it's path. As the last of the free races band together to hold it back from northern Auvora, frightened refugees flee to the southwest for safety...

Become a patron of Anonynn today: Read 398 posts by Anonynn and get access to exclusive content and experiences on the world’s largest membership platform for artists and creators. 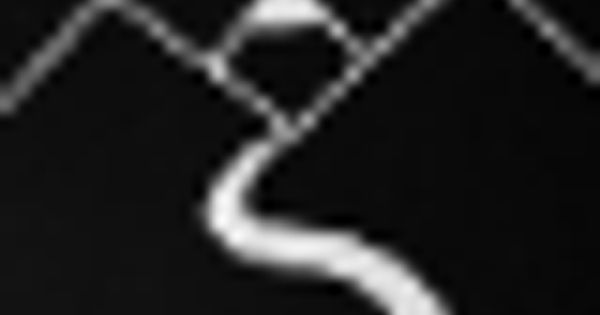 I really enjoyed my playthough of this game and can't wait to see the rest when it is finally finished!

SonicMarioHero said:
I really enjoyed my playthough of this game and can't wait to see the rest when it is finally finished!
Click to expand...

So, embarrassingly enough, I can't figure out how to fill the waterskin...how do you make this magic happen?

killzone109 said:
So, embarrassingly enough, I can't figure out how to fill the waterskin...how do you make this magic happen?
Click to expand...

Sorry about that.
In 0.9.2C I was in the middle of transitioning all the items over to clones so that items can be duplicated and stacked, unfortunately, this affected a few items in the game, particularly the waterskin/water interactions and the oil lantern/oil cartridge. All of that has been fixed for the 0.9.2D (Patron Beta) that I released today, which is a test of new features to see what works and what doesn't essentially. In the official 0.9.2D (Public) version due out 11MAR17, you'll be able to see for yourself!
Again, I apologize for the frustration that must have caused. I hope it didn't affect your experience of the game too much. : / But if it did, they are problems that are fixed and I would love your feedback for the public version when it comes out. Thank you for playing too. I appreciate it!
H

I really enjoyed my playthough of this game and can't wait to see the rest when it is finally finished.you realy work very smart.i like it. i suggest you a site named as the drama cool.

hakiran said:
I really enjoyed my playthough of this game and can't wait to see the rest when it is finally finished.you realy work very smart.i like it. i suggest you a site named as the drama cool.
Click to expand...

Thank you very much!! I really appreciate the compliment ^_^ ! And sure, I'll check it out. Thanks for the recommendation.

Most of this thread consisted of posts announcing updates. I'm deleting the old update posts as they don't add any value to the thread. I have NOT deleted responses that other people have made to the thread or your replies.
Please note that I have no problem with you making update posts, but please, when you do so, delete any older update posts.
Very respectfully,
fleet (global moderator)
Last edited: Mar 17, 2018

fleet said:
Most of this thread consisted of posts announcing updates. I'm deleting the old update posts as they don't add any value to the thread. I have NOT deleted responses that other people have made to the thread or your replies.
Please note that I have no problem with you making update posts, but please, when you do so, delete any older update posts.
Very respectfully,
fleet (global moderator)
Click to expand...

wow... r they really that far ahead D:? wowpinoychannel 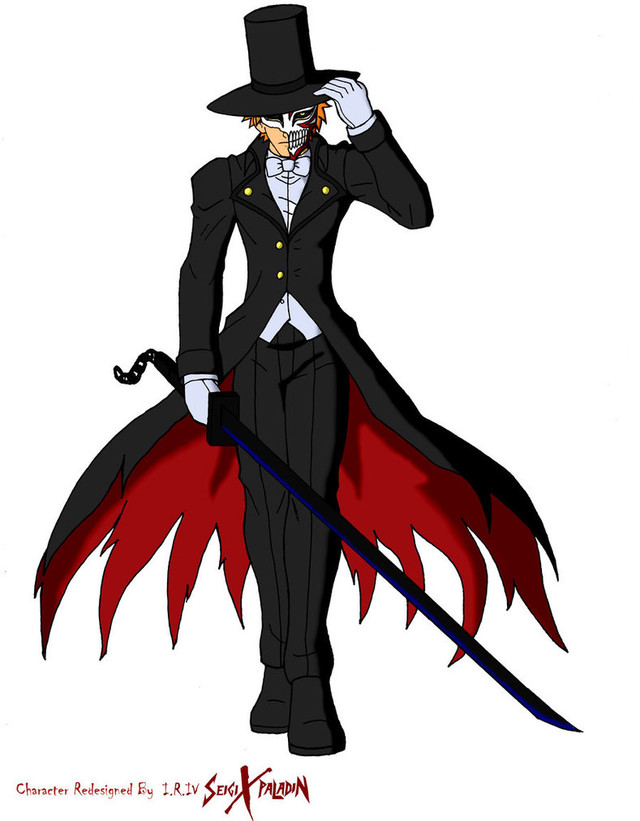 wowpinoytv said:
wow... r they really that far ahead D:?
Click to expand...

What do you mean? :O

Game Expansion
Event: "Robbery" has been mostly written but is not coded into the game yet.

I've begun writing for another Event called "Cabin". This event is at the beginning stages of description and therefore isn't coded into the game yet.

Entice Part 1 of 3 is officially in the game. Check out the Combat Section below.


Bug Fixes/Changes
The Help Guide has received another revamp. The changes are listed below.
All sections now have a recall that brings them back to the Help Guide main menu once they are finished reading a selected passage.
The Blog website has been replaced with the Adventure and Mischief Studios (AMS) website.
The Questing System v1.5 section has been renamed to Quest Log v1.5.
The Quests section has been removed and combined with the Quest Log v1.5 selection. A new menu has been added as well. Several passages have also been rewritten within it.
The Useful Commands section had been completely redone and simplified and reorganized as well.
The entire Help Guide has been moved to it's own function to reduce the strain put on Quest when loading it's huge code.
The entire Help Guide has been reorganized for easier searches. It now appears in the following order:
Changing Font Size
Searching Rooms
Useful Commands
Stat Guide
Skill Guide
Mood Guide
Combat Guide
Player Status Conditions
Difficulty Modes
Save System
Bad Ends
Resting
Weather-Seasons-Time of Day-Location
Crafting System
Harvest-Destroy-Repair
Quest Log v1.5
Relationship System v3.0
Player Titles
Premade Characters
Special Thanks

I fixed an absolute myriad of problems occuring with the new Entice; spelling problems, brackets problems, code errors and much, much more. I also fixed Function errors regarding it, menu problems and 'this' problems. Needless to say, it was a friggin nightmare to fix and recode but totally worth the time and energy I put into it.

Entice is now officially in the game (at least one/third of it). Yay! Here are the details!
I completely gutted the old system so now this is Entice v2.0. I removed all of the old code and all the systems associated with it as well and rebuilt everything from the ground up. Essentially, there are two major pieces involving the new system.
1) Building Lust
2) Having Sex
What this means is both the Player and MOST enemy's have a Lust counter. Enemies for the Halloween event, "Hallow's Shroud" for example, cannot be Enticed and cannot Entice the Player in return. The same goes for the Pale Abomination. The exception to this is that Zombie enemies CAN be Enticed but cannot Entice the Player in return (because gross)! This means there are three types of enemies...
1) Unable to Be Enticed/Unable to Entice
2) Able to be Enticed/Unable to Entice
3) Able to be Enticed/Can Entice the Player.
As mentioned, both Enemies and the Player have a Lust Counter. If the Lust Counter is '9 or under' the game will take the Player's Gender and the Enemy's Sexuality into Account. An Enemy can be Straight, Bi or Homosexual. This will determine how much Lust they build with your Entice, if any. Upon Enticing an Enemy 1 of 4 scenarios will occur, each with three variations per Lust Level 1-4 or 5-9 for a total of 6. Each of these 6 variations are also different depending on the Player's Gender so 12 different scenarios with numerous variables in each.
The major focus of each scenario is listed below.
Scenario 1 (50%)
Butt Focus.

If a Scenario FAILS by not meeting the Sexuality requirements of an Enemy you're trying to Entice, you will recieve between 1 to 3 damage.

If the Player uses Entice while an Enemy's Lust is 10 and they succeed, they will be presented with two options.
1) Have Sex
2) Attack
Attack Choice: The Player will attack the opponent for 3x times the normal damage. This can miss but will be able to repeat the action until they land a hit for the same effect. After that, the Player loses the ability to Entice that Enemy again and if they are still alive their Lust returns to 0.
Have Sex: The Player is presented with a new menu containing 8 choices. These are next on my Entice to-do list and are NOT COMPLETE. They will have at least 2 variations for each Player Gender.
"Take Them From Behind"
"Take Them On All Fours"
"Take Them On Their Back"
"Move Onto Your Back"
"Let Your Mind Wander"
"Use A Toy"
"69"
"Play With Their Nipples"
"Stop Having Sex"
Each of these will have the chance to increase the Player's Lust until it reaches 10 and then the Player will climax. The Player will have a chance to impregnate enemies as well or be impregnated by enemies. More choices may come in the future as well but I want these as starters.

Some Enemies that fall into category 3 (Able to Entice the Player) will have a Special Ability that can raise the Player's Lust depending on their Dominant Mood and Orientation. If the Player's Lust reaches 10 and the opponent uses this Special Ability, they have a chance to have sex with the Player. You will be allowed to Resist their advances (and you will SUCCEED if you have any Resist (at the cost of -1 or -2 Resist)) otherwise, resistance will be based on a number of factors. More on this once I get to it.

Remember if you attack an Enemy -- you lose the ability to Entice them for the rest of the fight.


Transformations
The Shortification Elixir has begun it's remaster/recode. I've already rewritten the main description and have gotten it ready for complete remastering/recoding.

The following items now have their skeleton coding finished and are usuable (excluding the Intelliga). All I have to do is write their basic descriptions and the body modification scenes themselves and these items will be finished.
Buttavica - Butt Size Increase
Buttminish - Butt Size Decrease
Hip Grow Plus - Hip Size Increase
Hipishrinkten - Hip Size Decrease
Mammarize - Breast Size Decrease
Lipkin - Lip Size Decrease
Intelliga - Intelligence Increase
I should have more simple stat increase/decrease items coming along soon along with all that. I want one for Strength, Agility, Maximum Health, Maximum Carry, Resist and so on. Unfortunately, they'll be made by the company: "I Can't Believe It's Magic!" instead of "Like Magic!" -- so they'll be detriments/debuffs to taking them.


Stats
I've added a new Submit Verb to Enemies. The effects change depending on your Dominant Mood. For Sympathy/Serious Dominant Moods the Player will refuse to give up. For Sexy/Sympathy Dominant Moods, the Player takes damage x3 for one turn and instantly gains +10 Lust. It will also bring the Player to the Enemy Dominating scripts once they are written (soon). For now, it only causes the above status' to occur.


Travel
Event 3: The Robbery
Location: MIDDLE FORK (SOUTH)
Summary: As you trudge through the forest, you suddenly hear a call for help. Could this possibly be a trap, or perhaps a person in distress? Depending on several variables you can investigate this scene or ignore it entirely. Will you report it to the guards later on? Or will you leave the person or people to their fate? Be careful because danger lurks around every corner.
You must log in or register to reply here.
Share:
Reddit Pinterest Tumblr WhatsApp Email Link
Top Bottom