Female zakos : want to appear (by username) in my zako artwork?

Hi guys, so as part of my photo / art manipulated artwork, I thought it would be a lot of fun to put girls from the forum as identified zakos, both terminated and under surveillance by the authorities (STEEL, COK, etc.). Any girls want to volunteer for that? Below is a vanilla example of the kind of art work I create (no naughty stuff yet until it's finished!). Your name could appear in a list of terminated zakos for example, in something like the scene below. 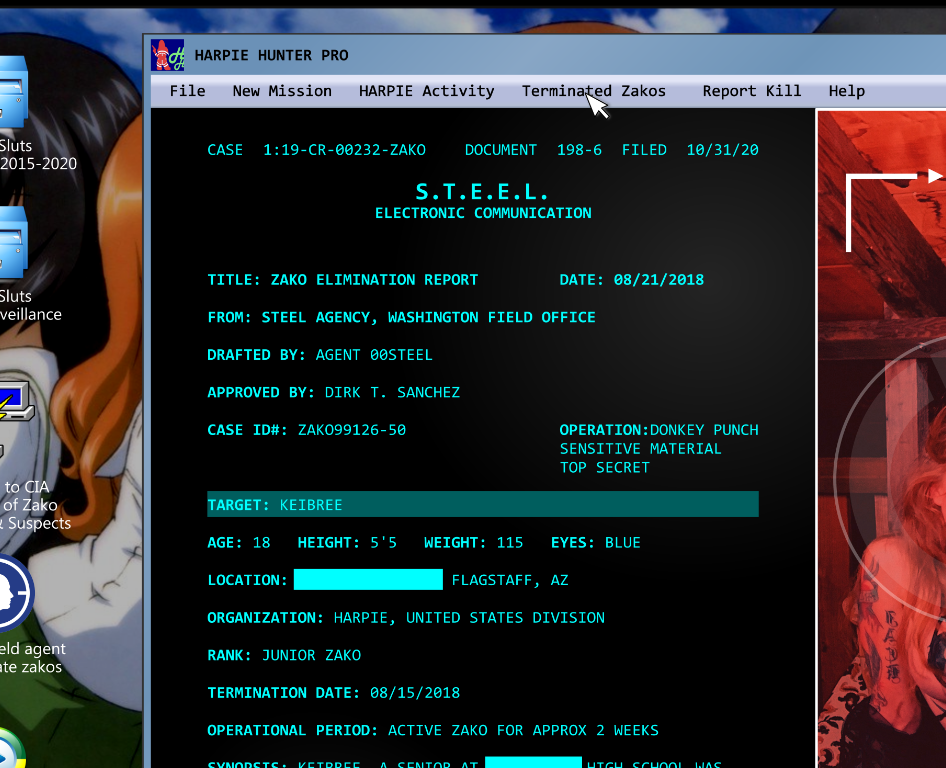 ZakoForce69 said:
Hi guys, so as part of my photo / art manipulated artwork, I thought it would be a lot of fun to put girls from the forum as identified zakos, both terminated and under surveillance by the authorities (STEEL, COK, etc.). Any girls want to volunteer for that? Below is a vanilla example of the kind of art work I create (no naughty stuff yet until it's finished!). Your name could appear in a list of terminated zakos for example, in something like the scene below.

Please do one for my Danjou Boxing Club zakos!!

Description:
Based in a school on East Capital City, Danjou Boxing Club is a martial arts club that recruits 15-25 y/o boys and girls as their grunts and members. Behind their facade as a normal school club, they also work as hired muscles , thugs and assassins for various customers throughout East Capital City, including terrorists, mafias (including yakuzas), street gangs and even the government. Their motto is "brawns for brains", and they despise weak people. Their organization consists of three classes:

Boxers/kickboxers
The cannon fodder of Danjou Boxing Club, mostly consists of younger boys and girls. They're armed with boxing gloves and their expertise in kickboxing, muay thai and MMA. The male fighters are mostly shirtless, only clad in a pair of shorts and bandages, while the female fighters are wearing either sports bras or tubetops. Sometimes they also wear loose tanktops. Both male and female fighters wear white headbands as a symbol of strength, and female fighters has black armbands/prajioud. Their physical condition are pretty athletic and slightly toned, although they can be easily defeated with a roundhouse kick into their heads or by gunning them down. Kicking their crotch will also render them helpless.

Wrestlers/grapplers
Danjou Boxing Club's elite grunts, consisting of the older members. They're much powerful than the club's boxer grunts, but they're slower since they mostly excel in CQC in narrow spaces. Their arms and legs are muscular and thick, and their abs are almost as hard as a rock. Just like the boxers/kickboxers, male wrestlers are shirtless and only clad in a pair of wrestling shorts/briefs, while the female wrestlers are clad in strapless leotards that exposes their ample breasts and clean armpits. Both male and female wrestlers wear matching wristbands, kneepads and boots. Dealing with a wrestler is a hassle, since they're pretty big and their sweaty body makes them hard to grasp. They can be killed or defeated using environmental takedown (electrocution, poisoning, drowning, dismemberment or concussion) or using ranged weapons (guns, throwing knives and throwable items).

Ninjas
Danjou Boxing Club's stealth-based combatants. Unlike the other two classes, the ninjas consists of female members of varying ages. They're skilled in ninjutsu and acrobatics and they're armed with throwing knives and shurikens. Their uniform consists of a camisole with a pair of spats underneath, sock bandages, brown shoes, wristbands and a ninja headband. Ninjas are much harder to defeat, since they move pretty fast and they can use smoke bombs to blind their opponents. Pinning a ninja into the ground will prevent them from escaping, giving the attacker a chance to kill them by snapping their necks or cutting off their jugular veins.

Sumos
Danjou Boxing Club's heavyweight combatants. Unlike the ninjas, sumos consists of male members of varying ages. Sumos are both muscular and obese at the same time, and they attack by creating small earthquakes with their thick legs or sending their attackers flying with a barrage of slaps or punches. Sumos are scantily clad and their attire consists of a loincloth/mawashi with tassels and matching armbands/prajioud as a status symbol. Their hairs are cut into a some sort of a hime-cut or bowl cut hair to give them slight tribal look. Their thick fat are able to absorb melee damage and bullets, but they can be taken down with a blow to the head, environmental takedowns or by stabbing them in their jugular veins or lungs. Sumos are completely helpless if they are toppled into the ground, since they're unable to get up because of their immense weight. They will eventually pass out from exhaustion, giving a chance for the attacker to finish them. 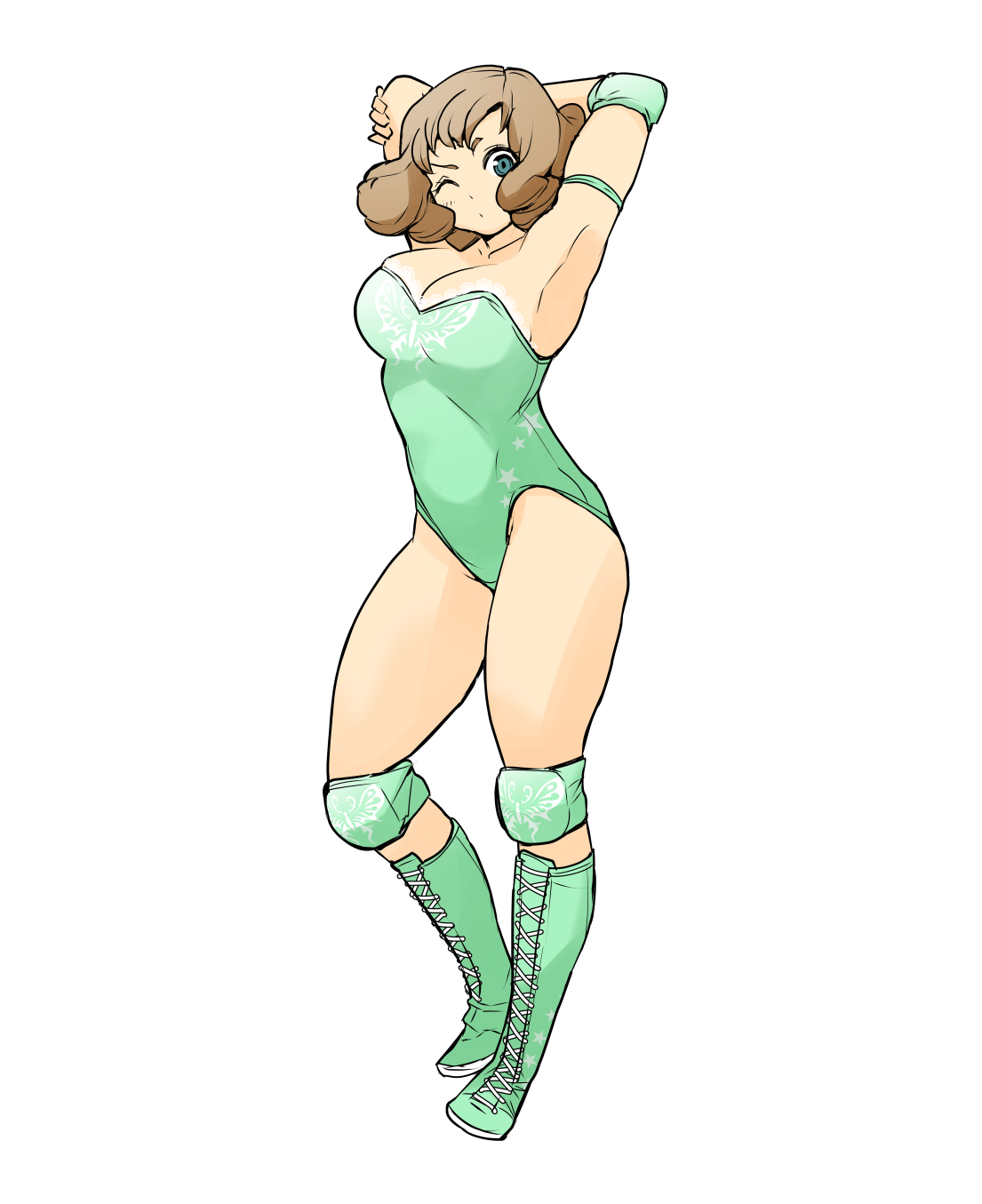 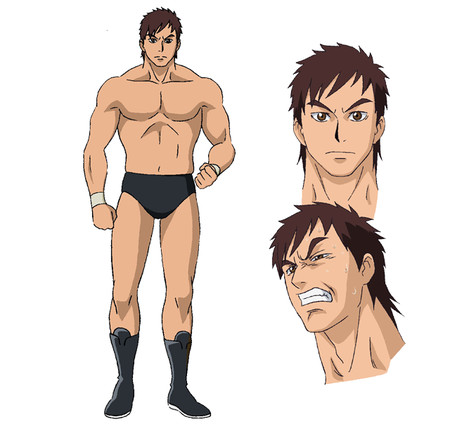 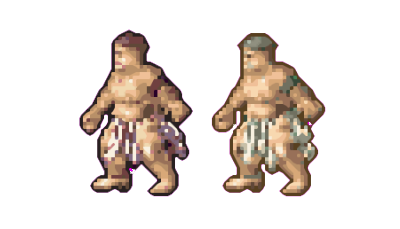 A rather rare female boxer, Suzy. Appears to be a rather chubby boxer with a tubetop and a pair of hotpants. She's a boxer/wrestler hybrid, a rarity in the club with a sassy attitude. 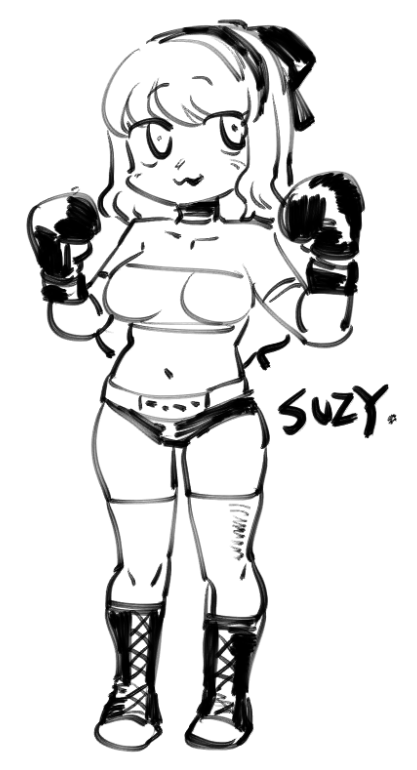 Sorry Tsuka, I only do lethal zako fantasy stuff, and mostly belly snuff.

Feel free to kill my oc tabi: New OC by Ecostars on DeviantArt

Awesome thanks Tuska and Henchgirl. @Tsuka, any name for your henchgirl characters or just Tsukachan?

You may include Karla:

Karla the Henchwoman by Stuelpner-Karl on DeviantArt

Female Zakos! Want an ID Card for your henchie Organization???

J
Elias vs the Imp Girl: a Zako Story

C
Long time lurker, I want to share a preview of my zako project.