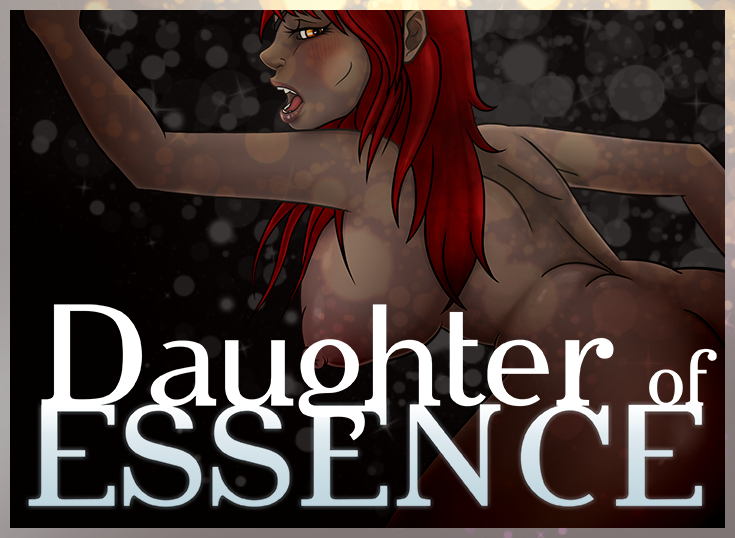 Hi, we’re Indoor Minotaur, a duo of experienced writers and game-makers, and we are creating an adult JRPG called Daughter of Essence.


UPDATED! The public build of Daughter of Essence received another big update on 01-24-20, jumping from 0.94 to 0.116! You can always find the public build at the top of our Patreon.


In Daughter of Essence, you play as Mercy, a young woman who yearns to be free from mundane obligation, free from the oppressive watchfulness of her wealthy family, and free from the harsh laws of the empire. As one of the only living daughters of essence, however, freedom is not so simple. The Oldlight Empire and the Church both want her captured, and countless other factions want her strange gifts for their own gain.
To be truly free, she must learn to sacrifice. 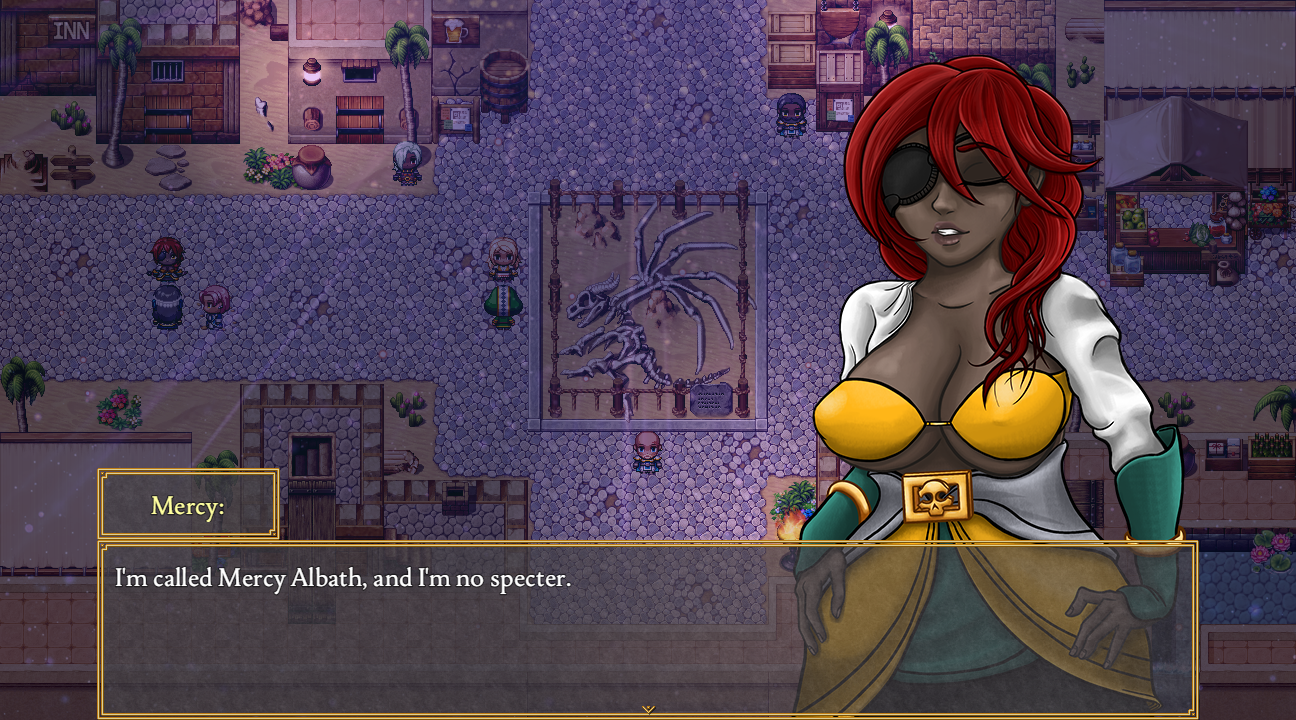 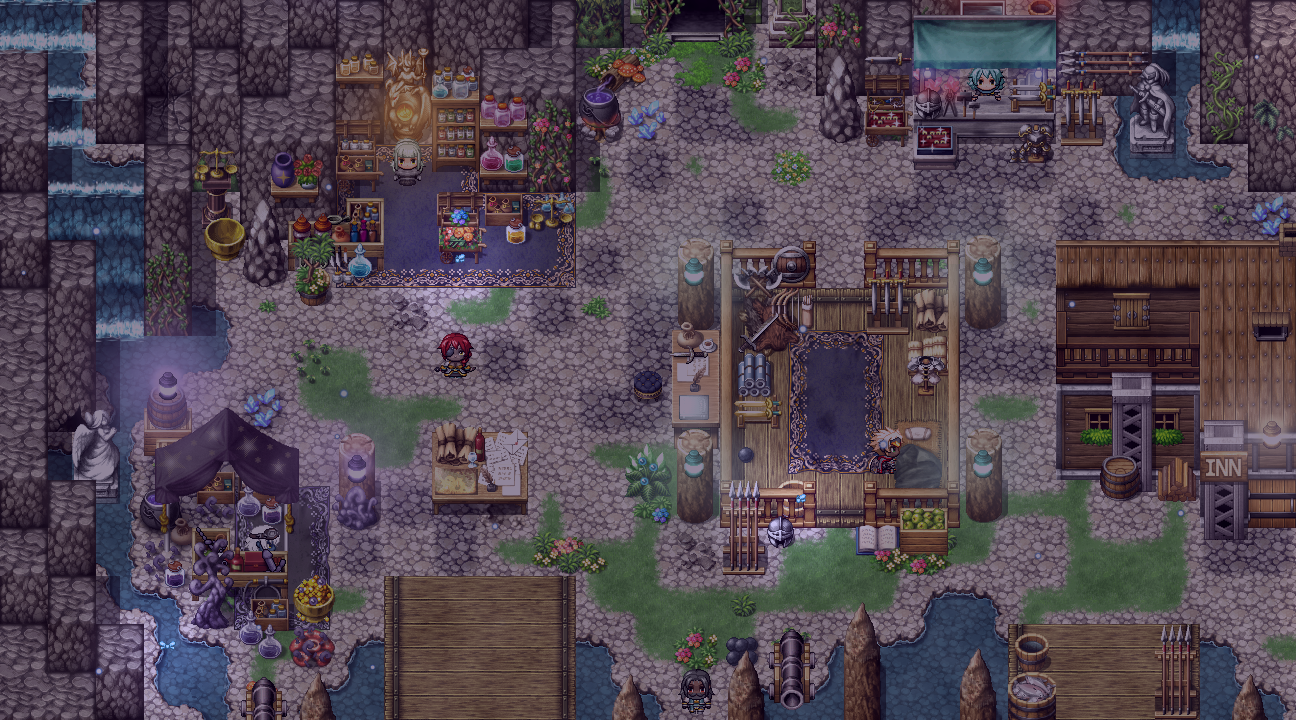 Itch.io: Daughter of Essence by IndoorMinotaur
Game Jolt: Game Jolt - Indie games for the love of it 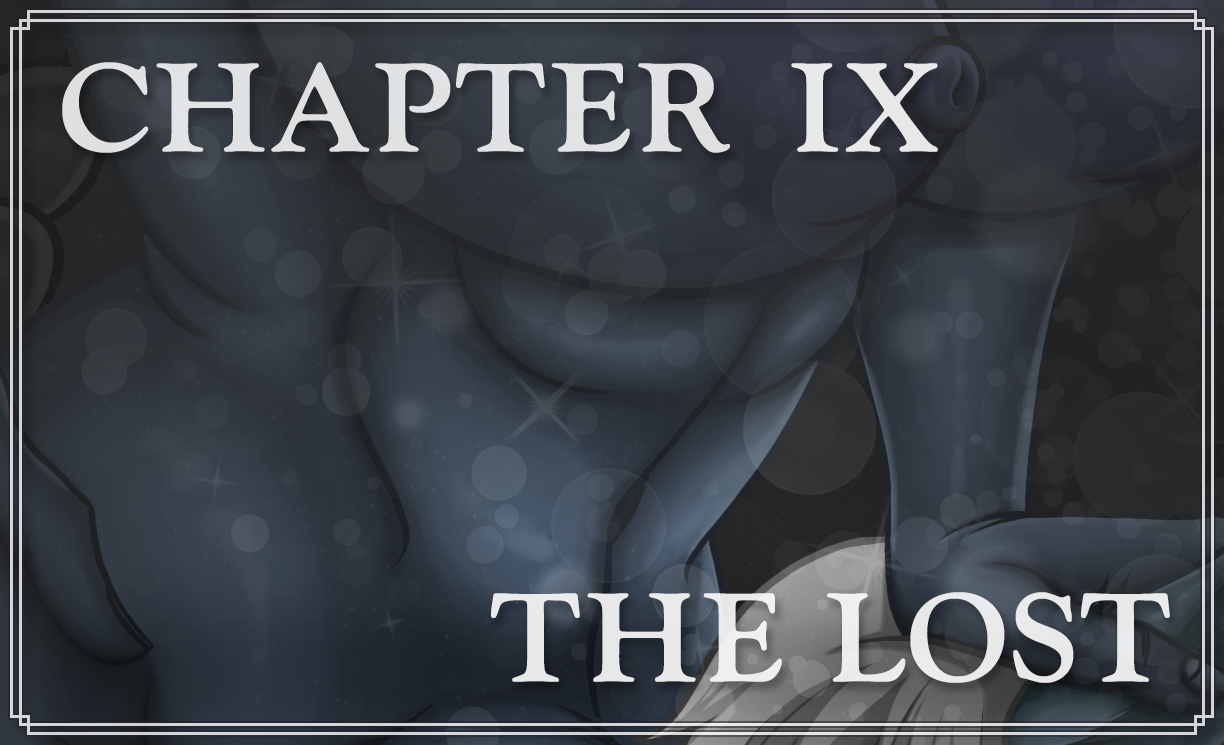 Chapter IX is the penultimate chapter, as far as I'm able to tell.

Thank you! Once we release each uncensored picture publicly, we will update them on here.

I've 'cleaned up' this thread by deleting interim update posts. Once a new update is posted the old updates are no longer relevant.

Yes, I'd appreciate it if you would do so. It would make it easier for people to find the latest news about your game without wading thru post after post of updates.
Very respectfully,
fleet (global moderator) 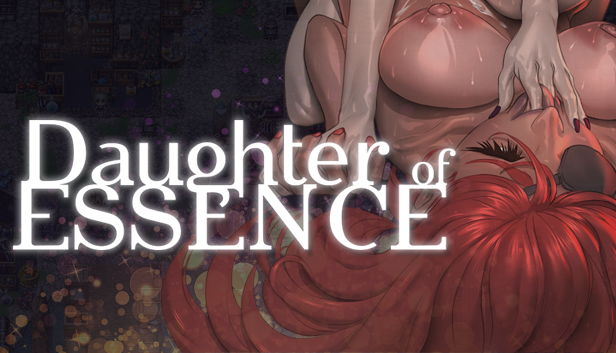 I'm just about done with the game, and now I have to wait for a couple of artists and a couple of voice actors to wrap up some new pieces for me.

By next week, we should be working on the upcoming Steam release! So please keep your eyes out for that.

We're really not sure what our next project will be. We've got some ideas but we're waiting to see how it all pans out.

Thanks for taking the journey with us!

Version 0.161 - 1-15-2021
New scene art added
Added new dialogue lines to some of the cove residents after the final siege
Added a new Rondo segment to the Monastery chapter, in which the player can learn new things about the church and some of the supporting characters there
Added a book in Aster Village with historical details about the crater
Recruitable NPC Bandon is now useable during the siege & has new dialogue
Adjusted a number of lines through the game for added context and better continuity
Fixed a couple of lingering small portraits during combat
Fixed an issue where Moon doesn’t correctly check for clovers to craft potion of plenty
Fixed some typos
Myerte will now correctly appear on the monument if she falls during the siege
Adjusted some lighting for better performance
Fixed some poorly-converted dialogue from smart text to plain-text & resized one of the Vincent and Gertrude scenes
Fixed a tile and passability error in the post-siege residential area
Made it impossible for NPCs to enter the doorframes of certain rooms to avoid them getting stuck for long periods
You must log in or register to reply here.
Share:
Reddit Pinterest Tumblr WhatsApp Email Share Link
Top Bottom