made some adjustments so this can act more like an additional menu to load character folders separate from the regular mods list, as it was originally intended.
with the change of organization, i now don't have to worry about ripping them out from the loader menu system, so it is cleaner.

this is now organized that with the default settings, this mod will now go through a unique folder under your 'Mods' directory you make called '$RIGHTPANEL$'
this folder should have a 'CharacterFolders.txt' just like your 'Mods' folder with a list of the character folders in it
see included Capture screenshots for setup reference. 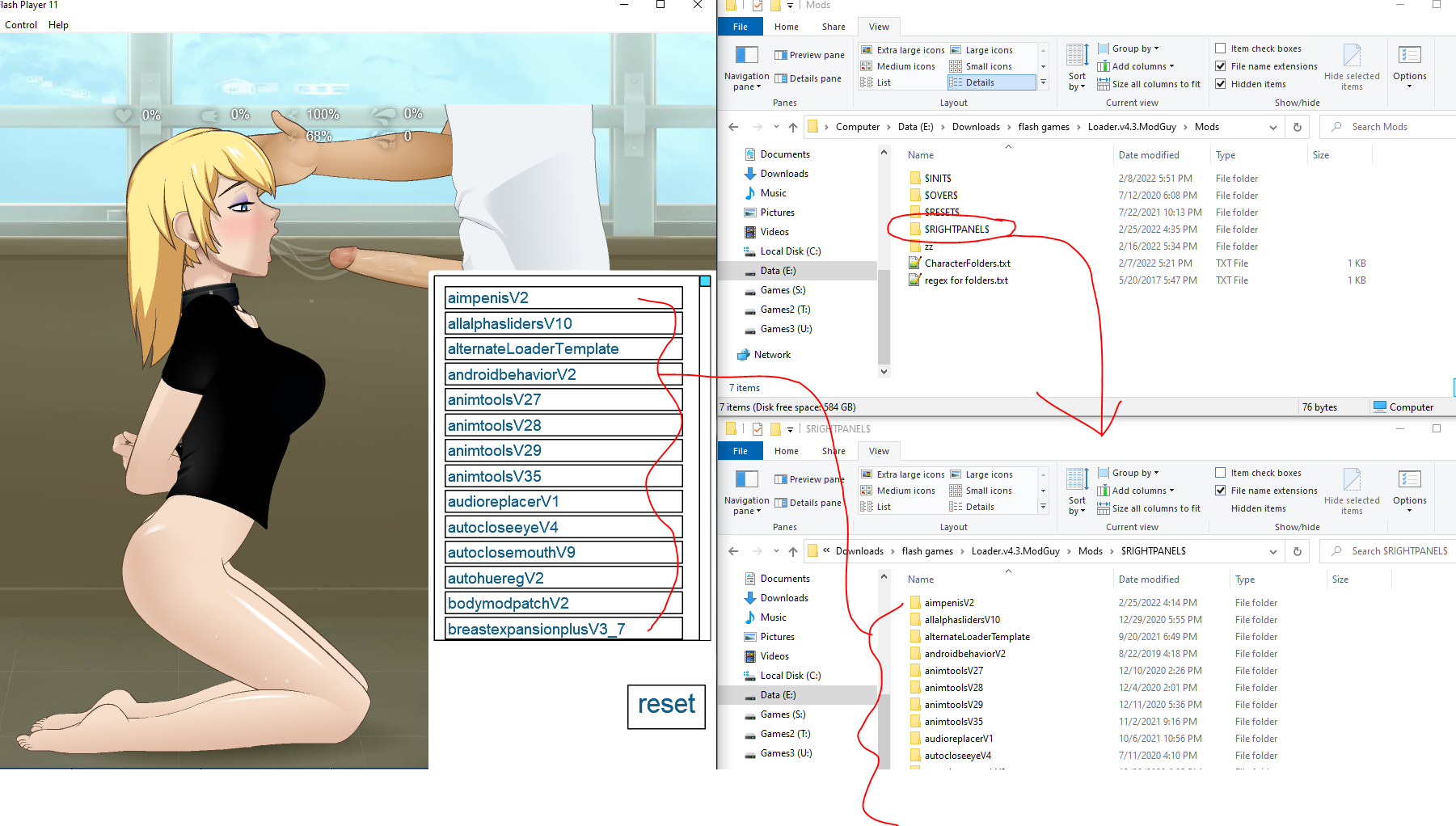 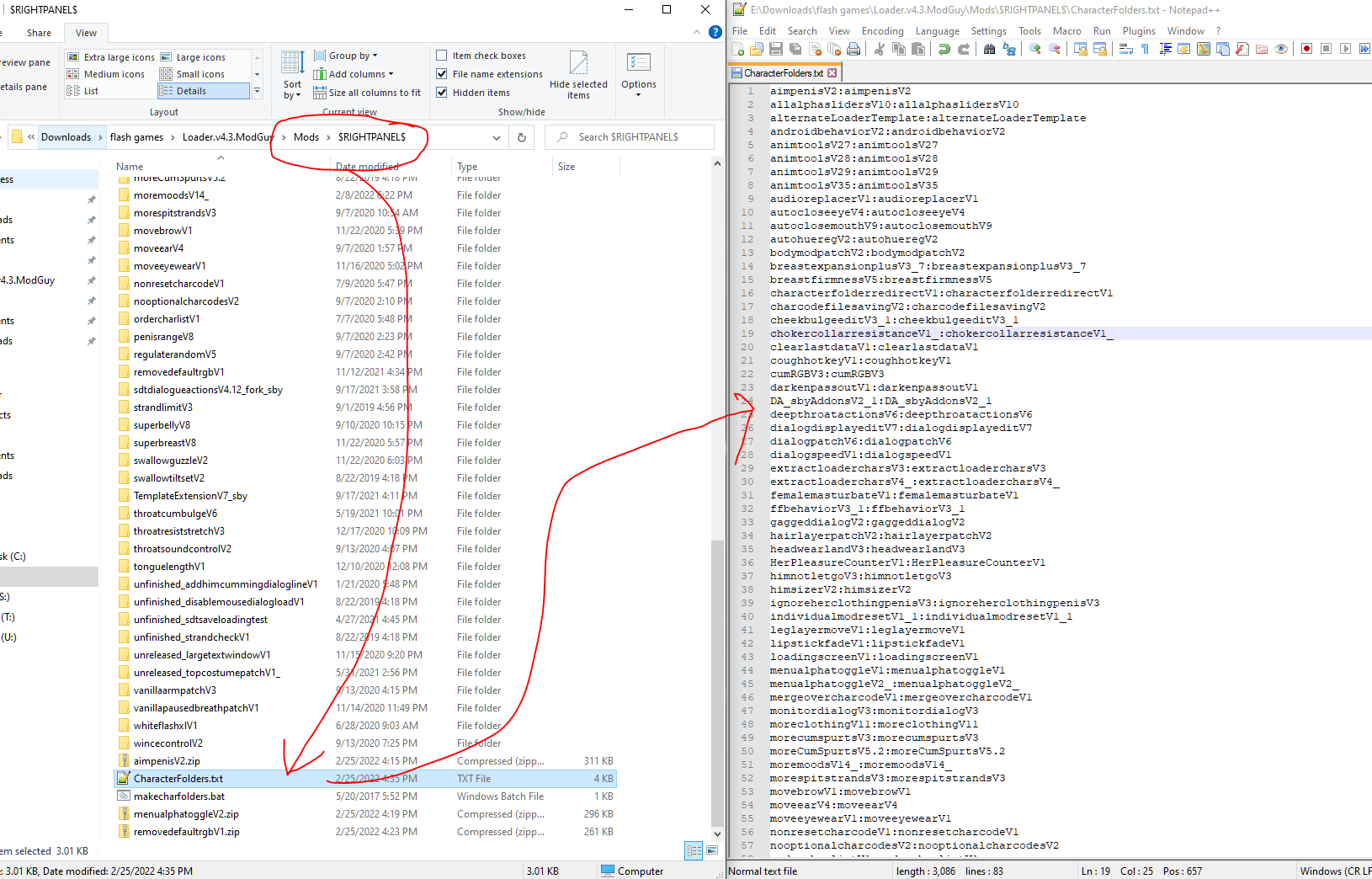 here are the new settings, you can turn back on the mods directory searching for the previous setup of how this mod worked.
reviewRightPanelDirectory=1 ;1=active, this will enable the mod to look into the $RIGHTPANEL$ directory under the 'Mods' folder to create entries on the modpage (this is not a standard directory, you will need to make it. it should be in the same folder location that $INIT$ is )
reviewModsDirectory=0 ;1=active, this will enable the original operation of this mod, where it will browse through the registered loader chars in the 'Mods' folder

added settings option to not remove loader chars from vanilla menu, just copy them
added regular expression settings for other people that may wish to exclude certain characters from being moved.
made things cleaner code-wise


known bug:
if loader folder menus are reloaded, this mod does not remove them again if they are set to be removed
(this was made before that feature was added, and i pretty much just use this for quick access to my stuff for testing so i probably won't update it)

moves loader characters from the vanilla menu to a list in a loader tab(or modpage if setting).
if your loader character starts with "c-" then the mod will leave that character in the vanilla folder. example: c-SamusZeroSuit
~this feature was added because of how i organize my loader folders. i denote actual characters with the c- prefix for easy organization and grouping.

supports thumbnail preview when hovering over loader char.
mod is persistant and will not be unloaded.
Reactions: Brandon420eyes, RokPhenix and kehgal